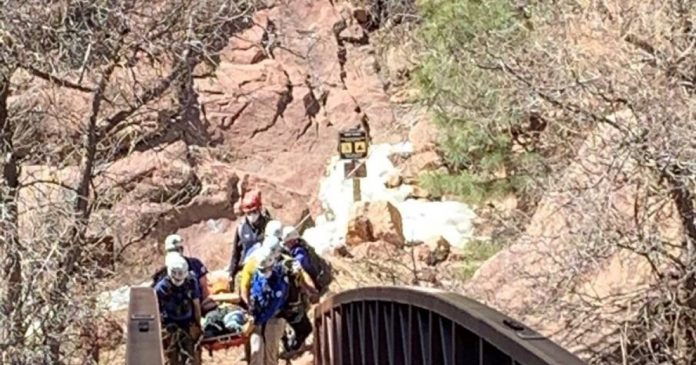 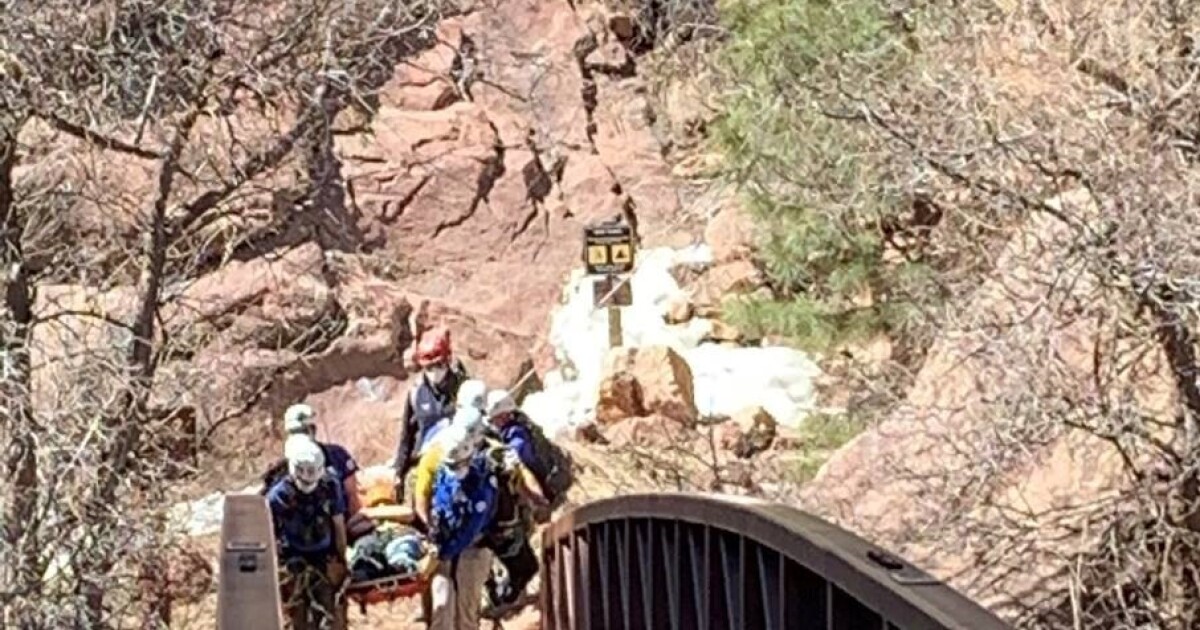 The Boulder County Communications Center received a call for an injured climber around 12:15 p.m. in the area of the Wind Tower in Eldorado Canyon State Park.

The 32-year-old man was lead-climbing the Tigger Route when his handhold broke, causing him to fall and slide approximately 10 feet. His climbing partner was able to prevent him from falling further and secured him in place.

Firefighters from Mountainview Fire Protection District and got to the climber and provided medical care. Then, firefighters and rescuers from Rocky Mountain Rescue Group packaged the injured climber into a litter and splint. Using a rope system, crews were able to evacuate the climber down a scree field to the ambulance.

The climber was taken to the hospital for further treatment.