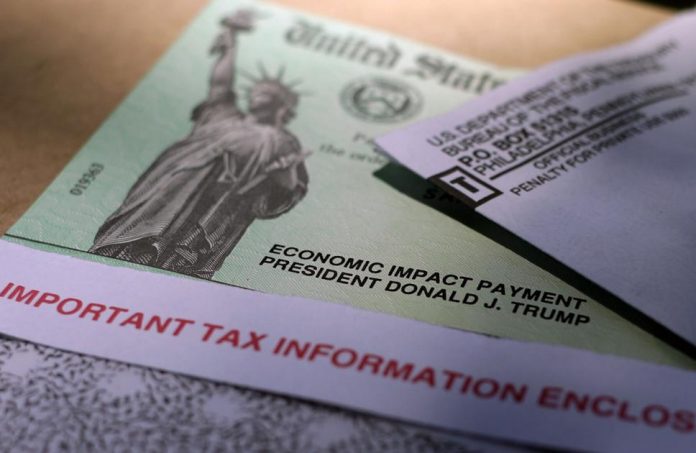 As the third and largest round of federal stimulus dollars is poised to be released to millions of Americans, some Christian churches and faith groups are rebooting a benevolent movement that started last year.

The effort asks people who don’t necessarily need all of their COVID relief money to donate some or all of it to someone that could use it more — a relative, a friend, a neighbor, a fellow church member, a stranger or a nonprofit organization or cause.

The call goes beyond the usual give-to-your-favorite-charity appeal.

While donations are typically part of the charge, it’s also about leaving a big tip at a restaurant, patronizing a small business, buying flowers for a neighbor’s yard and planting them or paying for materials for a home-repair project for a friend.

“Cultivating a spirit of generosity,” is how Jeff Haanen, chief executive officer of the Denver Institute for Faith & Work, describes it.

“The previous message has been to spend it right away, and that’s fair, but a lot of people will be spending it on things they don’t need,” he said.

“Instead, we’re challenging people to think about others who may need it, identify who would that be, what is their need and what does it mean to love my neighbor as myself?”

Haanen founded “Share the Stimulus,” at SharetheStimulus.org, last spring with two friends, Dave Runyon, co-founder and director of CityUnite, which brings faith, government and business leaders together around common causes in the Denver Metro area, and Jason Janz, co-founder and CEO of CrossPurpose, a career and community development program in Denver that works to end generational poverty.

The initiative began after Congress released the first COVID-related allocation of $1,200 to most Americans to stimulate the economy. The federal government provided another $600 in pandemic aid to Americans in December.

Now, the White House expects another $1,400 for adults and children meeting income thresholds to be distributed soon, as part of a $1.9 trillion relief bill President Joe Biden signed on Thursday.

“Share the Stimulus” — which promotes the idea but does not accept or distribute donations — has caught on, with more than $1 million committed.

“Those are just the people we directly knew about,” Haanen said.

Churches, businesses and charities around the state encouraged the movement, and donors have told their stories on the website.

A friend challenged Colorado Springs resident Nate Lake last April to consider giving away his stimulus money to someone who might need it more.

Lake said in a video posted online that he decided to divide his stimulus between two of his siblings, who had not qualified to receive the stimulus money but were in a tough financial situation due to COVID-19.

“It was a no-brainer,” Lake said. “I just decided to split it right down the middle — $600 each — and they were able to benefit from it a lot more than I could have ever benefited from that money.”

Accompanying some checks donors have sent to Crossfire Ministries, Colorado Springs’ largest food pantry, were notes saying the contribution was part of their stimulus, which they wanted to be used for the greater good, said Renee Beebe, executive director of the organization.

“It was a huge blessing,” she said. “It was above and beyond their normal donation, and they wanted us to know they were returning it to the community.”

In fact, one client, who Beebe said could have used the money herself, instead bought hand sanitizer for Crossfire with part of her stimulus and cooked a meal for volunteers.

“This is a family in need, and it wasn’t just extra money for them,” Beebe said. “She took what little she had and turned around and was able to bless us.

“Just thinking about it makes me tear up.”

Helping two people at once

With a new infusion of stimulus money on the way, Woodmen Valley Chapel, which serves about 10,000 worshippers on five campuses in Colorado Springs, likely will reinstitute a giving challenge the church issued last year, said Executive Pastor Joe Stowell.

Church leaders created a fund where congregants could donate all or a portion of their stimulus dollars. The effort raised $400,000, Stowell said.

In addition to benefiting local food pantries, school assistance programs and hospitals with equipment such as air purifiers, the contributions were used in creative ways.

“We tried to do things that helped two people at once — people in need and local business owners who were struggling,” Stowell said.

The movement was divided into “Have a Need/Meet a Need,” with people who needed assistance signing up online, and people who had a skill, a service or a business signing up to help.

Church-goers were asked to look for neighbors, friends or others who had a problem that could be addressed with the donations. People whose car broke down, who had a tree fall on their fence, who had COVID and needed groceries, who needed their sidewalks shoved.

The problems got fixed by mechanics, contractors, landscapers, electricians, plumbers and volunteers, using money from the new fund.

“Seeing people being so generous to help their neighbors was a real bright spot for us,” Stowell said.

The fund also paid for gift cards from local stores, which were given to residents who had lost their jobs.

“It was pretty amazing to hear the stories,” Stowell said. “We take our place in the community seriously and want to contribute however we can.”

Some 25 churches, such as Woodmen Valley Chapel, decided to collect stimulus donations on their own and redistribute the funds to worthy causes.

COSILoveYou, which collaborates with churches, business, and civic organizations to “address the most pressing needs in Colorado Springs,” also started a collective pot of money.

Churches and individuals gave $200,000, Davis said, which has been redistributed across the community.

Volunteers from churches bought groceries for quarantined families and delivered it to people they’d never met before, for example.

About $62,000 worth of donations paid for food-truck meals and takeaway meals for local hospital workers, a project that is continuing into April at both UCHealth and Penrose-St. Francis Health Services.

With the new wave of stimulus funding, “We’ll reach out to churches again to do something similar,” Davis said.

Last year, the organization received money and in-kind donations from 78 churches, from mainline and traditional to evangelical and nondenominational, he said.

“There was no shortage of people who needed help throughout the pandemic,” Davis said.

While many people were furloughed, laid off or had their hours cut, others worked in sectors that thrived during the pandemic.

“They found themselves with a surplus and were able to give back, and they did,” Davis said. “We saw an extraordinary response.”

The question now is will that spirit of generosity continue into the economic recovery,  said Haanen of the Denver Institute for Faith & Work, which provides theological education to bridge public and private sectors and faith.

“Will we keep sharing it with others?” he wonders.

The report concluded that more than $20 billion was awarded for COVID-19 globally last year, with corporations accounting for 44% of the funding and high-net-worth individuals contributing nearly $6 billion.

Human service organizations received 28% of the funding, the largest cut.

“If this wasn’t a record year for many, they’ve had one of the most fruitful years in terms of revenue,” said Davis of COSILoveYou.

“Consider looking around to those you are closest with — a friend, a family member, or a neighbor.”