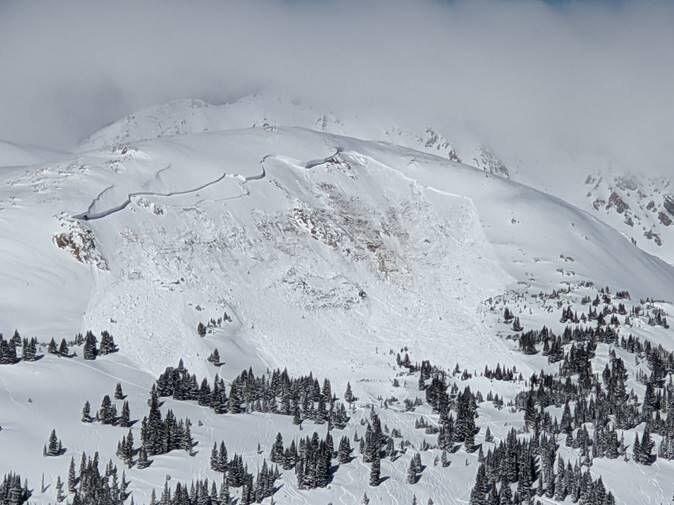 DENVER — Authorities have identified one of two men who were killed in separate avalanches in Colorado on Sunday.

The county sheriff’s office says members of the Alpine Rescue Team found the man’s body in an avalanche debris field near the popular backcountry skiing area.

A person was also killed in an avalanche while snowmobiling near Winter Park in Grand County on Sunday.

The Grand County Sheriff’s Office says responders found the snowmobile had been carried onto a frozen lake and later located the rider in the snow. The man was pronounced dead at the scene.

The Grand County Coroner’s Office is investigating his cause and manner of death.

The deaths of the two Colorado men and a third in Montana over the frigid Presidents Day weekend show how backcountry skiers and others in the Rocky Mountain wilderness risk triggering weak layers of snow that have created the most hazardous conditions in a decade, forecasters say. Backcountry skier Craig Kitto, 45, of Bozeman, Mont., was fatally injured Sunday when the forest slope he and a companion were climbing cracked without warning, collapsed and swept him downhill into a tree. The other person wasn’t hurt.

Avalanche forecasters say they have rarely seen the danger as high as it is now — and it will grow as more snow moves into the Rockies, adding weight and stress on a weak, granular base layer of snow that’s susceptible to breaking apart and triggering especially wide slides on steep slopes.

The main culprit is that ground layer of snow that dropped in October. A dry November weakened it, which is anywhere from several inches  to several feet thick, and despite more snow falling, it’s stayed the consistency of granular sugar, said Dave Zinn, an avalanche forecaster for the Gallatin National Forest Avalanche Center in southwestern Montana.

“That layer consists of large, sugary crystals that don’t bond together well. It’s impossible to make a snowball from it. And when it becomes weighted down, it becomes fragile and breaks,” bringing down the heavier layers on top of it, Zinn said.

“It’s the weakest link in the chain. When you pile on more snow, there’s always one spot that’s going to break,” said Ethan Greene, director of the Colorado Avalanche Information Center.