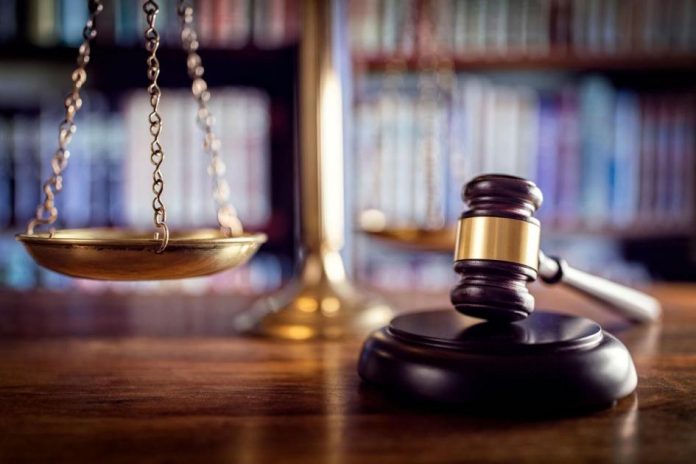 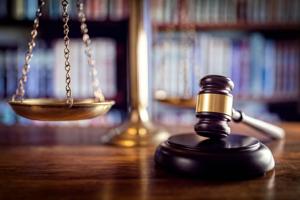 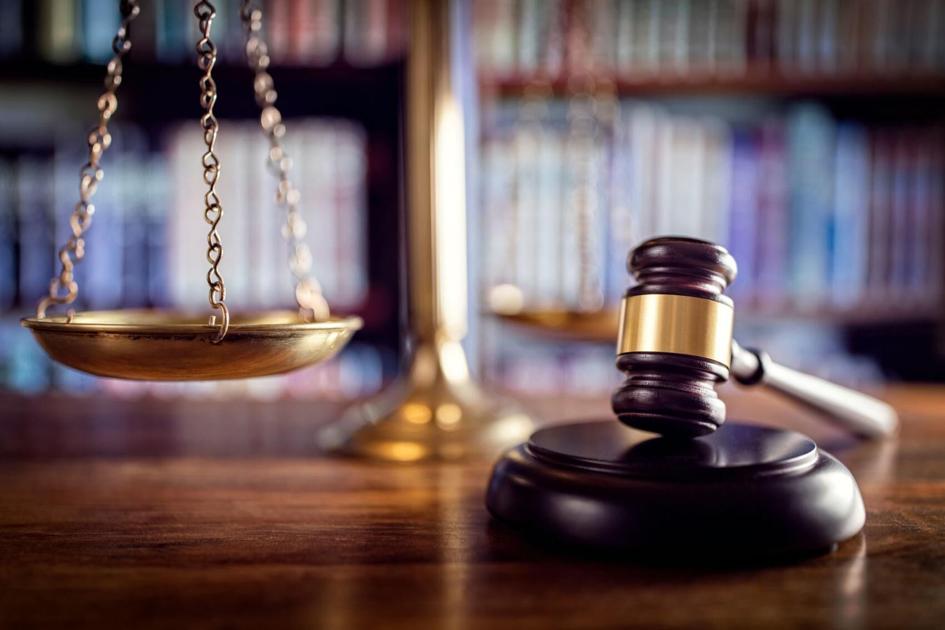 When the Colorado Supreme Court last month revised its legal criteria for establishing common-law marriages, Ann Gushurst observed that the justices seemed a lot less unified on the subject than in other areas of the law.

In a win for LGBTQ rights, a majority of the court determined that common-law marriages among same-sex couples were valid even before the U.S. Supreme Court established the right to marry nationwide in 2015. In doing so, the justices modernized a 33-year-old set of criteria for determining the validity of common-law marriages — criteria that judges should apply when a party seeks to dissolve the marriage.

Instead of considering whether, for example, a woman takes her husband’s last name or the couple cohabits, a range of factors may be in play depending on the context. Those include joint bills, symbols of commitment and the couple’s labels for each other.

However, attorneys in Colorado acknowledge that proving a common-law marriage in court is a lengthy, exhausting process that the Supreme Court’s new standards may have made more difficult.

“This decision says you have to have a fundamental belief in the institution of marriage,” Gushurst said. “What the heck does that mean?”

In contrast to statutory marriage, where a couple holds a state-issued license, common-law marriages require the partners to consent to be married, hold themselves out as married and believe themselves to be married. The two types of marriage are otherwise identical, with common-law partners entitled to spousal health insurance or Social Security benefits, for example.

But that also means the two types of marriage must end the same way.

“People believe that if you’re common-law married, you can break up,” said Carrie Vonachen, an attorney with the Law Offices of Rodger C. Daley and Associates. “The only way you can get a divorce is through the courts. Marriage is marriage.”

Not an overnight conversation

The National Conference of State Legislatures counts seven states, including Colorado, that allow people to still enter into common-law marriages. Historically, the practice was a viable option in the western United States because of the difficulty of finding an official on the frontier with the legal power to perform a marriage ceremony. It could also provide cover for otherwise taboo behavior, such as cohabitation.

“A lot of people don’t want government in their lives,” said attorney Roger Daley. “I think it’s more prevalent than you think, what’s going on in all those houses down the street.”

Jacen Finley, who lives in unincorporated Adams County, has been common-law married for 1½ years, and saw a benefit to not filling out legal paperwork or holding an expensive ceremony.

“We sat down and we talked about it. It was one of those things where we knew we were the one for one another, and it was a mutual decision on both of our parts,” said Finley, 22, who uses they/them pronouns. “We had pretty much been inseparable. Everyone kind of knew it was going to happen one way or another.”

The only problem, they said, was that Finley’s prior employer would not provide a spousal discount on health insurance without a marriage license.

“It’s definitely not an overnight conversation you can have with your partner. It’s one that he and I spent months talking about,” they added.

For couples, attorneys and judges, however, the bigger issue is what happens if the marriage ends. There may be children and assets involved in the separation, and one spouse may have quit their job for the other.

“As you’re litigating, one person says we’re not married and that person usually has something to gain by denying the marriage,” Vonachen said. “That’s where the hearing comes in and people are allowed to present witnesses and evidence.”

“Usually there’s an innocent spouse who’s going to walk away with nothing if the marriage isn’t found,” continued Daley. They estimated it doubles the length of a divorce proceeding, at least, when one partner disputes the validity of the marriage.

Daley also said that common law marriage dissolutions for their firm have become more common, with a guess that he has seen as many common-law divorces in the last 10 years as in the previous nearly three decades. Prospective clients tend to assume they were married because they lived together for a certain length of time, but the reality may not be so clear.

In the case Gushurst argued before the Supreme Court, her client, Edi L. Hogsett, was in a 13-year relationship with another woman. They had joint credit cards and bank accounts, lived together and exchanged commitment rings at a small ceremony. When they broke up in 2015, they filed for a dissolution of marriage in Arapahoe County, but a judge determined Colorado law had barred all same-sex marriages, and they were therefore not married.

Four of the seven justices authored opinions in the Hogsett decision, illustrating several different areas of concern. Justice Monica M. Márquez wrote for the majority, agreeing that while common-law marriages were legitimate prior to 2015, the two women were not married in large part because Hogsett’s partner had said she did not believe in marriage. Márquez’s opinion also updated the factors courts are to consider when determining whether a relationship is a common-law marriage.

Chief Justice Brian D. Boatright agreed with the finding of no marriage, but disagreed that revised criteria were necessary. Justice Carlos A. Samour Jr. believed consenting to a same-sex common-law marriage was not possible before 2015 because couples knew their relationships were not legally-recognized marriages. Finally, Justice Melissa Hart advocated for abolishing common-law marriage altogether given the complexities and misunderstandings about it.

Although Gushurst said that she doubted there would be pushback with an elimination of common-law marriage — and that she would advise her own children against entering into one — she found it disappointing that Hart’s call for abolition was attached to a case about LGBTQ equality.

“Just as gay people get the same rights, it’s like, ‘oh, we need to do away with this,’ ” she said. “It sends a message that I really hope the court didn’t intend to send.”

The trend in states has been toward abolition of the practice. Alabama’s legislature ended future common-law marriages beginning in 2017. In 2019, South Carolina’s Supreme Court similarly pulled the plug.

“We have concluded the institution’s foundations have eroded with the passage of time, and the outcomes it produces are unpredictable and often convoluted,” wrote Justice Kaye G. Hearn. “Meanwhile, courts struggle mightily to determine if and when parties expressed the requisite intent to be married, which is entirely understandable given its subjective and circumstantial nature. The solemn institution of marriage is thereby reduced to a guessing game with significant ramifications for the individuals involved.”

Gregory S. Forman, a family law attorney in Charleston, put it more explicitly, writing that “cases resolving the issue of whether a couple was married at common-law do not become a ‘quest for the truth’ but instead devolve into determining who is the less convincing liar.”

Although he did not believe abolishing common-law marriage in Colorado would be wise, Sen. Bob Gardner, R-Colorado Springs, said that as an attorney, he has advised people to proceed with caution.

“People shouldn’t be cavalier about their relationships,” he said. “If they hold themselves out to the world expressing some intent that they be spouses, they may well be. That in some ways is protective of both of them, and in other ways carries an onerous burden to it that maybe they didn’t they were undertaking.”

In the wake of the Hogsett decision, and a related case in which Daley and Vonachen represented another litigant alleging a same-sex common-law marriage, Gushurst drafted an advisory memo for family law practitioners, outlining what Colorado’s courts will now seek to find.

“The court is to give weight to an express agreement to be married,” she wrote. Mutual consent is the “central” requirement, and any evidence that one party does not believe in the institution of marriage will weigh against the party who claims a common-law marriage.

Gushurst worried that there will be more fights over common-law marriage dissolutions in the future, given how Hogsett’s relationship had many of the judicial benchmarks of marriage, but for her partner’s statement about a lack of belief in the concept.

“Her rejecting the word ‘marriage’ is what turned this case. So since you have that in almost every case, it’s going to be way harder to prove the existence of a common-law marriage,” Gushurst explained.

“It’s not, ‘I think we’re married.’ It’s, ‘we are married’,” Vonachen said. “In a true common-law marriage, you both believe you’re married.”

Daley elaborated that when talking to clients, they become surprised when asked to explain the factors that establish their common-law marriage.

“I start to question them, ‘why do you think that?’ And they all get a little defensive. ‘What do you mean? You want to know whether we file taxes? We’re married’,” he said. “Finally they get it: they’re gonna have to prove it.”

Finley, who is common-law married, admitted that they had not had the conversation with their husband about how to potentially prove their relationship someday in court.

“Maybe that would be a good idea to bring something like that up, just in case something does arise,” Finley acknowledged. “I feel like he and I would both draft up a contract stating that yeah, we consider ourselves married. But I don’t see us separating at any point.”