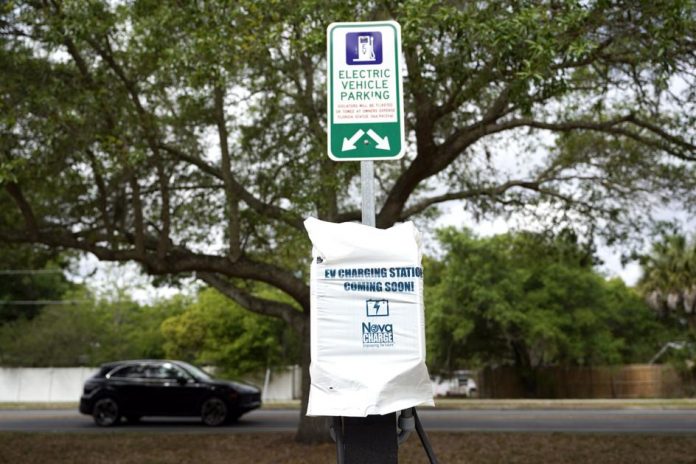 Colorado appears poised to reap some of the benefits from the sprawling $2 trillion infrastructure proposal unveiled by President Joe Biden last week.

“It’s a once-in-a-generation investment in America unlike anything we’ve seen or done since we built the interstate highway system and the space race decades ago,” he said. “In fact, it’s the largest American jobs investment since World War II. It will create millions of jobs, good-paying jobs.”

Ahead of that speech, the White House released a fact sheet on the proposed American Jobs Plan detailing where Biden wants to see federal funding directed, including:

For now, Biden’s proposal remains just that: a proposal. It will fall to Congressional lawmakers to draft the legislation and allocate funds to projects in the coming weeks. Still, a number of areas from Biden’s proposal could directly impact Colorado should they end up in the final legislative text.

The largest chunk of the $621 billion that Biden’s plan devotes specifically to transportation infrastructure and resilience is directed to electric vehicles.

The $174 billion investment is mainly directed at manufacturing, incentivizing automakers to produce EVs and consumers to buy them.

But the proposal also includes a provision seeking to establish grant and incentive programs for state and local governments and the private sector to build a national network of 500,000 EV chargers by 2030, a potential boon to Gov. Jared Polis’ goal of having 940,000 electric vehicles on Colorado’s roads by that same deadline.

Biden’s proposal seeks to incorporate a bill from Rep. Joe Neguse, D-Lafayette, putting $10 billion toward the creation of a 21st Century Conservation Corps. That measure would, among other things, be aimed at increasing job training and hiring for jobs that restore public lands and assist with wildfire mitigation.

Biden’s plan rebrands that effort as the Civilian Climate Corps but keeps the topline price tag the same, a move Neguse praised in a statement.

“President Biden’s plan will reimagine and rebuild a new American economy, putting Coloradans and Americans impacted by the COVID-19 pandemic back to work to build infrastructure for the future,” he said. “This is a bold and visionary proposal that will chart a new course for the American economy over the next decade.”

Biden’s plan seeks to allocate $80 billion for passenger and freight rail service and Colorado will be well positioned to take advantage of that investment.

A map released by Amtrak, the quasi-public national rail corporation, on the heels of Biden’s announcement identified a new passenger rail line from Cheyenne to Pueblo in its 15-year plan to add more than 30 new routes and serve up to 160 new communities.

The federal money could be paired with state funding if a proposed new fee on gasoline passes the state legislature.

Biden’s proposal asks federal lawmakers to pump $100 billion into broadband expansion with a goal of building a “future proof” infrastructure that provides access to affordable high-speed internet to every American.

Lack of adequate broadband infrastructure is a vexing problem for rural Colorado, one that the state Broadband Office reports leaves some 90,000 of rural residents and 65,000 students across the state without access or adequate access to high-speed internet.

While the package would invest in projects across the economic spectrum, some Colorado transportation advocates say they hope to see more money directed toward improving roads and bridges. Biden’s plan would put $115 billion into bridges, highways and roads.

“I’m not trying to minimize the amount of money, I just don’t think it offers a long-term funding solution,” said Greg Fulton, president of the Colorado Motor Carriers Association. “I’m not even sure whether the amount of money would address even some of the substantial current needs across the country relating to our highways and bridges out there.”

Tony Milo, executive director of the Colorado Contractors Association, agreed the plan as present by Biden was not perfect but said it “represents what could be an unprecedented investment in our county’s and in Colorado’s infrastructure.”

“It would provide Colorado with hundreds of millions of dollars to improve our roads, bridges and transit systems as well as significant funding for much-needed water infrastructure projects,” Milo said in a statement. “Colorado’s infrastructure needs are well-documented and if Congress can get this done, it would provide a lifeline of funding that would help us reduce congestion on our roads, improve mobility and safety and begin to implement the mostly-unfunded Colorado Water Plan.”