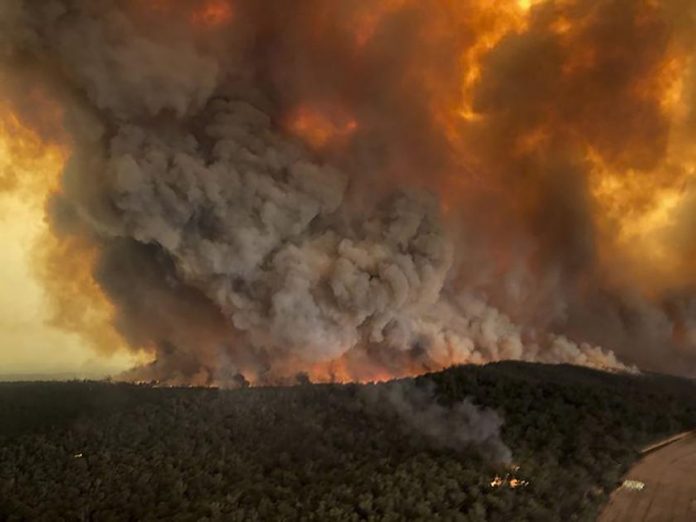 Colorado firefighters have traveled to Australia to help battle the devastating fires scorching more than an estimated 25.5 million acres. The fires have also been blamed for 2,000 destroyed homes, 26 deaths and the deaths of nearly 1.25 billion animals.

Hundreds of thousands of people have also been forced to evacuate, with wildfire damages and losses estimated by AccuWeather to exceed $100 billion since September 2019.

In response to the devastation caused by the wildfires, the United States sent more than 150 firefighters and wildfire specialists to Australia. Among those battling against the blaze of fires are a group of personnel from the U.S. Forest Service in Colorado, according to a report from Denver CBS4.

As of noon Friday, New South Wales Rural Fire Service reported difficult and erratic fire conditions with strong and gusty winds as 147 fires rage across New South Wales. Of the 147 fires, 67 remain uncontained. Currently, about 2,500 firefighters are working the fires.

North Americans adjust to Aussie lingo as they fight fires

USA Today reports the loss of 1.25 billion animals, including species such as kangaroos, wallabies, gliders, potoroos, cockatoos, and honeyeaters. Other estimates indicate 30% of koalas lost, counting as many as 8,400 killed.

American firefighters arrived in Australia to a heroes’ welcome as they set out to join other emergency workers on the ground pic.twitter.com/guH7CDuDsn