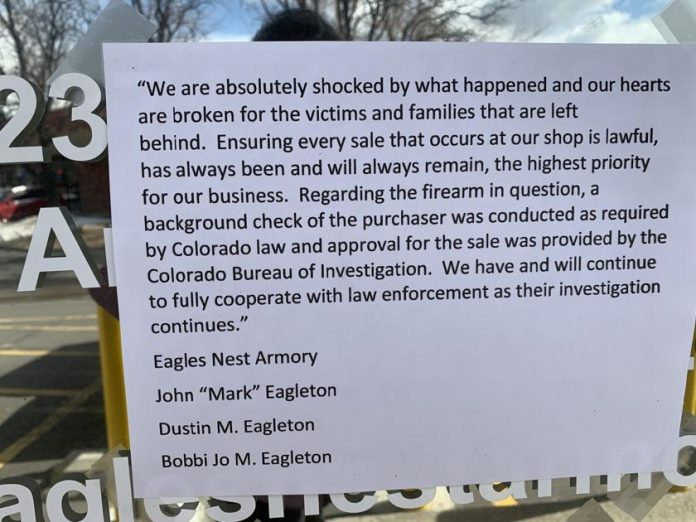 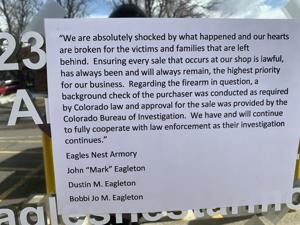 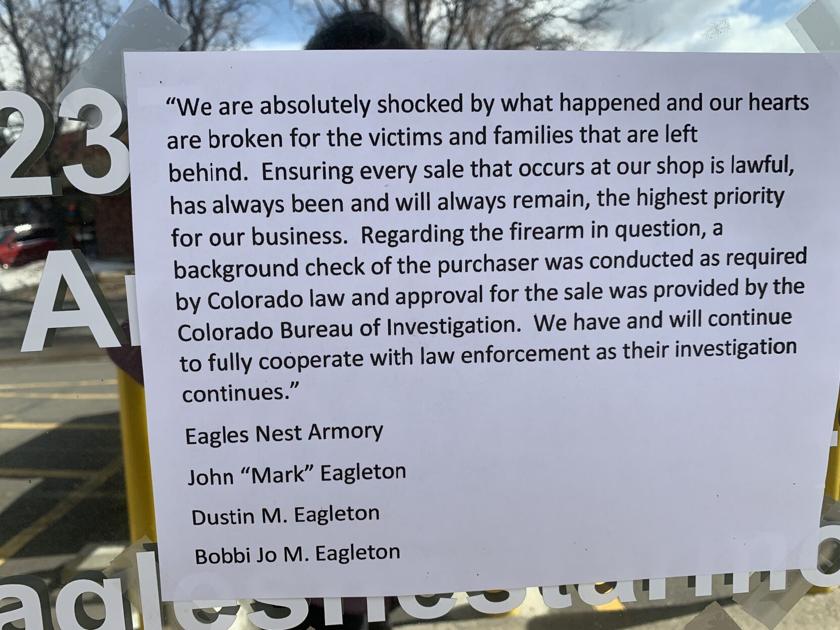 An Arvada gun store owner who legally sold the firearm used in the mass shooting at a Boulder King Soopers expressed shock and offered condolences to the victims’ families Friday.

Boulder shooting timeline: What happened in the tragic hour in and around the King Soopers

But they declined to discuss the matter when approached by a Denver Gazette reporter.

“We are absolutely shocked by what happened and our hearts are broken for the victims families that are left behind,” the statement read. “Ensuring every sale that occurs at our shop is lawful, has always been and will always remain the highest priority for our business.”

Alissa bought the weapon March 16 and cleared a Colorado required background check. The Colorado Bureau of Investigation cleared the sale, the statement read.

The small shop is located in a strip mall right across the street from a King Soopers. A man was sitting at the front door, much like a bouncer would. The shop offers concealed carry permit classes and the walls were covered with racks of firearms of all varieties.

A misdemeanor assault conviction from 2018, which required Alissa was required to undergo anger management classes as part of his probation, did not prevent the sale.

Court records show Alissa was charged with third-degree assault in November 2017 after an encounter with the Arvada Police Department. He pleaded guilty in 2018 and was sentenced to one year of probation, 48 hours of community service and monetary penalties.

Several witnesses said there were no words exchanged or confrontation leading up to the assault. The victim didn’t fight back, and yelled “what the hell” after the attack. The students had been friends, several students told police.

Alissa told the school’s vice principal after the assault that the victim had been bullying him “and he couldn’t take it any more.” He told the vice principal “he blacked out and rushed him” and that he didn’t remember much from the incident.

Alissa told the investigating officer the victim had used derogatory racial terms and bullied him. He admitted to the officer he never reported the supposed bullying to school officials.

In the opinion of the doctor who examined him, the victim didn’t suffer serious bodily injury and the assault was filed as a misdemeanor. Alissa was suspended from school for two weeks.

“We have and will continue to fully cooperate with law enforcement as their investigation continues,” they said in a statement.