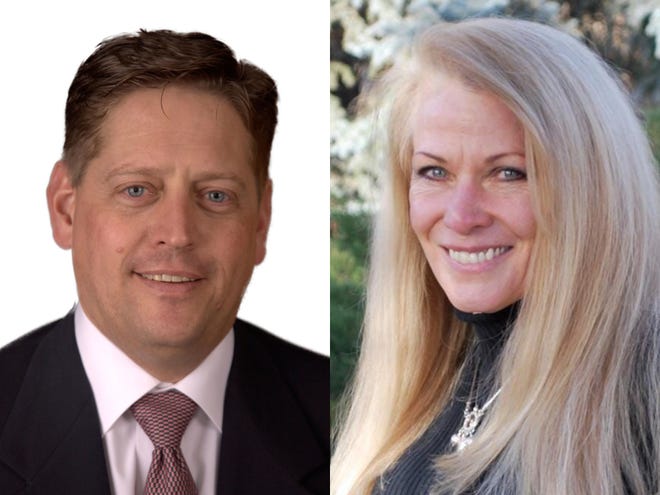 Preliminary, incomplete results indicate they chose Lynch, who has a sizable lead over Marble. In results updated as of 9:30 p.m., Lynch was leading with 66% of votes to Marble’s 34%.

“I think it’s a clear statement that Larimer County is ready for some new leadership,” Lynch said, adding that he’d expected a closer race.

If Lynch holds his lead, this primary will trigger the end of Marble’s 7-year tenure in the Colorado General Assembly.

Marble hasn’t responded to Coloradoan requests for interviews or comment during the run-up to this election and didn’t answer a phone call Tuesday night.

The polls closed at 7 p.m. Tuesday, and results are still rolling in from Larimer and Weld counties, with final, unofficial votes not expected until Wednesday.

The winner of this race will face off with Democrat Yara Zokaie in November to fill the seat of term-limited Republican Rep. Perry Buck.

House District 49 covers the entirety of Larimer County outside of Fort Collins and Loveland, including Wellington, Windsor, Estes Park, Laporte and Red Feather Lakes. The district also includes a sliver of eastern Weld County. Its residents have consistently voted Republican, with Buck winning at least 58% of the vote in four elections since 2012.

At the Republican assembly that set the primary ballot for HD 49, Marble won 61% of delegate votes to Lynch’s 38%.

Marble had the backing of gun rights advocacy group Rocky Mountain Gun Owners’s super PAC, which has spent about $3,500 on robocalls and mailer supporting her and opposing Lynch.