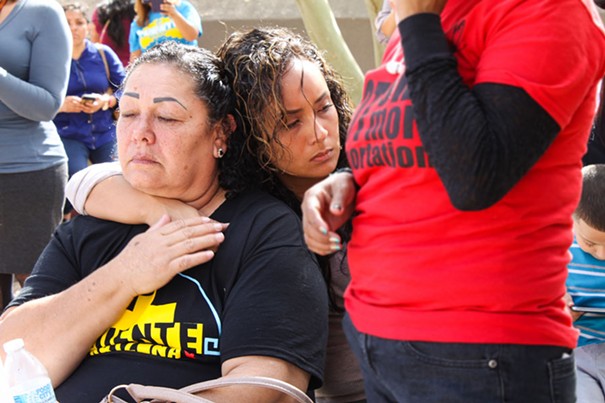 When an individual faces potential deportation from the United States, their options can be incredibly limited. Despite common perceptions, deportation is not just a process for removing hardened criminals. Many people facing deportation today have simply lost their immigration status due to a violation of the terms of their visa, which forces them “out of status.” Local nonprofit Colorado Immigrant Assistants estimates there are around 30,000 out-of-status immigrants living in El Paso and Pueblo counties. The organization’s mission is to support the immigrant community with low-cost or pro bono services for those facing
deportation.

In many deportation cases, an adjustment of status is possible — if the person in question can afford an attorney to help them win their case. Immigration courts deem legal representation to be a privilege; out-of-status immigrants do not have the right to an attorney or a public defender. Most cannot afford an attorney on their own, so their cases are resolved without representation, which often results in deportation. Robert E. Walsh, president and founder of Colorado Immigrant Assistants, refers to this as a “justice gap.”

“In many cases the immigrant has a legal path to adjustment [of status] available, but they cannot avail themselves of such options because they cannot afford an attorney,” says Walsh. “Colorado Immigrant Assistants helps address this justice gap by creating a network of qualified immigration attorneys committed to providing high-quality deportation defense to these individuals at a rate below market value.”

When a person is deported, the impact on those left behind can be profound. Out-of-status immigrants build citizen families and become integral parts of their communities. Their absence can not only emotionally devastate loved ones, it can create economic hardships.

“The deportation process ultimately separates these ‘mixed-status’ families, leaving fatherless children and single parents behind,” says Walsh. “These families are the collateral damage left behind as a result of America’s escalating war against illegal immigration.”

Though the organization was only established in February 2019, Walsh says it has already helped dozens of immigrants with consultations and other services and helped clients remain in the country with their citizen families. It isn’t an easy job, but it is a powerful one, he says. And as Colorado Immigrant Assistants continues to grow, Walsh says, he hopes the organization can continue to recruit board members and volunteers to pursue the nonprofit’s mission.

“The most meaningful experience we have had so far,” says Walsh, “has been the support we have received from members of the community who are able to overcome the largely negative perceptions and attitudes against this vulnerable community, and assist human beings and citizen families find their path to the American dream.”