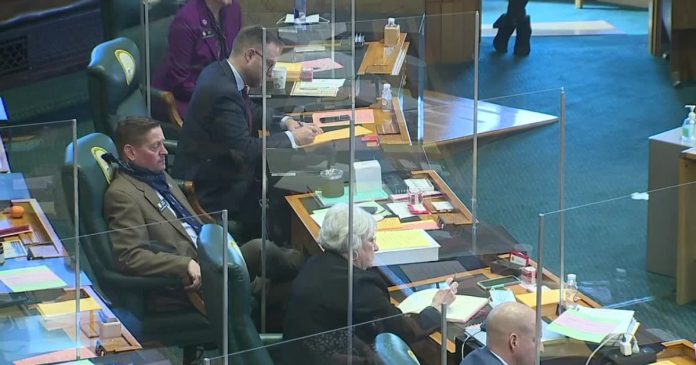 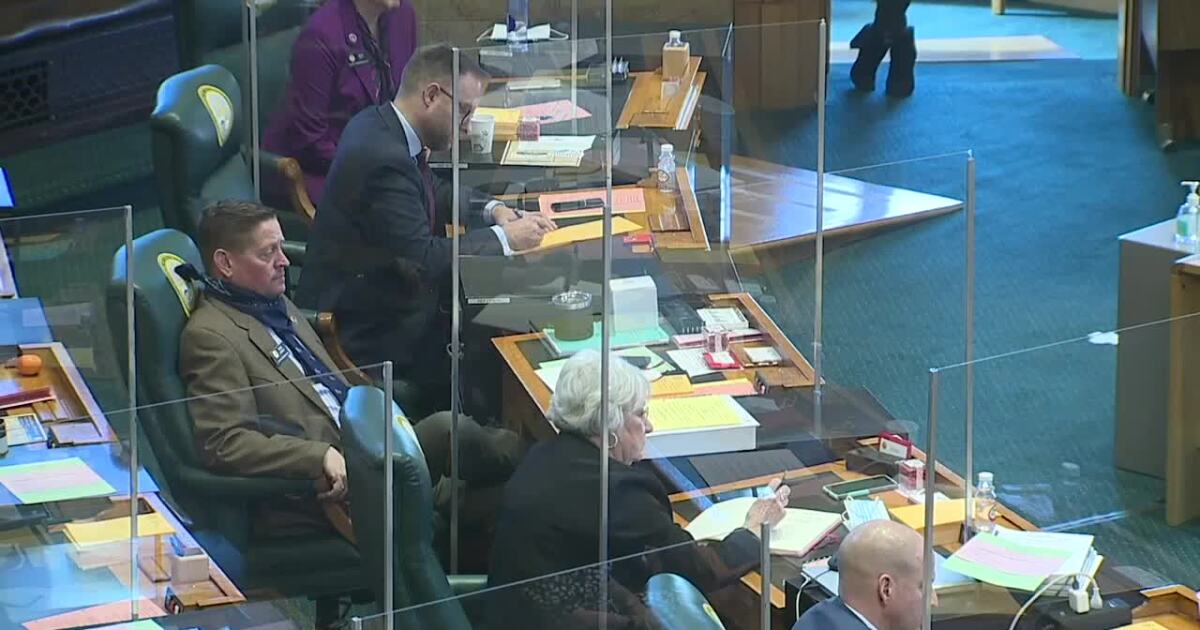 DENVER — Tuesday marked the first day of the second start to the 2021 legislative session at the Colorado State Capitol.

Last month, lawmakers had a “soft-opening” to the session, where they convened for three days to swear in new members and pass a series of pandemic relief bills.

The legislature then recessed for a month so that legislators and staff could get vaccinated and the state’s overall COVID-19 numbers could come down.

During Tuesday’s “hard-opening,” there was much more of the traditional pomp and circumstance associated with the first day, including opening speeches that called for Republicans and Democrats to work in a bipartisan manner.

The biggest priority once again this legislative session will be providing relief to families and businesses still suffering from the effects of the COVID-19 pandemic.

“It’s imperative that we address Coloradans concerns around COVID and COVID recovery. So, what does that mean? It means that we have to get to work to stimulate the economy,” said Rep. Leslie Herod.

Like many other states, Colorado is waiting to find out whether the state will receive more federal funding from another round of stimulus spending.

The Biden administration and Congressional Democrats have been working to finalize a $1.9 trillion relief package that could provide roughly $5 billion to the state.

The first round of stimulus spending came while the Colorado legislature was recessed during the pandemic. Governor Jared Polis allocated much of the money out through a series of executive orders.

This time around, if and when the new round of stimulus spending is passed lawmakers will likely be in session.

“Moving forward now that we are in session, I absolutely think that the infusion of federal dollars into the state will change the conversation on the first floor and the second floor,” Rep. Herod said. “I think it does change the dynamic a bit but also I think it’s a great thing.”

Colorado Republicans are hoping that will result in lawmakers having more of a say in how the money is spent.

“I’m hopeful that those conversations include the legislature because that’s our job. We are the most local voices for our communities and so anytime that we coalesce all of that decision making into one person or one department or one branch we lose the voices of a lot of other people,” said Rep. Hugh McKean.

In recent months, Republicans like Sen. Chris Holbert have brought up the discussion about the legislature being only part time and whether that is something that might need to change.

Supporters of a change argue that this would allow lawmakers to be more nimble in their response to things like the COVID-19 pandemic.

“I do think that our limited number of days in session does hinder our ability to do work. I do believe that our legislature should be full-time, so I’m with the Republicans on that. However, I do think that the executive branch must have the power to intervene quickly and respond quickly especially to crises,” Rep. Herod said.

Before any of that money is spent though, Sen. Chris Holbert says it’s important to understand exactly how much there is to spend so the state doesn’t get in a bind.

While much of the money from a second round of stimulus spending could go to the state, some might be given straight to municipalities or schools.

“If we get these federal dollars, we have to know how many of those are going to come in because it we start to allocate or promise more dollars than we actually have, we don’t have a way to borrow, we’re stuck,” Sen. Holbert said.

Another big focus for lawmakers this legislative session will be focusing on finding ways to lower health care costs.

Rep. Kyle Mullica, who serves as an emergency room nurse when he’s not at the state capitol says he has seen firsthand how burdensome these costs can be on families and he is committed this session to finding a way to help.

“We have a really good concept this year to give the industry the opportunity to correct itself. But we’re also telling them that if they can’t correct it we will step in and make sure we change that trajectory,” Rep. Mullica said.

This time around, Rep. Mullica has signed on to be one of the sponsors of a new public option bill. A similar effort last session was put on hold due to the COVID-19 pandemic.

Republicans are once again pushing back against the idea of a public option, saying it will only result in a redistribution of health care costs and not better quality.

They have a different approach: get government out of health insurance and health care and let competition lower prices.

For Rep. McKean, it’s not just a matter of lowering health care costs but making sure that the level of care improves as well. He is not a fan of a public option plan.

“What I’m currently hearing is that there is a two-year window for insurance companies to provide a formula for care that includes all of the things that people want to include in a public option. The challenges what happens at the end of those two years? I would not support where we just automatically go into a public option that the state provides,” he said.

For now, the public option bill has not been re-introduced. Rep. Mullica says they’re waiting to see whether the industry is serious about lowering its costs before moving forward with legislation.

“I don’t care who lowers the cost of healthcare, if it’s the industry or if it’s us. If they can figure it out then I think that’s great, but if they can’t then we need to be prepared to step in,” he said.

Another bill Rep. Mullica is introducing would create a sort of health care reserve corps in the state that would stand up in emergencies like the National Guard.

The bill, which is co-sponsored by two other lawmakers who work in health care, would allow for medical professionals to be cross trained to help in emergencies and be protected from liability.

On the first day of the session, there was also a bit of drama. Rep. Donald Valdez took a moment of personal privilege to speak out against freshman Rep. Ron Hanks, who was at President Trump’s rally on Jan. 6.

There is no evidence Rep. Hanks was in the capitol and no charges have been brought against him.

Nevertheless, Rep. Valdez called for a committee to be formed to investigate the freshman representative’s involvement and called for Rep. Hanks to be removed from his committee assignments.

However, partway into his speech, Speaker Alec Garnett cut Rep. Valdez off, saying it was not appropriate to address.

“I appreciate speaker Garnet understanding that that’s really not the role of the legislature and that representative Hanks during the events of January 6 was not sworn in as a member and truly he’s just here to represent his constituents,” said Rep. McKean.

The minority leader told Denver7 that they are not entertaining the idea of removing Rep. Hanks from his assignments.