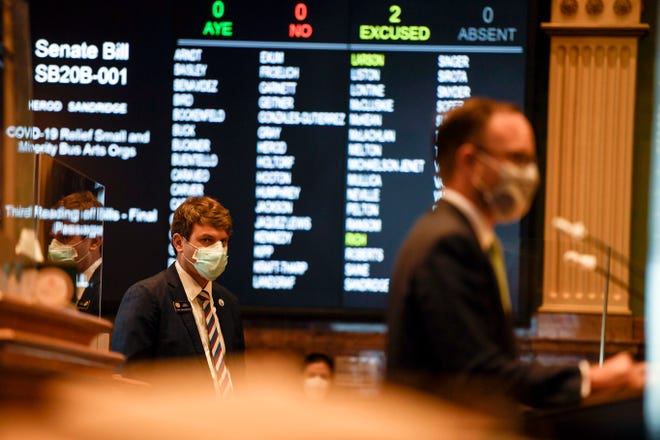 As a special unemployment benefit ended abruptly over the weekend, the state legislature this week took a stab at bringing it back.

The problem was the expiration of the extra 13 weeks of State Extended Benefits, which turn on when the jobless rate goes over 5% and turn off when it falls below 5%. The program ended Saturday in Colorado because the state’s insured unemployment rate hit 4.9% in early November. Had the rate not fallen, SEB would have ended Dec. 26.

But on Wednesday, the General Assembly approved a bill that changes how the state’s eligibility for SEB is calculated and sent it to Gov. Jared Polis, who is expected to sign the legislation. As part of a late amendment to the Senate Bill 2, which dealt with housing and direct COVID emergency assistance, lawmakers adopted a second trigger to calculate unemployment rates differently.

Instead of just counting the roughly 130,000 people receiving regular unemployment benefits, the second trigger also counts those who’ve exhausted their benefits and moved on to federal benefits covered by the CARES Act. That’s about 75,000 more people who will now be counted in the total unemployment rate, or TUR.

“If we had had this trigger in place on Nov. 28, we would have not gone into the situation that we’re in right now,” said Rep. Cathy Kipp, a Democrat from Fort Collins who helped research the amendment.

This story is being published partially at Coloradoan.com and in full in Coloradoan print editions through an agreement with the Colorado Sun. Read the full story online at coloradosun.com.