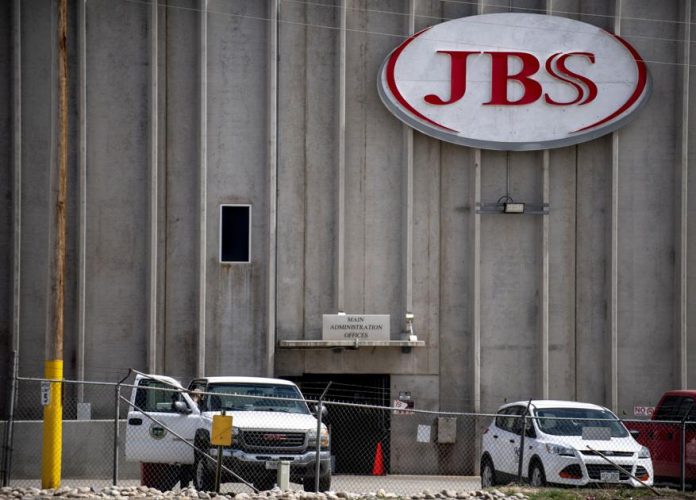 DENVER (AP) — A major meatpacking plant in Colorado that closed because of a coronavirus outbreak that claimed the lives of four workers is set to reopen Friday after a two-week disinfection, even as some question how employees can maintain social distancing inside the facility to curb the spread of the disease.

The JBS USA plant in Greeley was partially closed April 11 after health officials in Weld County cited the close proximity of workers to each other and employees working while they were sick as factors in the outbreak. At least 102 workers have tested positive for the coronavirus, according to state health officials.

A spokesman for JBS, which employs about 6,000 workers at the Greeley plant, did not immediately return a telephone call and an email seeking comment Thursday. But state health officials said JBS has made progress in sanitizing the plant.

“We feel that we are there,” Jill Hunsaker Ryan, executive director of Colorado’s health department, said during a news briefing.

Ryan said officials from the state and Weld County, the U.S. Centers for Disease Control and Prevention and the National Institute for Occupational Safety and Health have worked at the plant along with “industrial hygienists” hired by JBS.

Weld County health officials and JBS have developed a testing and containment strategy that requires employees who show symptoms during a daily entry screening process to be tested. The county health department also will staff a testing station onsite through Tuesday for two hours at the beginning of each shift, and employees must now wear face masks and practice social distancing.

But some say that because of the way meat packing plants are designed, it will be difficult to make sure workers don’t spread the virus.

“There’s just so many places in the plant, and just the job itself, it’s going to be really hard to social distance,” said Kim Cordova, president of the union that represents about 3,000 of the workers.

She said processors are “elbow to elbow” when the production line is operating at normal speed.

Weld County health officials did not immediately respond to an email Thursday questioning how social distancing will be maintained.

The facility had its first known coronavirus death April 7 in a 78-year-old plant employee. The company denied the employee was at work while he was sick or that he contracted the virus while at work.

JBS USA CEO Andre Nogueira said the day before the plant closed that the company was paying more than $1 million for thousands of testing kits for workers. But JBS has been tight-lipped about the process and how many employees have been tested. Some employees and their union have pressured JBS to provide more tests before the plant reopens.

Cordova, who said none of the union workers were tested, worries that asymptomatic employees who have the coronavirus, as well as those who don’t report symptoms, will trigger another outbreak when they return to work.

JBS USA is a subsidiary of Brazil-based JBS S.A., one of the world’s largest meat processors, and holds a majority interest in Pilgrim’s Pride, the United States’ second largest poultry company.

Several plants across the country have closed because of infected workers. Among the latest was the closure Wednesday of Tyson Foods’ huge pork-processing plant in Waterloo, Iowa, after numerous workers tested positive for the coronavirus.

That follows closures of a Smithfield Foods pork plant in Sioux Falls, South Dakota, and many others. Some, including the Tyson pork plant in Perry, Iowa, have reopened after deep cleanings. Also Thursday, the Tyson Fresh Meats beef plant in eastern Washington state announced it was temporarily shutting down to test all its 1,400 workers.

Greeley is in northern Colorado’s Weld County, which on Thursday accounted for at least 70 of the state’s 552 reported coronavirus deaths.

For most people, the coronavirus causes mild or moderate symptoms, such as fever and cough that clear up in two to three weeks. For some, especially older adults and people with existing health problems, it can cause more severe illness, including pneumonia, and death.