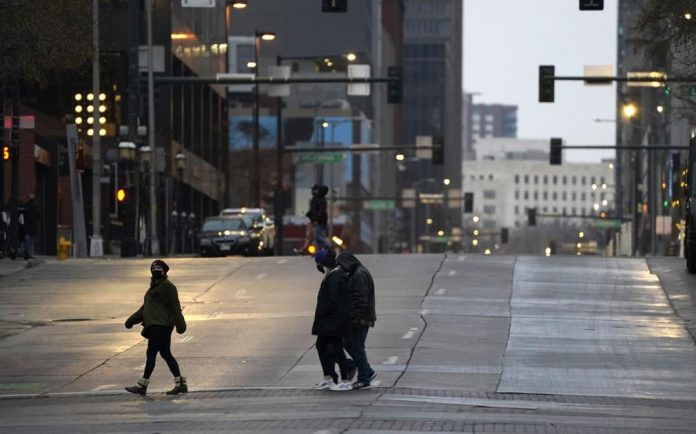 Colorado is hoping to vaccinate 70% of residents over 69 years old by the end of February, Gov. Jared Polis said Friday at a news conference in which officials warned of an uptick in cases.

The 70-and-older population is the focus of the state’s current vaccine priority, now that many health care workers have been inoculated and pharmacies are moving forward with efforts in long-term care facilities.

The timeline is dependent on the federal government continuing to reliably distribute the vaccine to Colorado.

Though the state receives roughly 70,000 shipments per week, one of the vaccines — the one made by Pfizer — has been more inconsistent.

Because the state is receiving only 70,000 doses a week, many older residents will have to wait a few weeks before they can receive their dose.

But there are variables that could improve that timeline, the governor said.

For one, two additional vaccines — by Johnson & Johnson and AstraZeneca — might be approved in the coming weeks in addition to the Pfizer and Moderna vaccines already approved.

Health officials are also examining whether they can safely delay administering the second Moderna vaccine shot, which would allow for more first doses to be distributed at the cost of a longer period between first and second inoculations.

What’s more, President-elect Joe Biden indicated this week that he would more rapidly distribute doses to the state.

Colorado ahead of the pack on vaccine distribution, though fewer than half of doses have been used

But Polis said that plan might have a significant downside: If the federal government pushes out all of its available doses, then states will have a harder time ensuring that every patient who has received their first shot will have a second one waiting three to four weeks later.

The state’s hospital systems are preparing to significantly ramp up their inoculation efforts as the state turns to its first general population group of older residents.

Centura, for instance, will be able to vaccinate 9,000 people a day immediately. That capacity should ramp up to 20,000 a day by the end of February, Polis said.

Older Coloradans can register to get vaccinated with their hospitals, local health agencies, retail pharmacies and community health centers.

Polis said hospitals will not give preference to those Coloradans who are already established with a specific facility.

It’s unclear how many vaccines have been distributed to another top vaccination priority: long-term care facilities.

CVS and Walgreens, which are jointly setting up clinics and inoculating residents and staff, are weeks away from completing their effort.

CVS has doled out more than 6,400 doses across long-term care facilities.  Walgreens has declined to detail its numbers.

Asked about Walgreens’ obfuscation, Polis said he would forward a request to the pharmacy for hard numbers and that the state “hopes and expects” transparency from the company.

Even as good news about increased vaccination across the state, Polis and state epidemiologist Rachel Herlihy warned that cases have risen in recent days after steady declines throughout December.

That increase is likely because of two factors, they said. For one, testing fell markedly at the end of last month, which meant fewer cases were identified.

The second cause, Herlihy said, is likely from Christmas. Officials have long feared that holidays can act as communitywide super-spreader events.

It’s too early to gauge the effect of New Year’s, Herlihy said.

The other wrinkle facing Colorado is the increasing presence of a new and significantly more contagious version of the virus, first identified in England.

Colorado was the first state to confirm a case, and several more have followed in recent days.

Thought the new strain “is not the dominant strain” in Colorado, Polis said “community transmission” of the new variant is occurring.

He said the new strain took off in southern England, outpacing other variants. That’s the concern for Colorado.

Still, he said the same measures already in place to slow the spread of COVID overall — masks, social distancing, limited capacity in businesses — remain the best way to fight the virus, regardless of mutation or strain.

The state is “rapidly expanding our surveillance,” Herlihy said, to better monitor the presence of the new strain.

Hospitals are sending specimens to the state lab instead of processing them in-house, so they can be tested for this new variant.