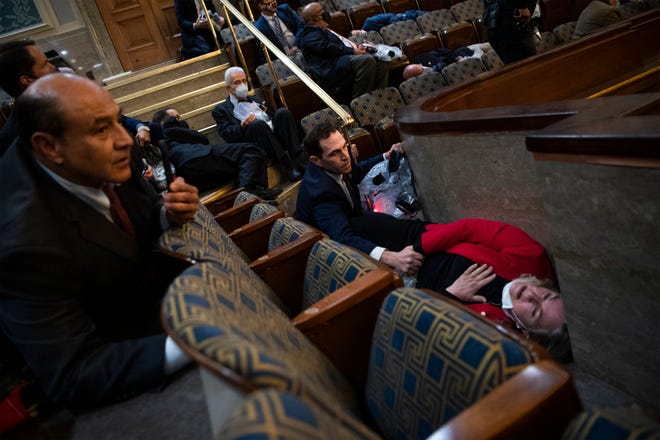 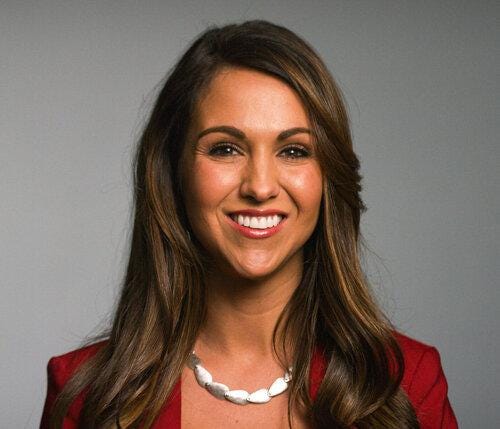 Colorado State Rep. Lauren Boebert, a freshman Republican serving the Third Congressional District, reported she had been suspended from Twitter for a week on Wednesday morning through her campaign Instagram account.

However, by Wednesday afternoon, Boebert was able to tweet from her account once more, saying the suspension had been lifted. She cited media attention as the reason for the lifted suspension.

According to her Instagram post regarding her suspension, the limiting of her account was due to a violation of the Twitter Rules, and prevented her from liking, tweeting or retweeting content, but did not prevent her from sending direct messages and browsing the social media site.

Boebert has been subject to scrutiny during her first week on Capitol Hill, not least of all for tweeting details on the whereabouts of House Speaker Nancy Pelosi, a Democrat, during the Jan. 6 invasion of the Capitol, and for standing firm in her intentions to carry a handgun into the House chamber.

Earlier this week, metal detectors were installed outside the House chamber, a move Boebert called a “political stunt,” and blamed Pelosi.

Tuesday night, Boebert was briefly denied access to the House floor when she set off a metal detector and then refused to allow Capitol law enforcement to search her bag. Minutes later, she took to her Twitter account.

“I am legally permitted to carry my firearm in Washington, D.C. and within the Capitol complex,” she wrote. “Metal detectors outside of the House would not have stopped the violence we saw last week — it’s just another political stunt by Speaker Pelosi.”

She also tweeted that her concealed carry permit was “issued by the District of Columbia Metropolitan Police.” On Wednesday, she issued a full statement.

“It is a shame that Nancy Pelosi is trying to disarm Members of Congress in the very place that needed more protection on January 6th,” she said. “It is clear metal detectors would not have deterred the violent acts we saw; this political stunt does nothing to improve the safety of Members in the Capitol complex. It is also quite ironic that some have taken my tweets out of context to falsely accuse me of endangering Speaker Pelosi, that she now telegraphs to the entire world that Members of Congress cannot defend themselves in the House Chamber.

“As I have said in previous statements, I will comply with all applicable firearm laws and regulations. I want to again thank the brave men and women of the Capitol Police for their service and for keeping us safe.”

Rep. Jackie Speier, a Democrat serving California’s 14th Congressional District, reported on Twitter she had asked Capitol Police if anyone had refused to be screened before entering debate chambers, and was told “plenty.”

In response, Colorado Gov. Jared Polis tweeted that when he served in Congress prior to becoming governor, he was often made to change his sneakers for dress shoes, as well as don a tie, before entering debate chambers.

On Friday, Jan. 9, Pueblo residents took to the street in front of where Boebert’s district office would likely be located, calling for her to be removed from her seat or for her not to be given any committee assignments.

Boebert has decried the violence at the Capitol on Jan. 6, but she has defended her tweets in opposition of impeachment and those that cite election tampering, although evidence of such tampering has not surfaced.

“The violence that took place on January 6th was indefensible and these criminals should be prosecuted to the fullest extent of the law,” Boebert said in a prepared statement. “I followed the Constitution and historical precedent to object to Electoral College votes from Arizona and Pennsylvania. Some partisan officials and press have chosen to mischaracterize several of my tweets.

“Let me be clear: I do not support unlawful acts of violence and support the rule of law. Furthermore, my tweets came after both events referenced occurred and I never disclosed secure locations. Media outlets were also reporting the exact nature of my tweets via television. I am grateful for the service of law enforcement officers who kept us safe.”

The Colorado representative’s brief Twitter suspension followed the banning of President Donald Trump on many social media platforms, including Twitter and Facebook, citing the possibility of further incitement to violence.

Boebert and other Trump supporters have accused the tech companies of silencing the president and his supporters. She noted in another tweet, published Jan. 9, that she had lost 30,000 followers in the purge of accounts that were affiliated or spreading the QAnon conspiracy.

On Jan. 9, Boebert tweeted a video showcasing what she believed to be violent rhetoric from media reports and Democrats.

“Democrats have normalized violence and proved it to be an effective tool to advance an agenda,” she captioned the video. “They now have the control they’ve been pursuing and their first act is a social media purge. Republicans have to end this attack on free speech.”

Fellow Colorado representatives were largely silent on the matter, although President of the Colorado Senate Leroy Garcia Jr. released a statement.

“I am shocked and embarrassed by Rep. Boebert’s actions over the last week,” he said. “Not only has she participated in inciting violence, she has aligned herself with extremists that are intent on causing harm to our country.

“She does not represent my values or the values of Southern Colorado. We need more leaders like Representative (Jason) Crow, who when faced with great personal threat, acted with bravery and resolve. He comforted vulnerable people in their time of need, while Boebert tweeted out the location of public servants to an angry mob. Let that sink in.”

Rep. Ken Buck, R-Colorado, did not comment directly on Boebert, but called for civility.

“It’s our responsibility, as members of Congress, to tone down the rhetoric,” he said. “Left or right, we all need to act as leaders and come together during this time.”

Chieftain reporter Heather Willard can be reached at HWillard@chieftain.com.