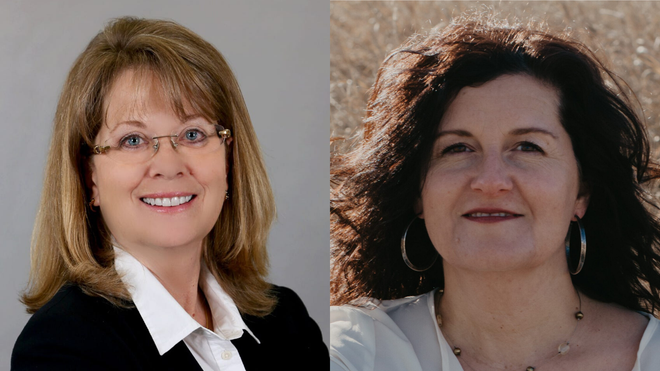 Democrat Sally Boccella will face Republican Barbara Kirkmeyer in November in the race for Senate District 23.

Boccella and Kirkmeyer had sizable leads over their opponents in early, incomplete results as of 9:15 p.m.

Boccella, a substitute teacher who had endorsements of influential party members such as U.S. Rep. Joe Neguse and Colorado Attorney General Phil Weiser, couldn’t immediately be reached for comment Tuesday night. But she declared victory on her campaign Facebook page just before 9 p.m., writing “what we set out to accomplish 9 months ago has come to fruition.”

“It is because of your votes and your support that we can now look to winning the general election, moving the district forward, and ensuring our Colorado way of life for all,” Boccella wrote.

Kirkmeyer said by phone Tuesday night that she was “feeling pretty confident” about the results. She said she thinks her accomplishments as a Weld County commissioner, including her leadership in eliminating the county’s debt and securing funding for Interstate 25 construction in Weld County, led to higher support among voters.

“That kind of experience, that kind of leadership, those proven results — I think they resonate with people,” she said. “Right now, this economy is in bad shape for the state of Colorado, and we need people (in the legislature) who understand how to get things back on track.”

Nicoll, a University of Colorado-Boulder professor who immigrated to the U.S. from Poland in 2003, ran to the left of Boccella and entered the race late in the game because she was awaiting her American citizenship. She said Tuesday night she considered the results a “terrific accomplishment” on her part even though she was trailing Boccella.

“This speaks to the values that were resonating with the electorate, and I think this is already a victory, in a sense,” she said. “I’m absolutely, 100% willing to support our party’s nominee for this seat. I know how critical it is that we get this seat blue come fall.”

Senate District 23 is currently represented by term-limited Sen. Vicki Marble, who was far behind opponent Mike Lynch in the House District 49 Republican primary on Tuesday.

SD 23 is a long, narrow region covering Timnath, Windsor, Johnstown, Firestone, Frederick, Broomfield and part of Longmont. Its residents supported Marble, a Republican, with 56% and 58% of the vote in 2012 and 2016, but the district’s changing demographics have some Democrats hopeful the district could go blue in the 2020 election.

The ballots cast in Tuesday’s election — the first statehouse primary held since Colorado moved to allow unaffiliated voter participation in primaries — seemed to support the notion of changing demographics. As of 9:45 p.m., slightly more Democratic ballots (26,130) had been processed than Republican ballots (24,808).

In the Republican assembly vote that set the primary ballot, Parchment won 66% of the vote to Kirkmeyer’s 34%.

Rocky Mountain Gun Owners’ super PAC spent about $6,200 in the SD 23 Republican primary, funding mailers, robocalls and texts supporting Parchment and opposing Kirkmeyer. The pro-gun rights group has targeted Kirkmeyer, who lists preserving Second Amendment rights among her top priorities, since 2017. Their opposition stems from a dispute over a firearm ban inserted in development requirements for a private horse-racing track.

In the Democratic assembly vote that set the primary ballot, Boccella won 66% of the vote to Nicoll’s 34%.