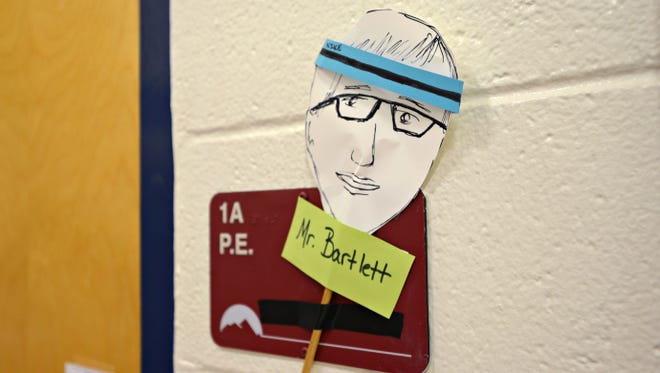 Mark Bartlett was not in his class at Irish Elementary School on Friday morning.

Instead, Bartlett joined a number of other educators and school administrators who testified virtually in front of the Colorado House Committee on Education in favor of a bill that would require the Colorado Department of Education to request a federal waiver to suspend portions of Colorado Measures of Academic Success, or CMAS, testing for the year.

“After nearly a year of unconventional education, we’re playing catch-up to develop these essential skills,” said Bartlett, who teaches fourth grade and physical education and emphasized the importance of skills like teamwork and communication that are not measured in a standardized test.

Bartlett, who has taught at Irish for nine years, said students need to spend their remaining time in school building social and emotional skills that they were unable to work on throughout the year. He added that there’s already been site-specific assessments and Measures of Academic Progress, or MAPS testing, throughout the year that provide data on academic success.

“Students need this time to connect, to develop, to strengthen these bonds between classmates who come from different households, different backgrounds. They don’t need more time in front of a computer,” said Bartlett.

House Bill 21-1161 passed in the education committee with a 8-1 vote, meaning it will move to the appropriations committee.

The Biden administration announced in late February that it would not provide mass waivers for standardized testing — an action taken last spring to cancel testing — saying the country needs a uniform way to assess the effects of the pandemic on education.

If the Colorado bill is signed into law, it will require the state to request a waiver from the federal government to allow it to suspend the following portions of CMAS testing:

Even if the bill is enacted, the suspension is contingent on receiving a federal waiver. Social studies assessments for students enrolled in elementary and middle school would be suspended if the bill passes and a waiver is not granted because that requires only a change in statute.

While not all tests would be suspended under the waiver, the bill’s sponsors said fewer tests required means fewer days would be spent taking time away from in-person learning. The time that conducting these tests would take away from remaining in-person teaching time is one of the main reasons local education leaders — and a number of those who testified Friday — wanted the tests to be canceled.

“We want teachers to teach and we want students to learn, and sometimes when you take too much time to test, teachers are not teaching and students are not learning,” said Rep. Barbara McLachlan, D-Durango, a sponsor of the bill.

Most of the opposition the bill faced was from people who wished to cancel testing altogether. Others spoke to the fact that another year of lost data would not be good for the state.

Stephanie Perez-Carrillo of the Colorado Children’s Campaign said the bill would be pausing accountability and pausing the measures of success CMAS allows for.

“As the pandemic continues to deepen existing educational inequities, we know very little about the academic content being delivered, how online learning engagement is measured and the extent of learning that may be happening,” she said.

This is the second bill urging the state to request a federal waiver for standardized testing. The previous bill called for total cancelation of CMAS and was introduced before Biden said there would not be blanket waivers.

This bill called for less extreme measures and is one that Rep. Emily Sirota, D-Denver, a sponsor of both bills, called a “compromise for everyone involved” that would “both provide relief and still meet the federal guidance.”

In his testimony, Bartlett challenged the House committee to act in favor of the state’s children.

“If you truly care about them, prove it,” Bartlett told members of the House. “Push this bill through, grant us this time and let us teach our kids.”