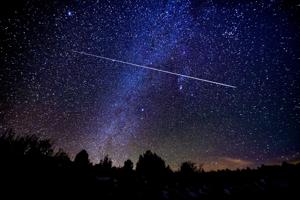 Catch a shooting star during the Leonid meteor shower, remaining active until the very end of November. Keep your eyes toward the sky Saturday evening into early Sunday morning for the peak of this natural light show with up to 20 shooting stars per hour expected.

Some of the best stargazing spots in the state include The Great Sand Dunes National Park and Preserve, Horsetooth Reservoir, and The Paint Mines Interactive Park. For photography tips, click here.

Peak times are expected between midnight and sunrise.