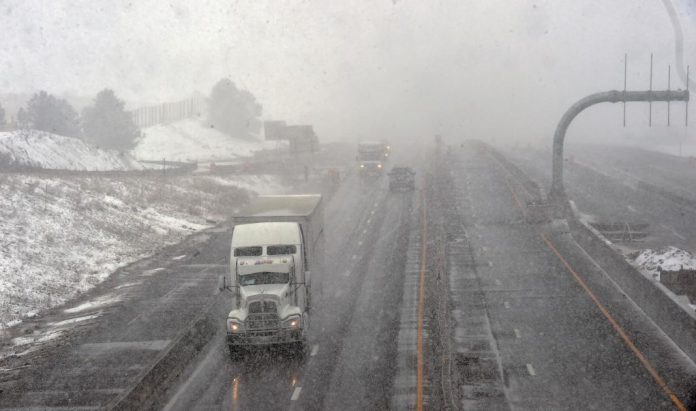 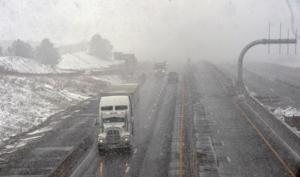 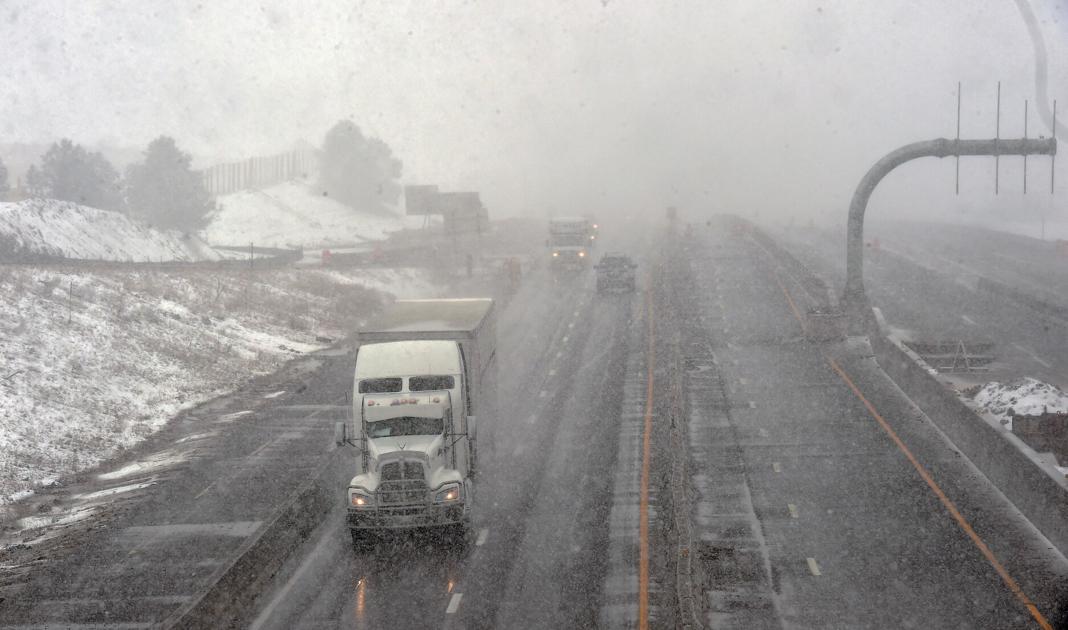 The first wave of a weekend winter storm left behind 2-3 inches of snow in the greater Colorado Springs area early Saturday and canceled hundreds of flights throughout the Front Range, as residents braced for a heavy second wave expected to hit late Saturday into Sunday.

Some areas north of Colorado Springs could receive up to 3 inches of snow an hour late Saturday into Sunday, said meteorologist Brad Carlberg of the National Weather Service office in Pueblo on Saturday.

–PHOTOS: Major snowstorm blanketing Colorado Springs and the rest of the Front Range

– Over 2,000 flights canceled through Monday at DIA, dozens canceled at Colorado Springs Airport

Sunday morning was expected to bring heavy snowfall near the Palmer Divide, but winds were expected to turn to the north, which may reduce moisture received in the Colorado Springs area, Carlberg said.

“How much snow actually hits Colorado Springs proper on Sunday remains to be seen,” he said.

Two-day snow forecast totals were holding steady at 8-12 inches in Colorado Springs and 12-18 inches for the Denver metro area, with the Palmer Divide anticipating 2 to 3 feet, as of press time Saturday.

Colorado Springs and Fountain police departments went on accident alert Saturday morning when the snow was at its heaviest, and remained in the status as of press time. City roads remained clear, though wet, throughout the morning and early afternoon, but law enforcement warned residents to stay at home, if possible, and to exercise caution if they chose to drive.

Corey Rivera, with the city of Colorado Springs’ operations and maintenance division, said he expected road conditions to deteriorate after dark on Saturday.

“This evening, as temperatures cool, snow will encounter less melting and snow accumulations will accelerate,” Rivera said. “Heavy snow rates will cause slushy conditions on roadways, so please take it slow.”

Rivera said his road crews were focused mostly on primary and secondary streets, but he planned to concentrate on the main roads if and when conditions deteriorated.

Most flights — about 30 — were canceled Saturday at the Colorado Springs Airport, according to a spokeswoman. Northward, at Denver International Airport, nearly 750 flights had been canceled as of Saturday afternoon, with more than 1,000 flights canceled Sunday, according to airport officials.

Members of the Colorado National Guard, who were activated by Gov. Jared Polis earlier in the week, were standing by to assist with search-and-rescue operations if needed, according to Staff Sgt. Joseph VonNida, a Guard spokesman.

“We’ve prepped our equipment and our personnel, and they are ready to respond at a moment’s notice,” VonNida said.

The first wave of the storm did little to deter last-minute shoppers, who were still perusing Colorado Springs grocery stores early Saturday afternoon.

“I’ve been working all week, so this was my first chance to do any real shopping,” said a King Soopers who didn’t want to be named.

“The snow isn’t piling up too bad in my neighborhood, and I thought the main roads would be pretty clear, so I figured, ‘Why not?’” a Safeway shopper said.

The Denver Gazette’s David Mullen contributed to this report.