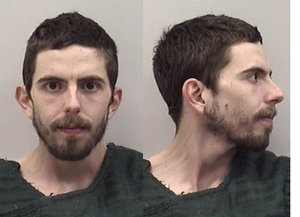 Probable cause was established Friday morning in the case for David Weingarten, who is accused of killing his wife and infant son earlier this year in Colorado Springs.

At a preliminary hearing, prosecution outlined how Weingarten allegedly killed his wife, Lizet Salinas-Mijangos, 26, and their 8-month-old son, George Weingarten.

After hearing the case from the prosecution, judge Michael McHenry of the 4th Judicial District Court determined that probable cause had been established, and that the prosecution could continue to pursue charges against Weingarten. McHenry set Aug. 9 as the arraignment date for the defense to enter a plea.

The two-month delay before arrangement is because of the backlog in getting a certified state doctor’s opinion on a possible insanity exam of Weingarten. The defense said that it had a state doctor scheduled to give an examination in May, but the doctor canceled due to scheduling conflicts.

Weingarten is facing eight charges for the killings of his wife and son, with both counts of first-degree murder carrying a mandatory sentence of life in prison.

The prosecution first called detective Ashton Gardner to testify, and played audio from the 911 call placed by Weingarten and the body camera footage from the arresting officer on scene the night of Feb. 1.

In both pieces of evidence, Weingarten confesses to having shot and killed his wife and infant son, and that he had been hearing voices before the shooting in the 3200 block of Heather Glen Circle — near Peterson Road and North Carefree in east Colorado Springs.

“I just killed my wife and son,” Weingarten said to the 911 call operator the night of the deaths. “Something just came over me … I’ve been hearing things lately, I don’t know what’s going on.”

Weingarten also has a 2-year-old daughter, who was found unharmed at the scene of the crime.

After a few hours, Gardner said Weingarten stopped the unusual behavior and again confessed to having killed his wife and son, stating he shot his wife once in the back of the head, and his son three times.

“He (Weingarten) knew he wanted her to die, but he didn’t want her to suffer,” Gardner said.

Weingarten told Gardner in the interview that he began to “spiral” that evening because of an email he received from a gun website, which prompted him to retrieve a handgun from his car. Gardner said Weingarten told him he paced around the house for about 10 minutes before making the decision to shoot and kill Salinas-Mijangos.

He killed his infant son shortly after because Weingarten heard him crying and it caused him anxiety, and that he “wanted him dead,” according to Gardner.

It was also revealed during the hearing that concerns over Weingarten were prevalent before the deaths. Law enforcement had issued a lookout alert for Weingarten due to concerns over previous statements made about suicide and mass murder, according to the second witness, detective Rebecca Joines.

The lookout alert warned of Weingarten possessing over 20 guns, and that there were previous domestic disputes between he and Salinas-Mijangos.