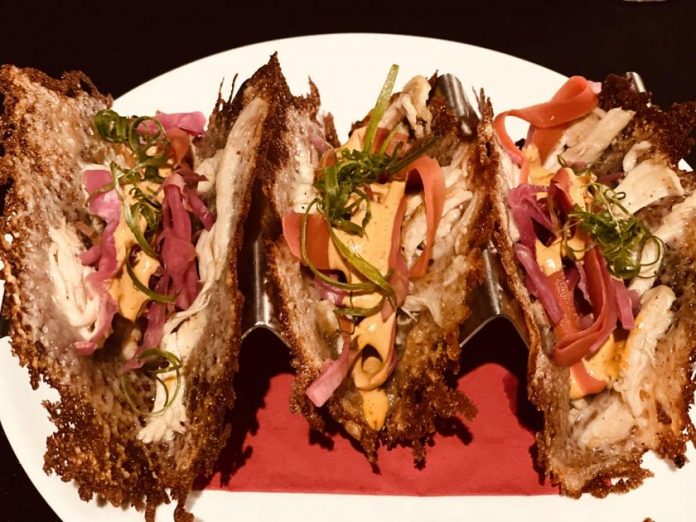 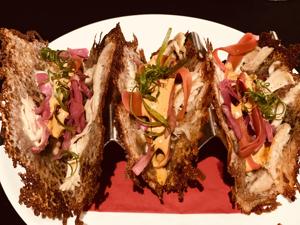 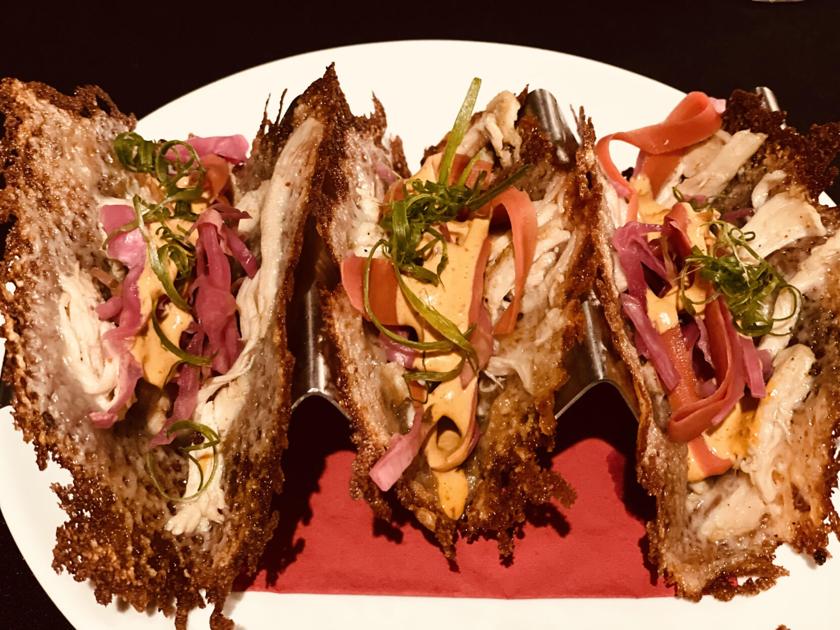 Tim and Shaunah Dionne took over the operations at La Cava Fine Mexican Cuisine, 1755 Eighth Street, in November amid pandemic restrictions. It helped that the couple, from Los Angeles, has worked in restaurants. Shaunah, a native Californian, is a chef. Tim, who was born in Colorado Springs, knows his way around the kitchen too.

According to Shaunah, they found the listing for leasing La Cava on Craigslist.

“We’ve worked for a large chain, opening restaurants all over and decided it was time for us to do our own place,” she said.

Changing the menu was one of the first steps to making the eatery their own.

“We pretty much changed the whole menu,” she said. “with the exception of most of the classic Mexico City dishes at the bottom.”

One dish of those dishes we love is Chile en Nogada, which did get a couple of twists. Instead of stuffing whole poblanos, she has butterflied the chile and filled it with a flavorful mix of shredded braised pork and beef with fried plantains and dried fruits. Usually, the whole pepper is coated with a robe walnut cream sauce and studded with pomegranate seeds. Now the open-faced chile is placed on top of a pool of sauce.

“I drizzle pomegranate and apricot syrup over the top of the chilies,” she said.

All of the expected flavors are represented in this unusual classy presentation. Another new item that caught our eye was the Keto Tacos de Pollo.

“I had been making cheese taco shells on a griddle at home,” she said. “One day Tim suggested those are keto tacos. We should put those on the menu.”

Another welcome change is complimentary chips and salsa that hits the table shortly after being seated. Previously there was a $3 upcharge for the snack. Hours are noon to 8 p.m. daily. Details: 203-4297, lacavasprings.com.

The Margarita at Pine Creek, 7350 Pine Creek Road, has opened its dining room for dine-in with the 25% seating capacity. The eatery will have its popular Mardi Gras Brunch, 10:30 a.m. to 2 p.m. Sunday. For $29 ($16 for kids), you get a three-course meal of popular Louisiana dishes. Details: 598-8667, margaritaatpinecreek.com.