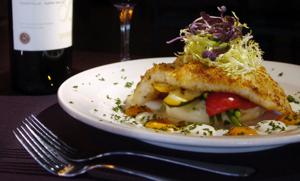 To get on the list, the eateries needed to be part of the OpenTable network for at least 12 consecutive months. A spot’s minimum overall rating and number of qualifying reviews were also considered. Qualifying spots then received an overall score generated from data points including overall diner rating, total number of reviews and regional overall rating.