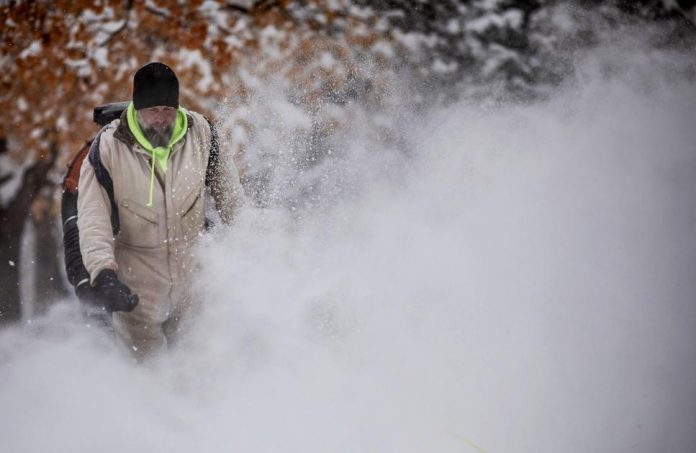 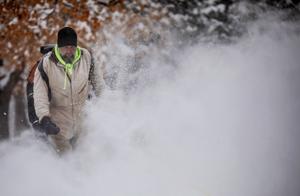 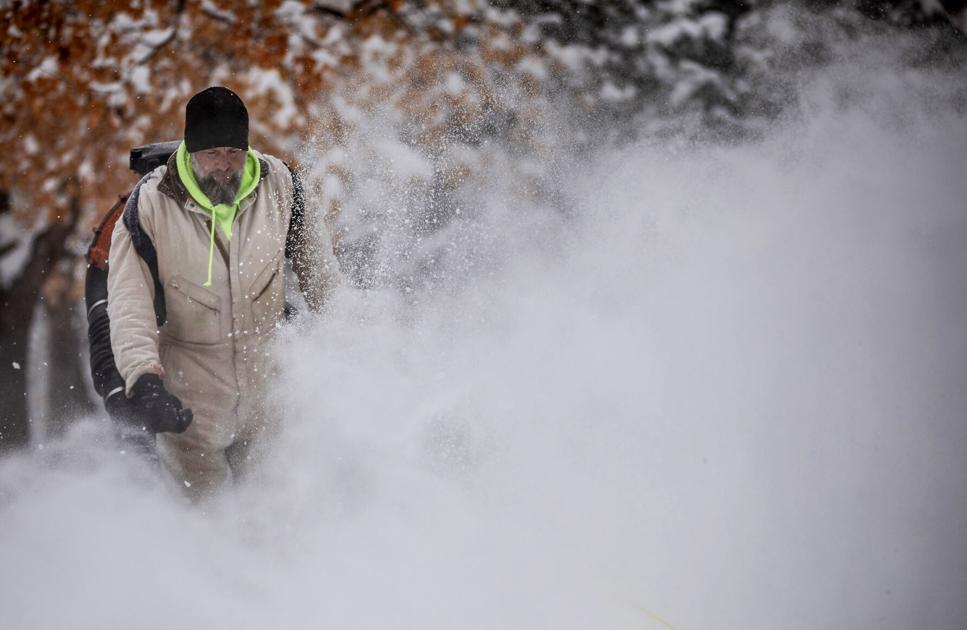 See the latest updates below:

Click or tap here for the latest school closings and delays

Both lanes of southbound I-25 are blocked between exit 167 (Greenland) and Exit 163 (County Line Road) due to a crash. CDOT reports that traffic is getting by inside the construction area.

A crash on northbound I-25 south of S. Nevada Ave. is partially blocking the left lane. UPDATE: This crash has been removed.

The passenger vehicle traction law is in force on I-70 westbound between Idaho Springs and C-470. Passenger vehicles are required to have  mud/snow tire, use chains or other traction devices, or be a 4-wheel drive or all-wheel drive.

Over 8 inches of snow has fallen in parts of the Pikes Peak region. Click here for the latest accumulation totals.

A crash or several crashes were reported on southbound Interstate 25, at least four vehicles are on the right shoulder of the road, Colorado Springs Traffic tweeted.

The Air Force Academy is closed Thursday. Mission essential and emergency employees are expected to report to their worksite unless otherwise directed by their supervisor. Telework employees continue to work, the base tweeted. Click here to see all closures.

Fort Carson installation commander directed mission essential only personnel to report Feb. 25. Units will use telework as much as possible, the base tweeted.

Colorado Springs reported a total of 5.8 inches of snow but some areas near the Broadmoor and Peterson Air Force Base recorded over 8 inches of snow. Click here to see snow totals across the region.

A crash was reported near County Road 133 and County Road 141. US 24 is closed at mile marker 356 in both direction due to multi vehicle crash. Delays are expected, the Colorado Department of Transportations said.

Thursdays high will reach 30 degrees with winds between 5 and 10 mph, the weather service said.

Overnight temperatures will drop back down to 17 degrees with 5 mph winds, the agency said.

Friday is expected to be clear, breezy and sunny before slight chances of snow return Saturday night, the weather service said.

Snow will continue to develop across the Pikes Peak Region this evening and continue as it spreads south across the southeast mountains and southern I-25 Corridor overnight. Snow will diminish later Thursday morning and into the early afternoon. #cowx pic.twitter.com/0CrInrY29q

Saturday: Mostly sunny, with a high near 40 degrees and winds between 5 to 15 mph.

Sunday: Mostly sunny, with a high near 38 degrees and winds around 5 mph.

Monday: Sunny, with a high near 48 degrees and winds around 5 mph.