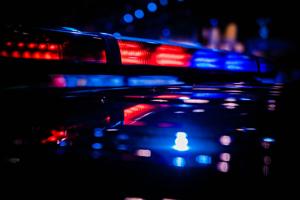 Police arrested a woman suspected of setting her own apartment on fire in northeast Colorado Springs on Thursday morning, officers said.

Officers responded to the 300 block of Cragmor Road at 1:52 a.m. after dispatchers received reports of a potential kidnapping. When officers arrived, they found a woman alone in her apartment destroying her own belongings, police said.

After officers “cleared the scene,” they were called back 10 minutes later because firefighters responded to a reported structure fire at the same apartment.

When officers arrived, they found no one inside but discovered evidence of arson, police said.

Officers said there were no injuries and no structural damage to the building.

Police later found the woman, 41-year-old Andrea Scandrett, nearby. Officers arrested her on suspicion of first-degree arson and booked her in the El Paso County jail.