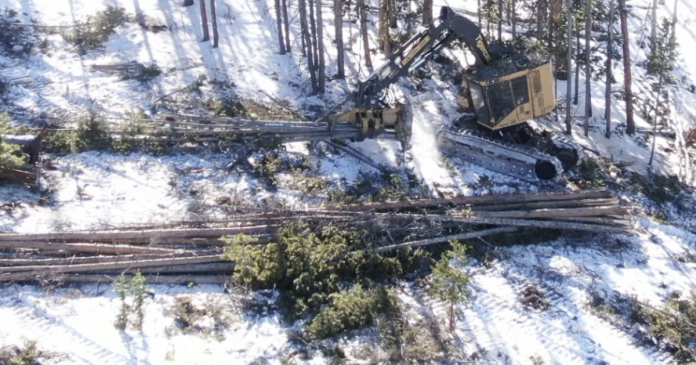 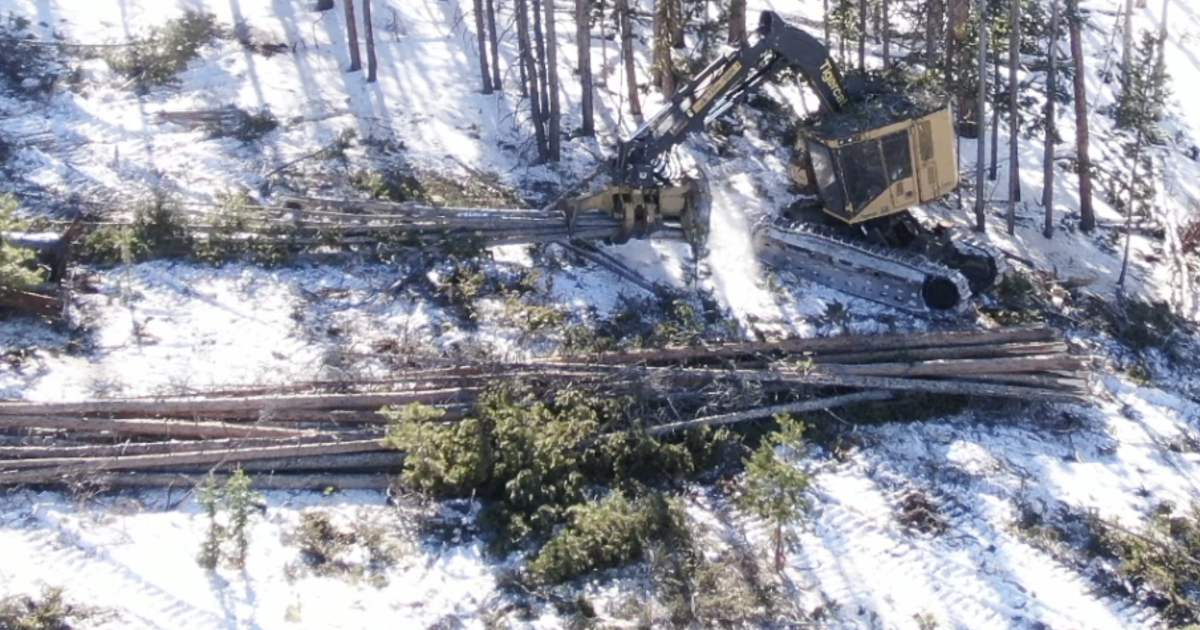 “We have a forest-health situation on our hands,” said Ron Cousineau with the Colorado State Forest Service.

“We should have been doing a lot more a long time ago,” said forester Matt Schiltz with the Colorado State Forest Service. “These are dead lodgepole pines that were killed by the mountain pine beetle.”

The Colorado State Forest Service and the Bureau of Land Management are now working with a private logging company out of Montana to thin out beetle kill timber in a portion of the forest with an unhealthy amount of old, dead timber.

“And those logs are destined to become 2×4’s,” said Schiltz.

It’s an effort to avoid a moonscape of sorts left behind by three of the most catastrophic wildfires in Colorado state history that all happened this past summer and early fall – the East Troublesome Fire in Grand and Larimer counties, the Cameron Peak Fire in Larimer County and the Pine Gulch Fire in Garfield and Mesa counties.

“With the East Troublesome Fire, there was just a massive amount of fuel and no feasible way for firefighters to stop the fire,” Schiltz said.

The forest thinning operation is called the Owl Mountain Timber Sale and is happening in Jackson County, an area that sits right in between the East Troublesome and Cameron Peak burn scars. It’s a logging effort that straddles federal, state and private lands.

The CSFS is spearheading the operation at no expense to taxpayers.

Additionally, the CSFS and the private logging company are making a profit on the project that the CSFS says more than pays for itself.

“If we do nothing, we’re going to end up with more fires like Cameron Peak and East Troublesome,” Schiltz said.

It’s a portion of the Rockies decimated by the mountain pine beetle, but that dead timber still has marketable value.

“It has a blue fungus injected by the mountain pine beetle, so it gives the timber a unique look with blue streaks through it,” Schiltz said.

“The wood that’s getting hauled is going to a mill, making 2×4’s, some of it may be house logs,” Cousineau said.

But the clock is ticking on the beetle kill timber because as foresters point out – it’s been dead now for nearly two decades. Some of it is rotting out, ants are getting into it and if the loggers don’t get it now, it’ll just be fuel for the next fire.

It’s a massive operation and yet, the forest service says this effort is a drop in the bucket.

“Can we ever do everything that needs to be done? No,” said Cousineau. “But we can do things strategically across the landscape to improve forest health, healthier water sheds, reduced forest fires, providing wildlife habitat and forest diversity in terms of age and size of trees.”

The forest service says this patchwork of clear-cutting now will go a long way to preventing future fires.

“When we eliminate fuels, that fire – and there will be fire – this is a fire environment, that fire is going to be modified to some extent,” Cousineau said.