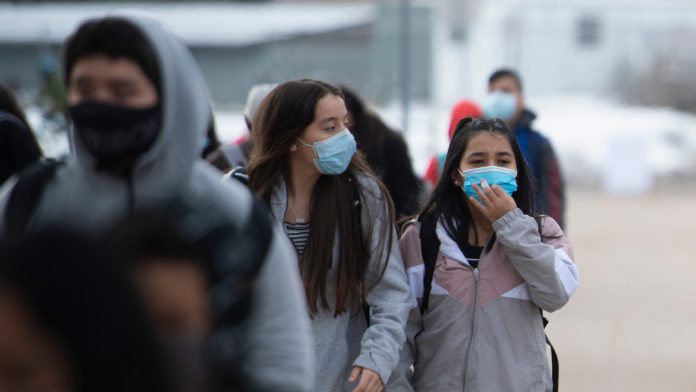 The federal government approved most of the Colorado Department of Education’s request to waive portions of this year’s Colorado Measures of Academic Success, or CMAS, testing.

The state submitted its request on March 17 and received approval just more than a week later on March 26. Colorado’s waiver asked that the government waive all science testing and allow schools to test alternate grades in language arts and math rather than conducting both tests for all grade levels.

The U.S. Department of Education approved the alternate testing, but not a full waiver for science testing.

In her letter to district superintendents informing them parts of the waiver had been approved, Colorado education commissioner Katy Anthes told leaders they should make sure parents know of the ability to opt in to full testing.

The federal department did waive science testing for fifth graders and will allow the SAT science section to fulfill the 11th grade science requirement, but a waiver for eighth grade science was not granted.

In the federal letter partially approving the waiver, the department’s deputy assistant secretary for policy and programs, Ian Rosenblum, emphasized the importance of collecting data to show opportunity gaps, but said “we must also recognize that we are in the midst of a pandemic that requires real flexibility.”

“Obtaining data on student learning includes high-quality statewide assessments, which can help identify where opportunity gaps are persistent and have been exacerbated — particularly during the pandemic — and, along with other data, can help States direct resources and support to close those gaps,” wrote Rosenblum.

In February, the Biden administration announced it would not grant blanket waivers for testing this spring, something that was done in 2020 as schools nationwide shifted to remote learning.

The federal government did outline a number of flexibilities in the way tests could be administered, but Colorado education leaders and elected officials felt the flexibilities were “not sufficient or practicable to address these challenges” and moved forward with requesting a waiver.

The bill requiring the CDE to submit a waiver was signed into law on March 16 after being restructured to gain bipartisan support; it passed in the House education and Senate education committees with votes of 8-1 and 6-1, respectively.