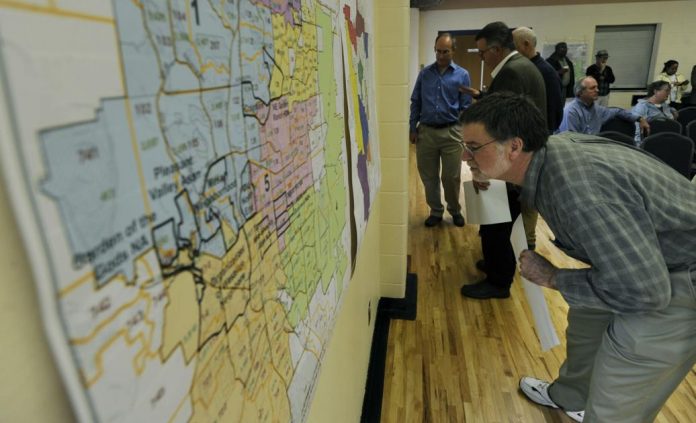 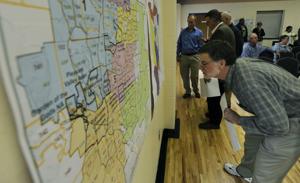 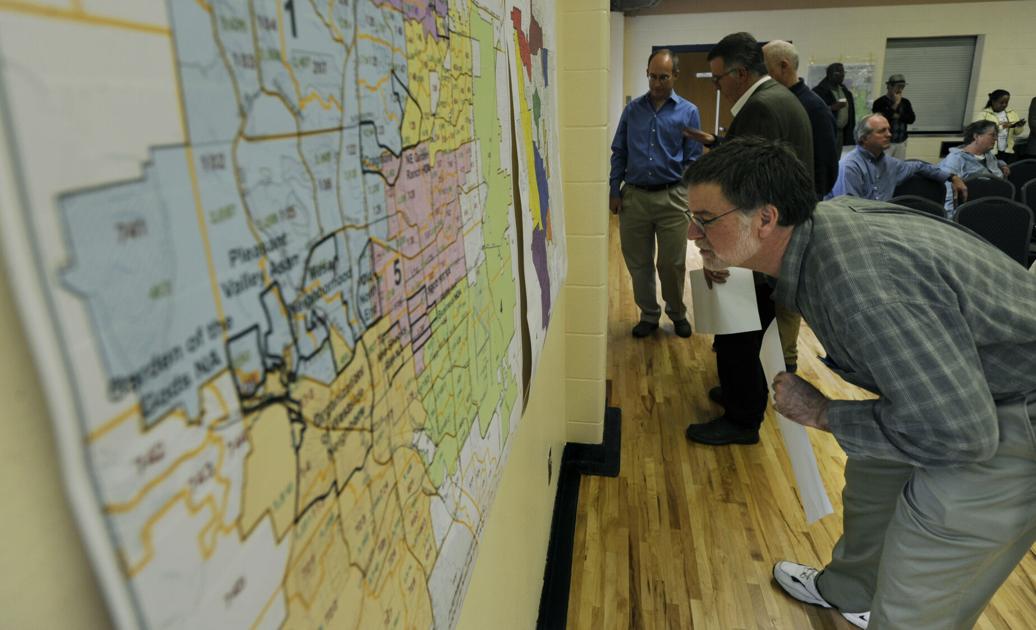 Colorado has its first set of citizen redistricting commissioners.

On Tuesday, six of the eventual 12 congressional redistricting commissioners were randomly selected from a group of qualified applicants.

The congressional redistricting commission now has two Republicans, two Democrats and two non-party-affiliated voters. Eventually there will be four from each group.

Next, the remaining pool of qualified and reviewed applicants will be provided to legislative leaders who will further narrow the pool before a final random selection and judicial selection process.

The same process is moving along for the state’s independent legislative redistricting commission, but about 10 days later. It will also eventually have 12 commissioners, and will randomly select its first six next week.

The commissioner selection process will finish for both commissions in the coming weeks.

Here’s a look at the six newly-selected commissioners, based on the information they provided in their applications.

Jolie C. Brawner is a Denver resident and executive director of the Washington Street Community Center. She holds holds a Master’s Degree from Florida State University in International Affairs and a bachelor’s degree in history from the University of Florida. She studied foreign languages at Charles University in Prague in 2007 and at Moscow State University in 2009.

Brawner listed only contributing to Democratic Colorado House member Lisa Cutter’s 2018 campaign and Vermont Independent U.S. Sen. Bernie Sanders’ 2020 campaign. Browner helped organize the 2016 and 2017 Denver Women’s March, and coordinated an Educational Women’s Summit in 2016 for “March On Colorado.” She focused on her experience as the director of a community-based organization, “advocating for and considering the interests of a myriad of groups” as an attribute that will help her on the redistricting commission.

She also highlighted the personal attributes that she believes will help her bring underrepresented communities into the redistricting process.

“I am a woman, under the age of 40, who does not identify as white; I want to be a part of making everyone’s voice heard and I want to bring my voice to the table. I have a wide range of unconventional experience, and I am connected to my community.”

Lori Smith Schell is a Durango resident and energy economist whose focus is market analysis. She holds a PhD in mineral economics and operations research from Pennsylvania State University. She served as president of the U.S. Association for Energy Economics in 2013, among other professional association positions. She was interviewed for a seat on the Colorado Public Utilities Commission in 2015, but was not appointed, and ran for a board position on the La Plata Electric Association in 2016, but did not win her election.

In her application, Smith Schell describing being “deeply troubled by the growing political divisions in our local, state, and national communities.”

“The perverse impacts on our democratic institutions brought about by the distorted results of gerrymandering is of great concern to me. I would bring a balanced outlook and deeply analytical mind in service to this commission… I have no hidden agenda or axe to grind, which I believe will enable me to be fair and impartial. My objective is to advocate for redrawing voting district lines that would strengthen democratic representation to the benefit of all Coloradans.”

She reported giving to various local and national Democratic campaigns, as well as political action groups such as MoveOn.org and the Democratic Party. Espinoza has belonged to several community organizations, such as the Denver Botanical Gardens, YMCA Metro Denver, Boys and Girls Club and the Latin American Educational Foundation. She worked on the State Commission on Tobacco and Chronic Disease Programs.

Espinoza highlighted her professional research work in her application: “I have extensive experience (30 years) in considering the interests of groups, organizations or associations in Colorado. My professional research work utilized a community-based participatory approach that requires the input from and partnership with the communities in which I sought to research.” She applied after learning that the applicant pool for the redistricting commissions underrepresented racial and ethnic minorities. “I think it is important to have a diverse commission that represents the population of Colorado, as much as possible,” she wrote.

Elizabeth Wilkes is from Colorado Springs and a Pikes Peak Community College mathematics student. She expects to finish her associate’s degree this year and continue her education. Before pursuing her mathematics degree, Wilkes worked for Hewlett-Packard as a business analyst.

She has worked and volunteered with local Democratic campaigns, including volunteering for Misty Plowright’s unsuccessful 2016 congressional campaign in Colorado’s 5th Congressional District. Wilkes has donated to various national Democrats, including Sanders’ 2016 and 2020 campaigns, and she has also worked with the El Paso County Democrats.

In her application, Wilkes called out what she saw as unfair districting in the past, and vowed to work for more representative districts. “I have watched the local Republicans redraw districts that were about to turn blue so that they had no chance in the future. Gerrymandering does not help the people to feel that they have a voice. In this troubling time above all else, we need to have a voice that really represents the people, and the districts have been drawn to make that impossible in my location.”

William J. Leone is from Westminster and a former U.S. Attorney for Colorado, as well being active within the state’s law community. He’s a partner at the law firm Norton Rose Fulbright and holds a bachelor’s degree in political science from Colorado State University and a Juris Doctorate from the University of Colorado. Leone was U.S. Attorney from 2004 to 2006 and said of the work, “during that time I prosecuted individuals and corporations for white-collar crime, firearms violations, drug offenses, and healthcare fraud. I also represented the federal government in environmental and civil matters affecting federal lands and agencies.” He’s also a member of the Chief Justices Commission on the Profession and Ad Hoc Committee for seeking increases to the federal judiciary in Colorado.

He listed no political activity since 2015, refraining, he said, because he has served on the Colorado Independent Ethics Commission for the past seven years. In other times he listed having contributed to campaigns of both Republicans and Democrats.

Danny DeWayne Moore, from Centennial, is a small business owner and 24-year U.S. Navy veteran. He holds a bachelor’s degree in organizational management from Colorado Christian University and an MBA in International Business from the University of Phoenix. His consulting companies, DeNOVO Solution and Thornberry Consulting, specialize in military and intelligence practices.

Moore emphasized his military and management training, and experience. “I was the first black male to rise to the rank of Master Chief in my rating history. This means I have spent a lifetime developing skills to enable people to cooperate and work as a team to solve some of our Nation’s most difficult problems,” Moore wrote.

He has donated to several Republican political candidates and one independent, but did not list any volunteer, campaign or political work. He’s also a member of several local boards, mostly with local business groups.