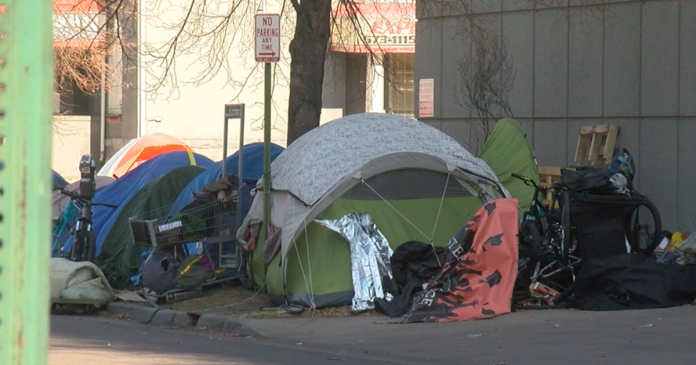 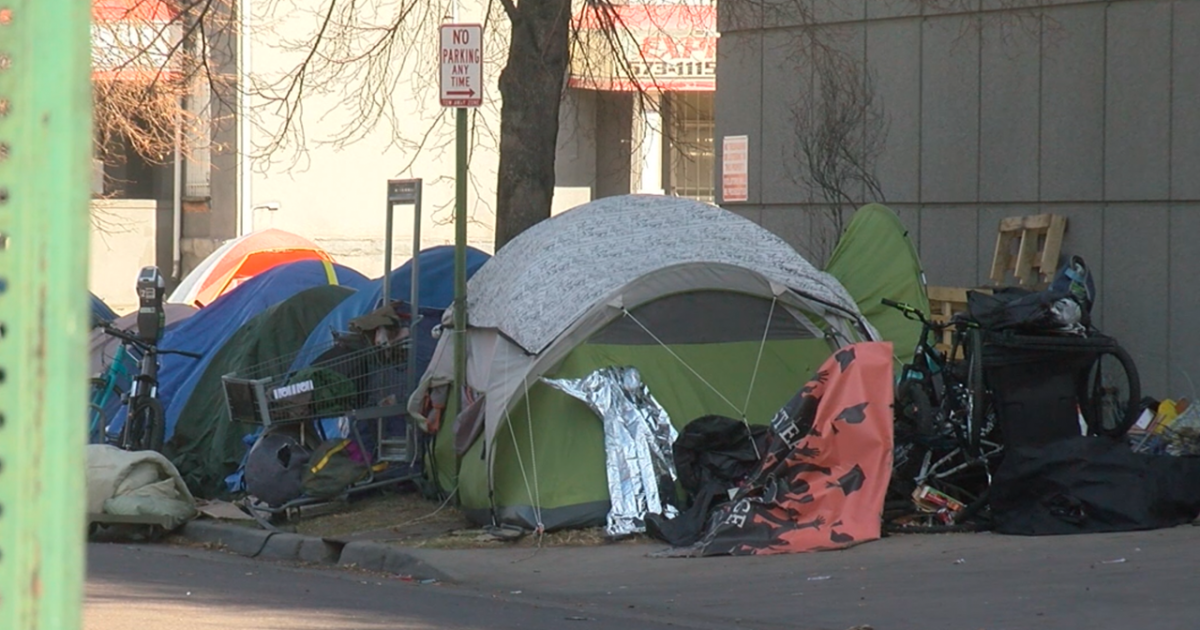 Now, people are reaching out to Contact Denver7, hoping the growing encampment next to the Belvedere Tower Condos will be next, after weeks of problems and complaints.

“There are needles strewn in the gutter, human feces in the gutter,” said Arlene Satterwhite, who lives next to the encampment that includes dozens of tents lining the streets. “I am concerned for my own personal safety.”

For the last six weeks, people living in the Belvedere have watched and waited as conditions got worse. Tents are now built inside medians that were fenced off to prevent access.

“We’ve been calling the city every day for the past month and nothing has happened,” said Greg Hilbert, who has lived in the Belvedere for four years. “We used to walk downtown without a care. Now, we don’t feel safe at all. I don’t even want to walk around the block.”

Residents reported incidents of theft, trespassing and even assaults.

“He actually tried to get in our vehicle,” said Rich Ward, who said transients frequently follow vehicles into the garage. “I had to physically wrestle him. It was very scary, very dangerous.”

For people experiencing homelessness in the encampment, finding resources can be a challenge.

“Lexi” who is five months pregnant, said she that day walked for hours without finding help or a restroom.

“When I do get information, I’m thrown the wrong way or they’re saying something weird or something,” she said. “This is just laid back. They bring us stuff like we’re birds.”

Joan Quintana, who has been living at the site, said drugs are a major issue.

“There is not enough resources for us to get drug treatment and get sober again,” Quintana said. “So, I feel like there needs to be more resources for drug rehabilitation so we can get into housing.”

Affordable housing is what Britta Fisher, the executive director of Denver’s Department of Housing Stability, is working on, with 1,800 affordable units under construction and 900-plus more in the pipeline.

“It’s not enough,” Fisher said. “The thing that we do every day is to work on affordable homes people can move into because that is what most people live outside express is an affordable place to live.”

Meanwhile, though, the growing encampments have proven to be dangerous.

Photos from Denver Fire show a large blaze last week at an encampment under Federal Boulevard. Crews said 161 pounds of propane could have exploded.

At 13th and Elati, the Mayor’s office issued a statement to Contact Denver7: “We are aware of the encampment at this location. We continue to evaluate the situation at this encampment and will take action to address risks if warranted.”

DPD said they are increasing patrols in that area and encouraging residents to call in safety issues, but residents say until the encampment is gone, they will not feel safe.

“We shouldn’t be asked to live in squalor with rats and needles and people who will accost us — because it’s COVID,” said David Kameron, a Belvedere resident, who said he is tired of “lame excuses” from the city. “The people who live here bought into downtown Denver and shouldn’t be living with this on a daily basis.”