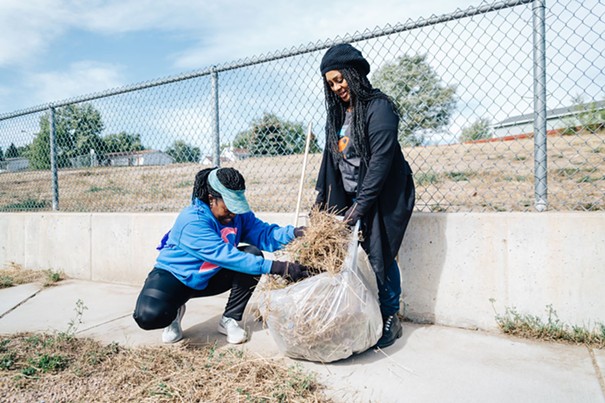 Confronting Colorado Springs’ most pressing societal issues is a task too tall for any one group. So to take on challenges like homelessness, teen suicide and underage substance abuse, the faith-based nonprofit COSILoveYou brings together faith organizations, civic groups and the local business community for a trifold approach to problem-solving.

“It’s trying to work across those three groups to create collaborative opportunities to address some of those issues,” says Stu Davis, COSILoveYou’s executive director, “rather than one subset or another trying to do their own things independent of the others.”

One of the primary ways COSILove-You has made its impact on the community has been through CityServe Day — an annual event during which thousands of volunteers help organizations throughout the community.

In 2019, the sixth year of CityServe Day, more than 4,100 volunteers participated, spread over 186 project sites across town. Volunteers spent time at schools, community centers, nonprofits and in under-resourced neighborhoods, painting, repairing fences, cutting down tree limbs and taking on any other projects that might be made easier with the help of volunteers.

“By doing some of these things collectively and collaboratively,” Davis says, “it’s allowed us to really create a kind of niche where we’ve got a lot of folks wanting to serve and wanting to be helpful, whether it’s some kind of corporate giveback or humanitarian do-gooderism, or even perhaps like local churches that want to be involved in some of the things that are happening socially in our city, but may not know where to start. We’ve created an opportunity for all those parties to find a way to get engaged with others who are already involved in the struggle.”

The organization also hosts a citywide worship day each year, and recently launched a school partnership called COSILoveSchools, which was rolled out in the fall. It began with six schools in three local districts, with the goal of meeting each school’s specific needs, from renovating property and supporting events to creating mentorship programs.

“The nexus of so many of our neighborhoods and parts of our community is at local schools,” Davis says. “So we’ve put together essentially what amounts to a supportive school partnership model, where we bring teams together around a local school. We pull them together as a team, do some training, and then sit down with the principal or whoever is the primary stakeholder or leader at the school, and just try and bring some resources around that school that serve the vision of that … community.”

Since COSILoveYou was formally founded two years ago, it has continued to grow and expand its services. But the organization, which receives between 65 and 70 percent of its funding from local churches, will need to expand its funding resources in order to grow.

“Everything that we’ve done thus far has continued to grow, and we can only grow so much so fast when we have limited funds,” Davis says.

“Pretty much every year that we do CityServe people ask us, ‘Can we do this more than once a year? Can we create other opportunities out of this?’

“So when we have more to invest in infrastructure … that certainly allows us to go after these strategic goals all the quicker.”