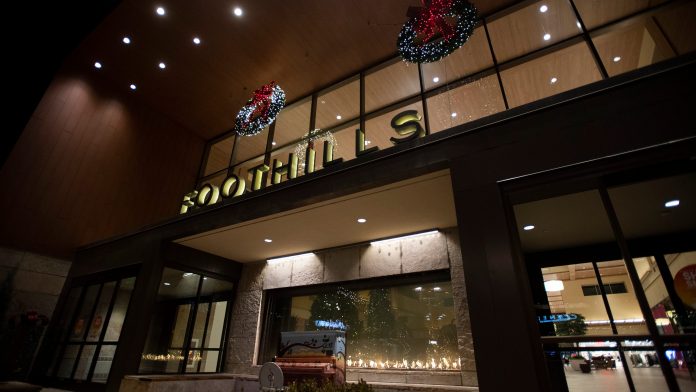 One in four consumers say they’re already done with Christmas shopping; major retailers have said no to opening on Thanksgiving and nixed early-morning doorbusters.

So what’s Black Friday going to look like this year?

It’s safe to say it will be a day after Thanksgiving unlike any other as the COVID-19 pandemic wreaks havoc on our shopping rituals.

There won’t be timed deals that draw hundreds of shoppers to big box stores in the middle of the night, mall Santas are making appointments for virtual or socially distant in-person visits and major retailers have been offering blockbuster deals since early November, stretching the spending over weeks instead of hours.

Black Friday, which typically started before the turkey got cold Thursday and was followed by Small Business Saturday and Cyber Monday, may be gone forever, felled by an unrelenting pandemic.

“Even before this year, the nature of Black Friday and Thanksgiving weekend was changing,” growing from a one-day to five-day event, Cullen said. “It speaks to the way we shop today and view these events.”

Last year, just as many or more consumers hopped online on Black Friday as on Cyber Monday, she said.

This year, surrounded by uncertainty and skyrocketing COVID-19 cases, retailers stocked up and launched sales early. There was no reason to wait until Thanksgiving weekend to kick off shopping, said National Retail Federation President and CEO Matthew Shay in a press release.

If holiday shopping was already morphing, the pandemic sent it downside up.

The Centers for Disease Control and Prevention classified “shopping at crowded stores just before, on or after Thanksgiving” as higher-risk activities to avoid. In guidance issued ahead of the holiday, the CDC suggested more online shopping.

Colorado Gov. Jared Polis and most counties have tightened restrictions on the number of people allowed in a store at one time and have urged shoppers to avoid large gatherings.

So instead of offering doorbusters on Black Friday, major retailers like Walmart, Target and Macy’s spread out the deals in store and online.

Retailers were prepared for an early start to the shopping season, offering discounts to ensure consumers could find the gifts they wanted, in stock at the price they wanted to pay, delivered at the time they wanted to receive them, Shay said in the press release.

Walmart is offering shoppers three chances to get the “best prices of the season” in November. Lowe’s started its new “Season of Savings” in late October and the home improvement chain will offer daily online deals through Dec. 2.

Kohl’s announced in July stores would be closed on Thanksgiving and it would instead offer “Black Friday Week.” Bed Bath & Beyond’s “Holiday Daily Deals,” which offer “one hot item” per day, began earlier this month and end Dec. 24.

“When it comes to going into the physical stores, we are not going to create a situation where there is a time sensitivity that would create crowd situations,” Marisa Thalberg, Lowe’s executive vice president, chief brand and marketing officer, told USA TODAY. “That is irresponsible in our current environment.”

Among the consumers buying ahead of time, more than 44% were parents with children under 18, according to the National Retail Federation. Nearly half of the consumers also had household incomes of $100,000 or more.

The survey also marks a stronger pivot to online shopping this year.

More than 81% of consumers said they would do 50% or more of their shopping online, compared to 11% of shoppers who said they will buy all their gifts exclusively at brick and mortar stores.

Are we still spending?

Shopping centers from Fort Collins to Pueblo appear skittish about Black Friday, the day when sales typically put retailers into the black.

Whether that happens this year is anyone’s guess.

Thousands of Coloradans have lost their jobs or are working reduced hours amid an uncertain economic future. Federal unemployment assistance has expired and there’s likely less disposable cash for many.

According to the National Retail Federation, consumers are expected to spend a little less than last year and are changing up how and where they’re spending. A quick trip to the mall is probably not in the cards.

But shopping centers aren’t talking about what that will mean for them.

Despite repeated calls and emails to malls or major shopping centers in Fort Collins, Loveland, Lone Tree, Broomfield, Denver, Colorado Springs and Pueblo, not one responded or agreed to talk on the record about expectations for the holiday.

Consumer surveys, however, provide some insight into how people plan to shop this year.

The National Retail Federation reports more than 90% of shoppers plan to take advantage of free shipping, while another 44% plan to buy online and pick up in the store and 16% plan to use same-day delivery.

Another survey by Lending Tree of 1,000 consumers in early October revealed one in four consumers had already finished their holiday shopping and one in five planned to buy all their holiday gifts online.

Just more than 10% said they would do all their shopping in brick-and-mortar stores.

Many opt for earlier holiday shopping

Early shopping could be driven by a number of factors including the fear of not getting online orders in time, worries about holiday crowds and shipping deadlines for those mailing packages to friends and family they won’t see this year.

Amazon has warned of possible delivery delays and FedEx has suspended its freight no-fee, money-back guarantee for shipments with required delivery dates between Dec. 14 and Jan. 4.

“We know the changes in consumer shopping behavior this year will certainly challenge the supply chain, but this is why retailers are starting their holiday promotions earlier and encouraging consumers to start their holiday shopping now to avoid the stress of potential shipping delay issues,” said Matt Schulz, chief credit analyst for Lending Tree.

The U.S. Postal Service has bumped up its shipping deadlines a couple days to make sure packages arrive in time for Christmas. “No one likes a package to come the day after Christmas,” said James Boxrud, spokesperson for the postal service in Colorado, Wyoming and Alaska.

“We are encouraging people to buy early and ship early,” he said.

The Colorado office has rented two large warehouses to handle the influx of parcels it is anticipating, hired contractors to help sort those parcels and extended carrier hours to make sure packages get where they need to be.

Main post offices in major cities including Fort Collins, Loveland, Greeley, Denver and Colorado Springs will be open from 10 a.m. to 2 p.m. on Dec. 13 and Dec. 20 to help customers mail those last-minute cards, letters and packages, Boxrud said.

Less travel during pandemic leaves some with extra cash

While some consumers are feeling the economic pinch caused by the pandemic, some shoppers may have a little extra cash because they couldn’t travel this year and saved that money, said Skyler McKinley, director of public affairs for AAA Colorado.

AAA Colorado predicts travel will be down this year, especially air travel, as people heed CDC guidance to stay home and stay safe. In-person gatherings may be replaced by lots of Zoom and FaceTime.

Generally, about 16% of Coloradans travel 50 miles or more for the holidays. McKinley expects that number to drop 10% to 15% this year.

The goal is to make sure next year we can have normal holiday gatherings, he said, “and make sure everyone is at that table.” One way to do that is to stay home this year, he said.

USA Today contributed to this report.