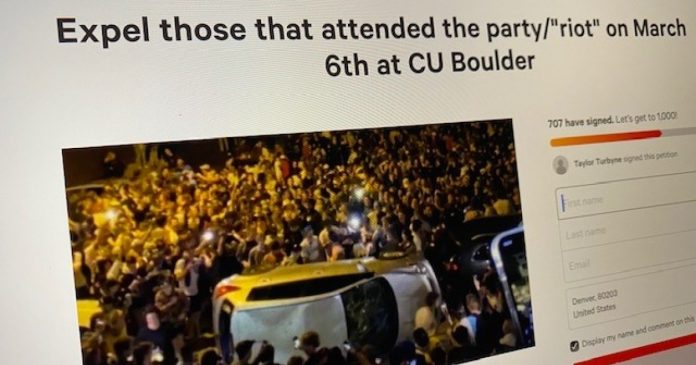 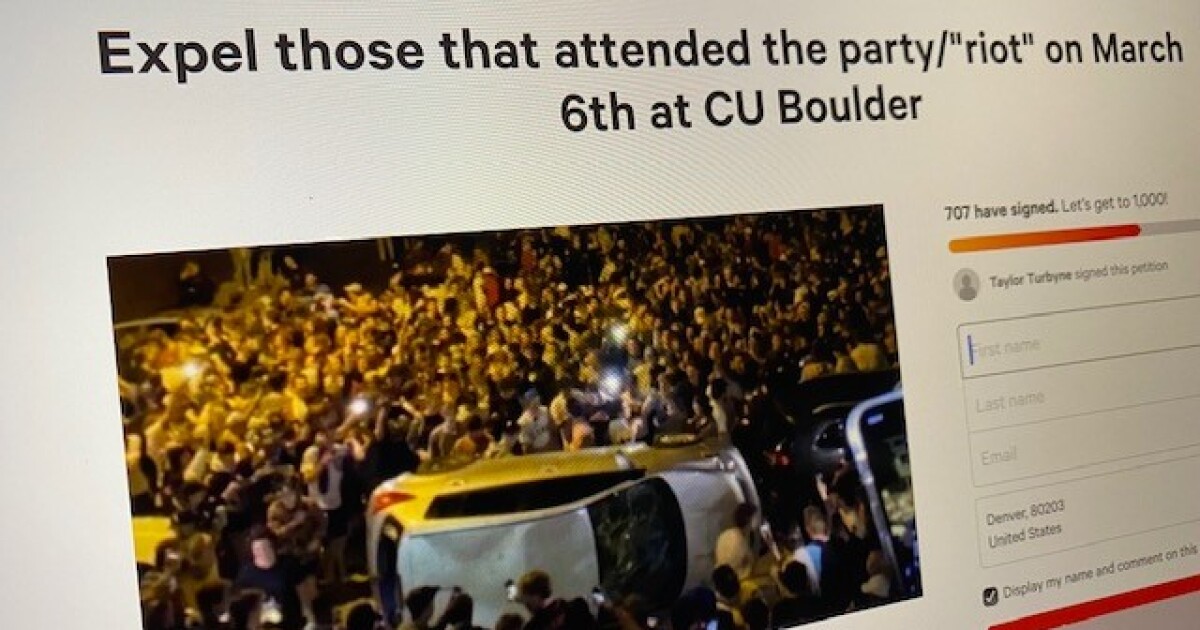 BOULDER, Colo. — Boulder Police have arrested a 20-year-old man for his involvement in a massive street party and riot in the University Hill area last Saturday.

Investigators say Henry Chardack will be charged with felony trespassing and misdemeanors for engaging in a riot.

CU student Helen Bassett has been involved with pandemic response through CU’s COVID surveillance team since August. She says the school can do better, and school leaders have been complacent.

“They have enabled a party like this to happen because they have not adequately punished students for acting out and not following regulations,” Basset said. “They have been lax on their guidelines when we have clearly been in danger.”

Bassett said the big crowd was too much.

“The aftermath is affecting the entire community and not just students,” she said. “This is affecting elderly people. This is affecting workers on campus, and it’s just gone too far, and we have to hold them accountable. We can’t let this continue anymore.”

When officers tried to shut the event down, some partiers began rioting, attacking police and damaging property.

CU sophomore Nicole Allen said there were countless parties over the summer.

“Every week in the Daily Camera I was seeing something about some party that got shut down or someone got fined or ticketed,” she said.

“There was no like, ‘hey, you really shouldn’t be doing that. We need to take action to protect our community,'” she said. “It was more like, ‘stop doing that. Please don’t do that. That’s not nice.'”

“It’s much easier to sweep a bunch of kids under the rug and say, ‘lapse in judgement — they’re just kids, and we don’t want to look bad, so we’re going to send out an email,'” CU junior, Kaitlyn Weaver said.

“I came here to be part of a community that wanted to be a good global citizen,” Allen said. “After this weekend, I don’t feel that way anymore. I don’t feel like I matter. I don’t feel like my peers matter because we are doing everything we can to stop this pandemic from taking anymore lives, and yet students are out partying.”

The students felt the university needed to do something, which is how the Change.org letter came to be.

“For students who engaged in acts of violence against law enforcement and other officials who responded to the area or other egregious acts of destruction of property, they’re an affront to our campus and our community,” O’Rourke said. “Any student found responsible for this conduct will pay serious sanctions. The most serious is expulsion from CU Boulder, without the possibility of readmission.”

O’Rourke said the school’s highest priority is assisting law enforcement in identifying and seeking sanctions based on unlawful conduct, the violence toward police officers and those who engaged in property damage. He said secondarily, they’ll be looking for the people who “threw the parties” allowing this kind of conduct to take place. Finally, he says they’ll be taking disciplinary action against those students who attended the party.

“With the numbers of students, we need to focus on those who engaged in the most egregious conduct that is a violation of what our campus values are,” O’Rourke said.