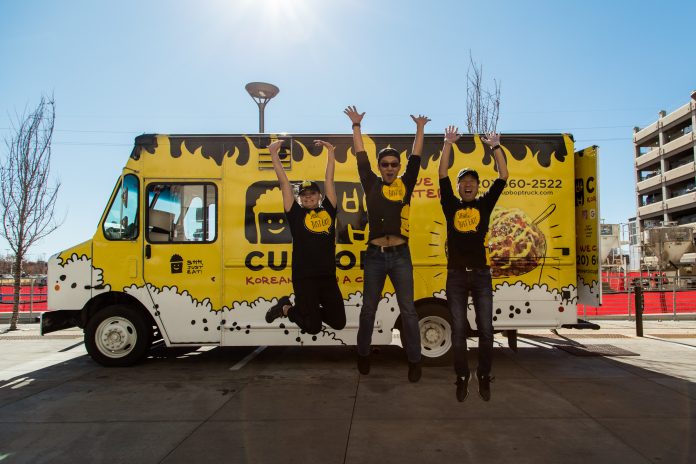 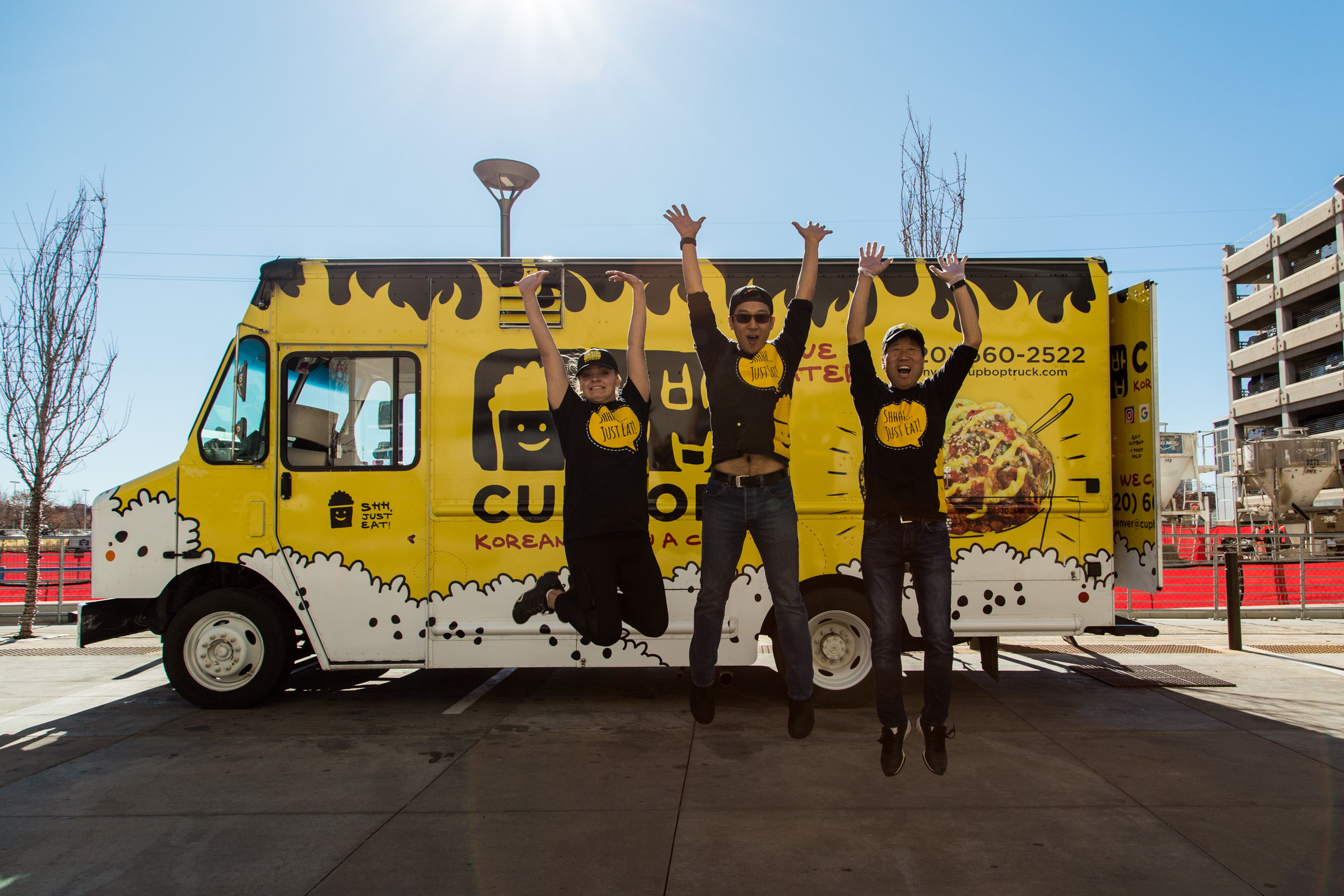 In April 2019 CupBop arrived in Denver. Serving a simple menu of Korean rice and noodle bowls from a brightly-colored truck, CupBop has quickly been gaining popularity for its delicious and expedient approach that reshapes and simplifies Korean staples with the American palate in mind. The bowls are assembled with blinding speed and served with conspicuous enthusiasm — photos of both employees and customers leaping for joy in front of the truck are a common sight across the brand’s social media.

CupBop has origins in Salt Lake City. Denver-based owner Daniel Hyunmin Lim franchised the concept from Junghun Song, who opened the original in 2013 after moving to Utah from Korea. Song now has 13 brick-and-mortar locations — including a permanent residence at the Utah Jazz’ Vivint Smart Home Arena — and six food trucks in Utah, with an additional four restaurants popping up in Indonesia. While Song developed and built the concept in Salt Lake, Lim’s passion makes him a perfect candidate to carry the torch into the Denver market.

After years spent running a successful independent sushi business in a Castle Rock King Soopers, Lim — a Seoul native — switched gears to open CupBop, hoping to spread the gospel of Korean food and the unconventional, bubbly company culture that is both a nod to the owner’s personality and the distinct brand of peppy hospitality that marks wide swathes of Korean casual dining. Plans to unveil a kiosk on the 16th Street Mall in December are just one step in Lim’s scheme to proliferate the brand across the front range. In the meanwhile, the truck is joined by a catering van nicely equipped to supply parties, offices and school activities.

Everything about CupBop centers around convenience and pizzazz. The menu is simple — seven variations of the signature bowl, potstickers, kimchi and beverages make up the entirety of the available options. The uncomplicated design was intentional. Song developed the offerings to appeal to American diners who may otherwise be intimidated by the depth and complexity of Korean cooking. The options were designed partially as an homage to the kind of student fast food that pops up around schools and universities across Korea. CupBop currently sets up shop on the Auraria Campus as well as heading up to Boulder to serve outside football and basketball games at the University of Colorado.

The bowls all sit on a foundation of rice, gelatinous sweet potato noodles and lettuce. Protein options include tofu, beef, spicy BBQ pork and chicken available both BBQ and fried. Options can be mixed and matched, or done bulgogi-style with the addition of mixed vegetables. The magic is in the sauce. Hot chili, honey soy, butter garlic and sweet chili can be mixed to tasted and applied liberally. Everything winds up in the cup, with the additional kimchi or dumplings landing directly in the mix. Korean food has been steadily been gaining popularity across American dining. CupBop appears to be precisely designed for breaking firmly into the mainstream by doing a good job of making distinctly Korean-American food that manages to deliver an original amalgamation that is too tasty to be bound by regional distinctions.