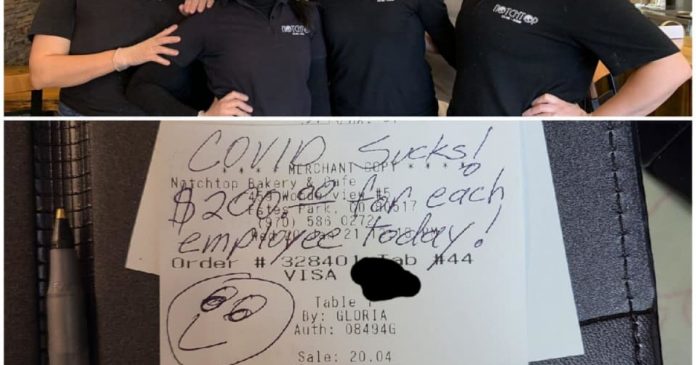 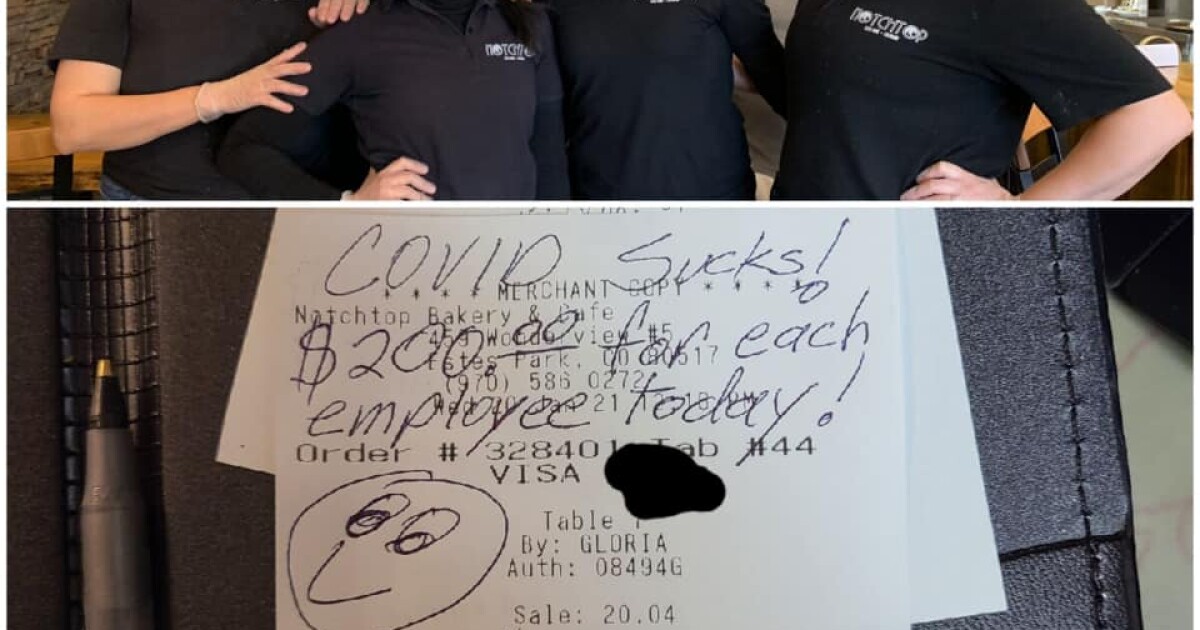 ESTES PARK, Colo. — Wednesday’s shift started like any other at Notchtop Bakery and Cafe in Estes Park, until one of their regulars, who is only referred to as “David,” walked in.

“He asked how many servers we have today and how many staff altogether. We had seven people,” said Notchtop owner Nailya Khametvalieva.

When David paid his bill, his server, Gloria Fuentes looked at the tip to find he left the staff $1,400.

“I couldn’t believe it when I saw the bill. I was impressed. I was like ‘oh my God, am I dreaming or what’s going on?'” Fuentes said.

The bill came with instructions that the money was to be split evenly between the seven employees.

“I think it’s motivation to keep doing our best, to keep positive during the hard times,” Fuentes said. “Not everything is darkness. There is a light at the end of the tunnel.”