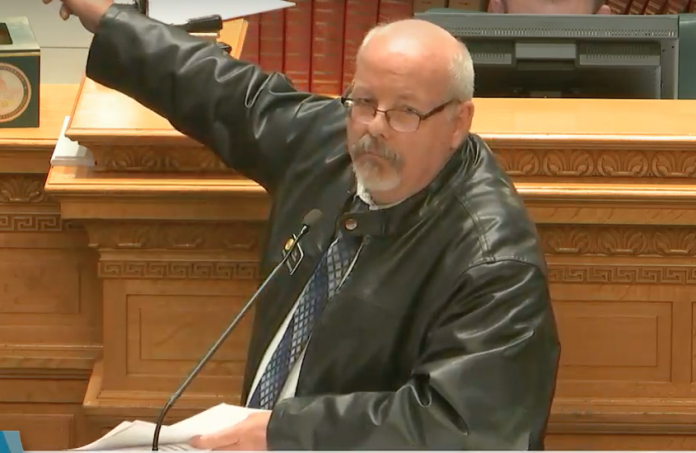 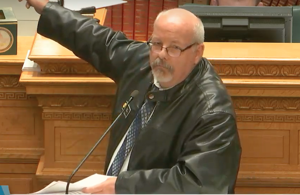 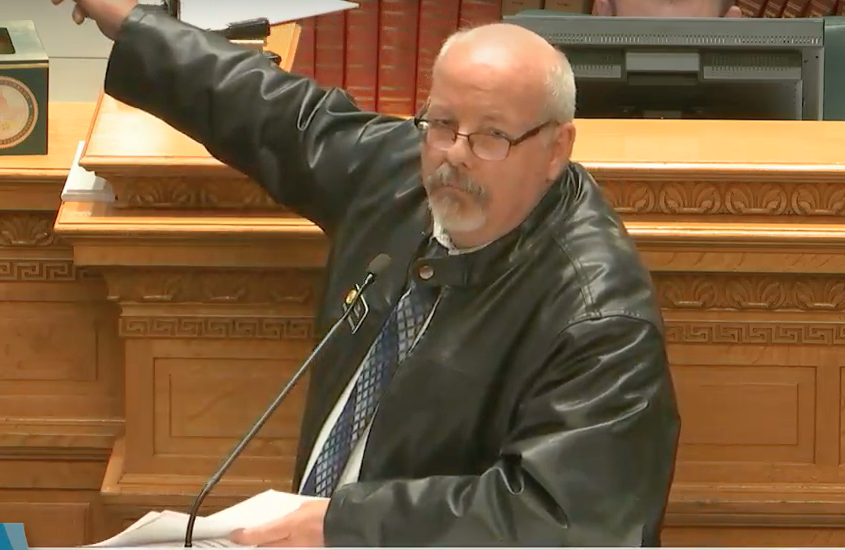 After more than 13 hours of often heart-rending debate, the Colorado House gave preliminary approval to Senate Bill 100, which would repeal the state’s death penalty, effective July 1.

Watching from seats on the side of the House floor: the parents of Kendrick Castillo, the 18-year old STEM School student whose decision to rush the shooter on May 7, 2019, saved his classmates’ lives but cost him his own. John and Mary Castillo stayed throughout the evening, listening to the debate. Rep. Lori Saine, R-Firestone, told the House the Castillos do not support repealing the death penalty.

Opponents of the bill dominated the comments during the debate Monday night. They focused on an argument that the bill be amended to include a petition clause that would let voters decide the issue, or to send it to the voters through a referred measure. Those amendments failed.

Democrats, including the bill’s sponsors, Reps. Jeni Arndt, D-Fort Collins, and Adrienne Benavidez, D-Denver, said the decision is for lawmakers to make.

“We will not dodge the hard issues and send this to the people,” Arndt said. “We are the people.”

“That makes it arbitrary,” Benavidez said.

“I was going to talk about how [the death penalty] is a failed policy,” said Rep. Jovan Melton, D-Aurora. But then he heard “let’s get up close and personal” from Republican lawmakers.

“This is one of the most personal subjects I’ve had to deal with here,” Melton said, pointing out that his district, House District 41, is the smallest in the state geographically but all of Colorado’s death row inmates come from that district.

Rep. Dominique Jackson, D-Aurora, shared the story of watching an execution in California when she was a TV reporter who was asked to bear witness. She gave no indication on how she would vote.

“I’ve been at San Quentin [prison], stood next to the red phone when it rang, and the governor pardoned someone at two strokes to midnight,” she said.

She appeared to struggle to find the words to express what it was like. She had watched the families on both sides, their faces blank and void of emotion, be it pain, sorrow, relief or vindication.

“I don’t know that the death penalty offers closure…This is absolutely no easy decision,” Jackson said.

The murders of Shan’ann, Bella and Celeste Watts in 2018 was raised numerous times during the night by Rep. Lori Saine, R-Firestone, in whose district the family lived and died. After one graphic description of the crimes, lawmakers wiped away tears, as did the Castillos.

Saine read a letter from Weld County District Attorney Michael Rourke, in which he said the defendant, whom he would not name, deserved the death penalty for the crimes and for how he disposed of the bodies. Putting the death penalty on the table elicited a guilty plea from the killer, Rourke wrote. Without it, that case would still be pending today, without closure for the victims’ families and no justice for the victims.

The death penalty “cannot be stripped away in the name of political achievement. If the voters through referendum vote to abolish the death penalty, so be it, that is the will of the people,” but they are not being afforded that opportunity by the bill, Rourke wrote.

Republicans pointed out that the death penalty was reinstated in Colorado in 1974 after lawmakers sent a referred measure to voters, and it was approved on a 61% to 38% vote.

“The people voted it in, they should have the opportunity to vote it out,” said Rep. Tim Geitner, R-Colorado Springs.

In contrast to the usual chatter that goes on in the background during House floor debate, the chamber stayed silent as the debate went on.

One of the most anticipated of speakers during the debate was Rep. Tom Sullivan, D-Centennial, expected to be a “no” vote on the bill. Sullivan’s son, Alex, was murdered in the Aurora theater shooting in 2012, a case for which the death penalty was sought. At four-and-a-half hours into the debate, Sullivan spoke.

For more than 90 minutes, he walked the House through what it was like to be at the theater the morning after, or in the courtroom for the trial. He showed some of the crime scene photos and read some of the 165 charges filed against the killer. He talked about sitting just feet away from the killer while giving testimony about his son during the trial’s victim impact statements.

“I’m under no illusion that anything I say today will make any difference on the votes. I can’t imagine I’ve ever embarked on a more hopeless journey. But it won’t stop me from having my say,” Sullivan said.

His most poignant remarks may have been when he described how his wife, Terry, sat through the Jan. 30 Senate debate on the bill. She was also present for Monday night’s debate.

Sen. Rhonda Fields, D-Aurora, asked Terry to sit in support in the Senate while Fields argued against the repeal. Terry sat there the entire day without taking a break, even after her husband pleaded with her to grab coffee. His voice breaking, Sullivan said “she wouldn’t leave for a moment.”

Sullivan said for the first time he realized that he and his wife felt something different about Alex. “I was there when Alex was born” but could not understand the feeling his wife had when she carried Alex to term, the joy she felt in labor. “It’s unfathomable” how Terry must feel, he said. “She sat quietly on that Senate floor,” he said. “There was another [mother] who knew exactly how she felt.”

He recalled reading newspaper reports that lawmakers had trouble sleeping after that day. “To those of us living in that experience, we call that Thursday. It’s just another day.” To lawmakers he said, “you don’t have to worry about that here. that feeling will pass. You’ll just have to make a vote and move on. It will never be that way for me or Terry.”

Sullivan, who wore his son’s jacket, held up a manila folder that he said contained the last photo of his son: his body on the theater floor. The shooting was on Alex’s 27th birthday, and Sullivan said his son spent his birthday in a body bag. Many lawmakers listened, standing, with their heads bowed; others wiped away more tears.

“I don’t believe I know the answer to any of this,’ Sullivan said at the end. “It would be nice to get a decent night’s sleep…I will not be the one to tell the next family who has to endure a lifetime like I have what justice must look like for them. I will be a ‘no’ on the repeal and I hope you will join me so we can do what the citizens of Colorado want us to do. Fix the wrongs that are in front of us, even when they’re hard and painful, not just taking votes and moving on.”