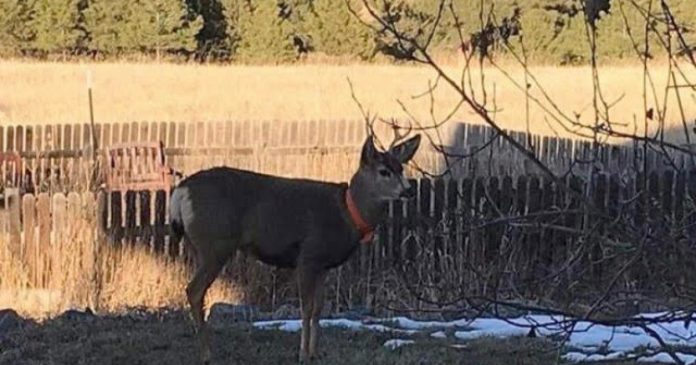 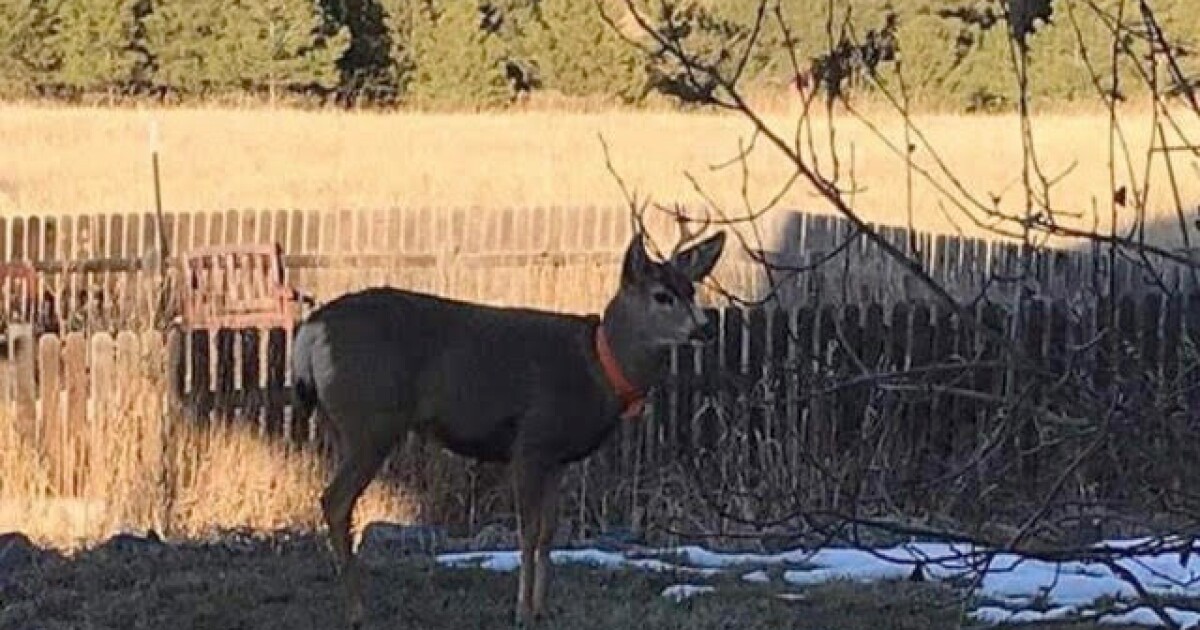 FRANKTOWN, Colo. – An aggressive deer attacked and gored a man in Franktown in Douglas County on Wednesday evening, officials said.

The man was taken to a hospital for treatment and later released. The deer, which was wearing a fluorescent orange dog collar, is believed to have been raised by people, officials said.

The man and his wife told Colorado Parks and Wildlife officials that they saw the deer on the other side of their fence on Wednesday afternoon. The deer appeared to be friendly, the couple said, so the woman reached over the fence and the deer approached her hand. The deer then broke through the fence and knocked the woman back, pinning her into the barbed wire.

When her husband tried to intervene, the deer knocked him to the ground and dragged the man around the yard. He suffered wounds to his lower body from the buck’s antlers.

His wife called 911 and fired a pellet gun at the buck, distracting it long enough for her husband to escape.

Wildlife officials said the deer, a two-year-old buck, had been domesticated and recently set free in the area. The buck’s collar and behavior indicated it was raised by people.

“We suspect somebody was raising it and released it after they couldn’t handle it anymore,” wildlife officer Casey Westbrook said in a CPW news release. “These are some of the dangers that come when you try to domesticate, or even just feed wildlife, which is a major issue we start to see this time of year. These animals learn to expect something from humans and when they don’t get it, they become dangerous and encounters like what we saw here can happen.”

Wildlife officials had received two reports earlier Wednesday about the same deer acting aggressively toward other residents in the area. Shortly before the buck gored the man, it had reportedly chased a 10-year-old boy near Tomichi Drive and Caribou Drive. A man pulled his car between the boy and the deer, preventing an attack.

Owning or possessing wildlife is illegal in Colorado. Anyone with information about people raising or attempting to domesticate wildlife is asked to report to Colorado Parks and Wildlife by calling 303-291-7227. It can also be done anonymously through Operation Game Thief at 1-877-265-6648 or sending an email to game.thief@state.co.us .