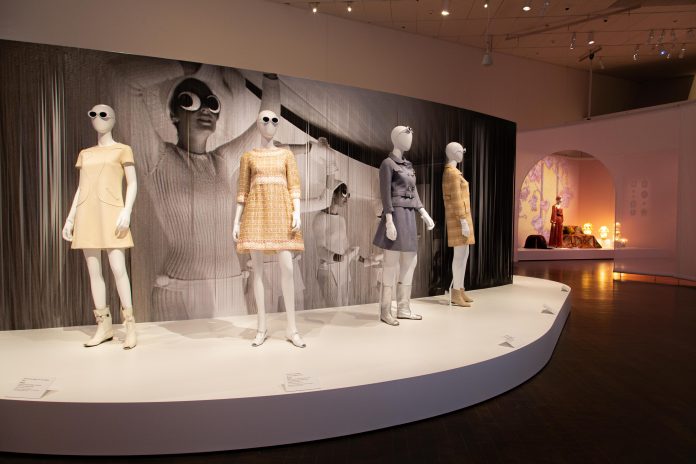 During the golden age of Hollywood, designer couture and fashion experimentation were embedded in popular culture. Among the iconic and celebrated figures of this era included the affluent couple Veronique and Gregory Peck. Veronique, a native Parisian, journalist, philanthropist and fashion influencer, was a commemorated and influential vanguard in Hollywood prior to her passing. Her husband, the late Gregory Peck, complemented this memory through his own unique style, venerated career and charm. The From Paris to Hollywood: The Fashion and Influence of Véronique and Gregory Peck exhibit at the Denver Art Museum pays homage to a beloved duo in Hollywood. 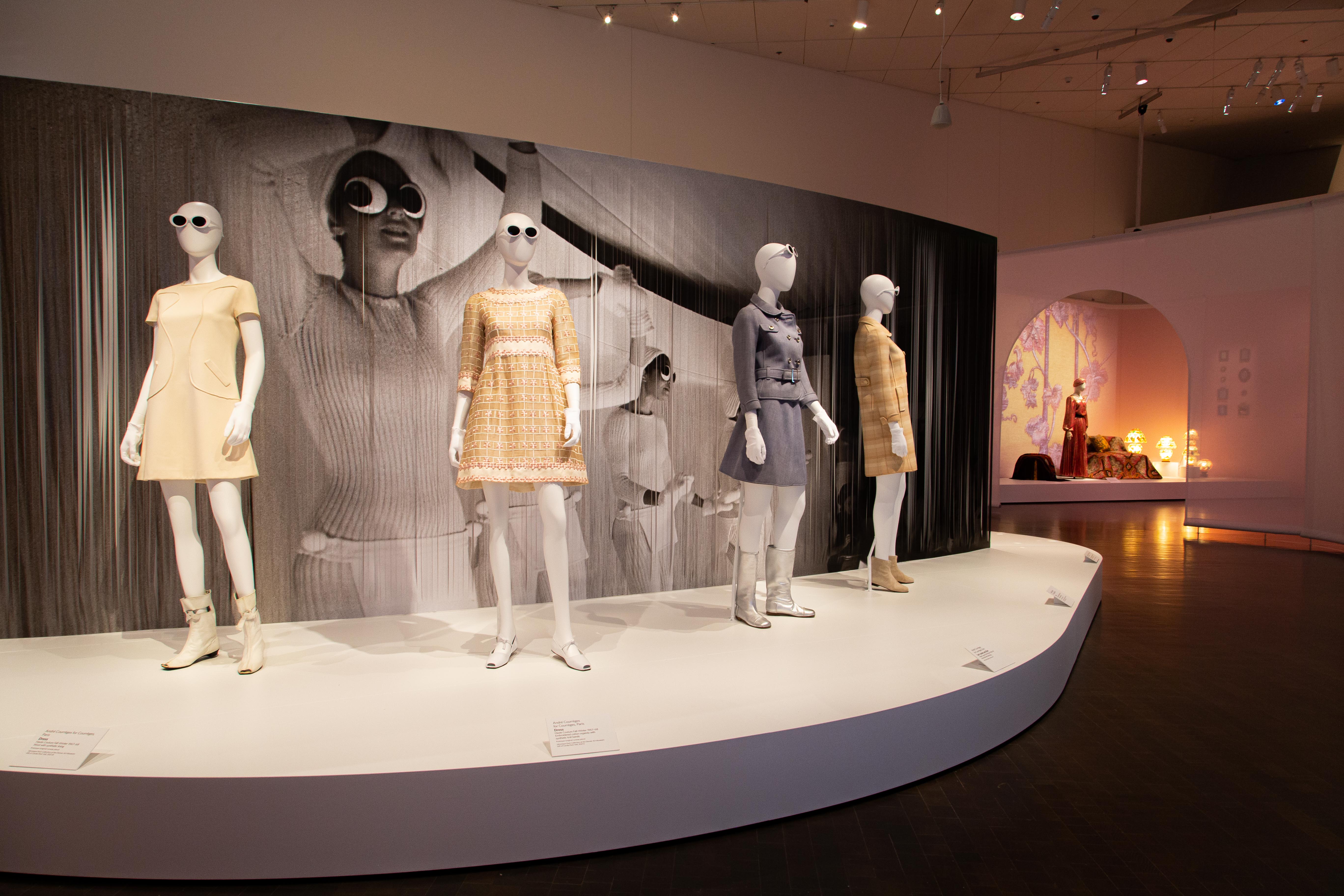 The new exhibit features designer couture, family photographs, film clips and documents spanning from the 1950s to the 1990s, focusing on the influence the couple had on the fashion and arts industry.

The curator, Florence Muller, is a Parisian native herself. Muller moved to Denver in 2015 to take on the position of Curator of Textile Art and Fashion at the Denver Art Museum. She has been and continues to be, a distinguished figure in fashion studies for years. She has curated hundreds of exhibits, including ones at the Louvre Museum in Paris as a fashion curator prior to moving to Denver, taught at the French Institute of Fashion and has published dozens of books on the emergence, influence and history of fashion and designers like Dior and Louis Vuitton.

Müller, on a streak, is also an established journalist, like Veronique. “She [Veronique] was a guide, she was a mentor, she was somebody who opened the doors and who really taught that it is not only great to be well-dressed and to have great designers,” reflected Müller, “but it’s also what you have in your mind. Your spirit can be well-designed.” 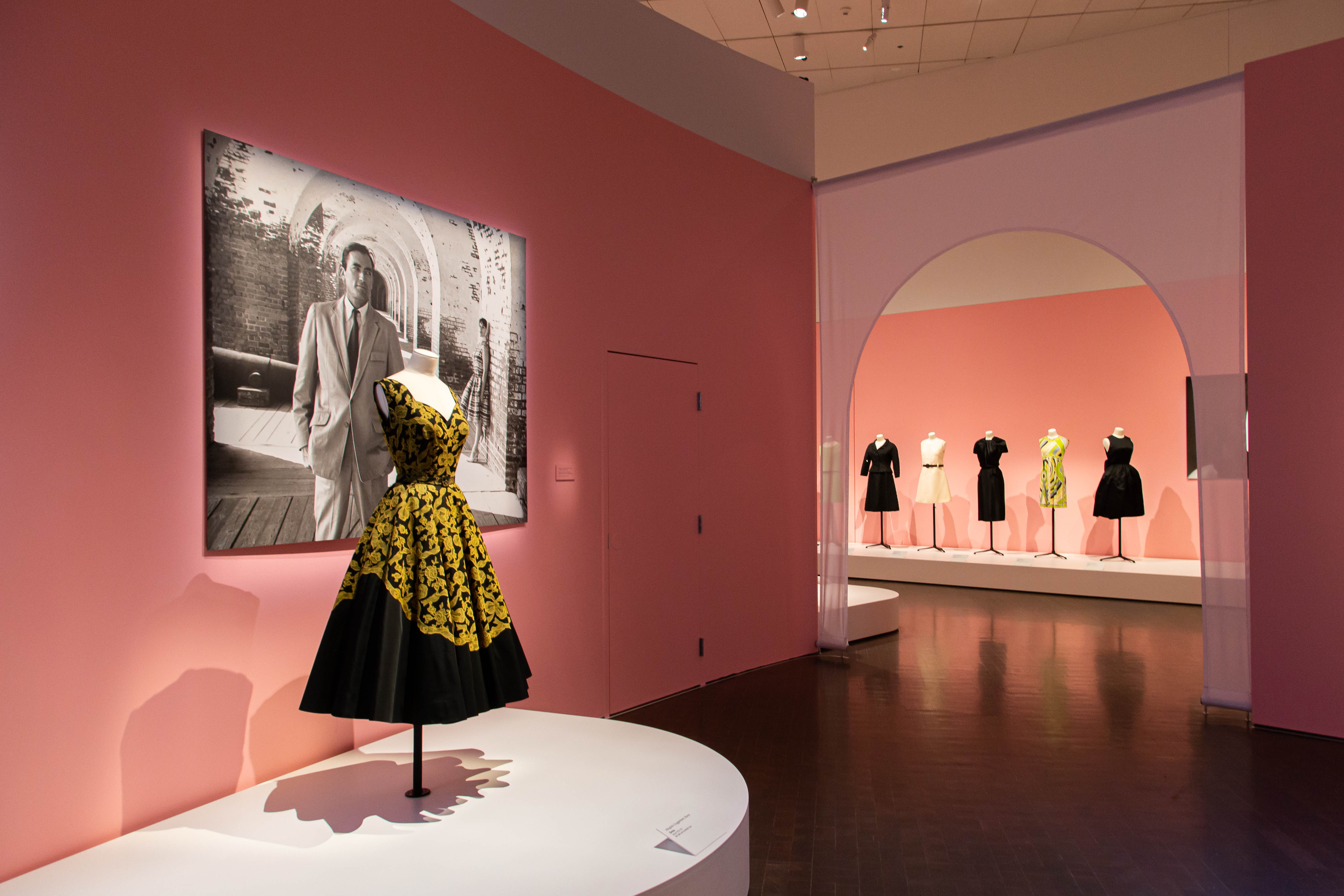 Gregory Peck, the other main subject of the exhibit, was an established figure in his own right. A successful actor known for his roles in classic films like Roman Holiday alongside Audrey Hepburn, To Kill a Mockingbird and Cape Fear to name a few, Gregory married Véronique in 1955 on New Year’s Eve. Until his death in 2003, the two held a strong, blooming relationship. Both with each other and with their shared passion towards extravagant milieu, high-quality fashion and progressive causes. (Gregory was a speculated candidate for California Governor against Reagan, while Veronique was a staunch philanthropist for the arts and culture.)

For many, fashion is an afterthought rather than a priority. Most of us throw something on to get through the day —  nowadays that’s usually sweatpants and blue-light blocking glasses to combat hours of screentime. What Muller understands, and hopes to convey to visitors, is that fashion is much more symbolic of social evolution than it may seem, it can hint at each era’s unique voice and taste. “I think going through several decades [the clothing and objects on display], will bring the idea that with fashion you can really, on the one hand, reflect on the evolution of society in each decade. And on the other hand, when a design is really beautiful and great, it can still be seen as accurate today.” Müller hopes that a mixture of Avant-Garde and contemporary styles on display will embody the variety and diversity present in the subject’s fashion choices and style. 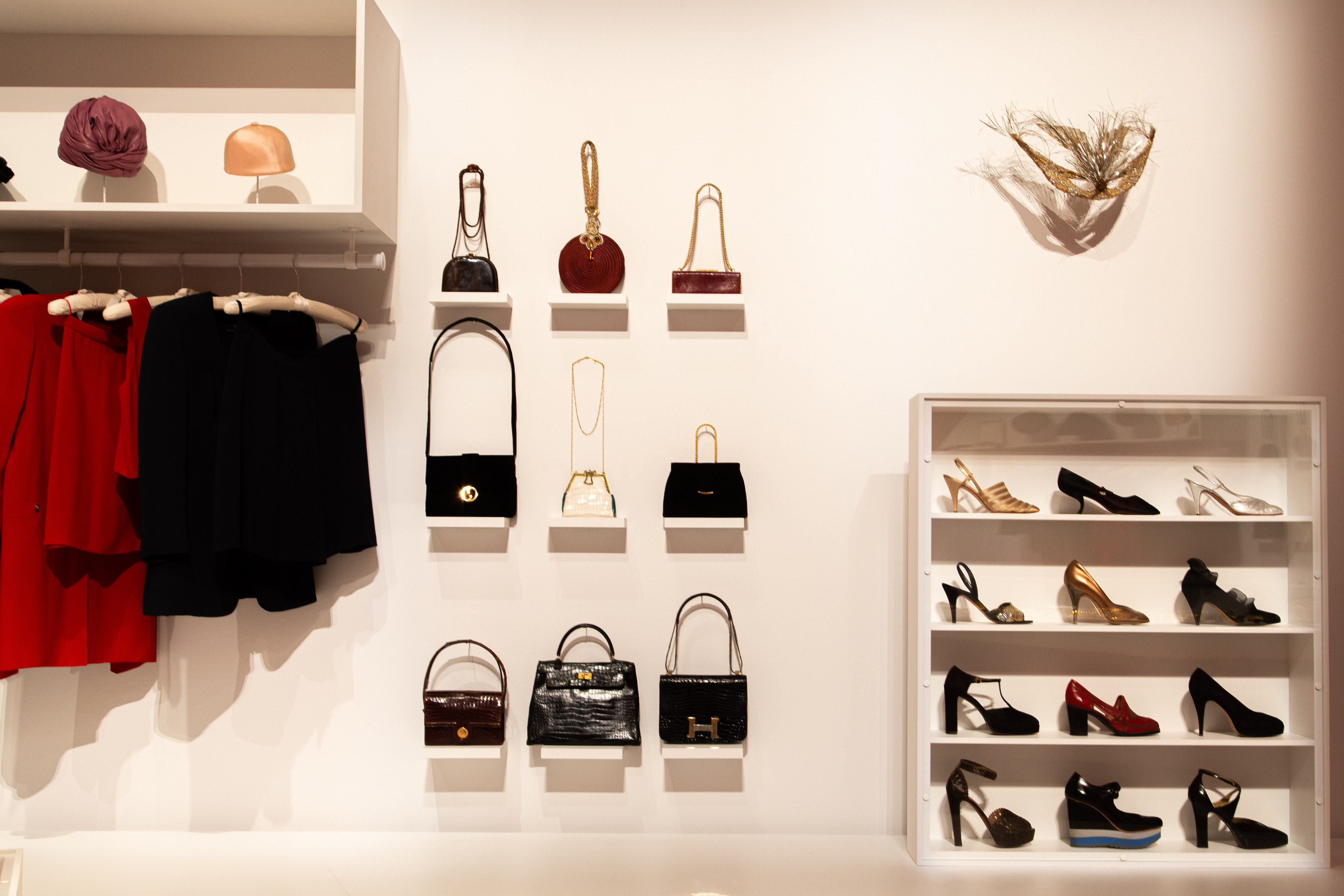 Visitors can’t miss the depth of research, collection and work that clearly went into the exhibit’s authenticity and intimacy. Müller traveled to Los Angeles to meet the daughter of the late couple, Cecilia, who generously gifted the museum with 20 of her mother’s most iconic outfits for the exhibit. “She [Cecilia] still belongs to this Hollywood tradition, I would say,” nudging at the inherited talent by the producer, director and actress. Muller used her time with Cecilia to bring a more personal and authentic milieu to the exhibit. “I think she [Veronique] had a vision of fashion with the curiosity and open-mindedness of a journalist. When there was an up-and-coming designer, she wanted to discover them. She was among the first clients of André Courrèges and Saint Laurent when they were not yet famous. She had this spirit of being attracted by what was new and trendy.”

You could give credit to the Pecks for being the original influencers of their time — long before the term used to describe our modern social media caste system appeared in Urban Dictionary.

“When my parents entered a room, you couldn’t take your eyes off them. They made style look effortless. I think their secret was that they were having fun. They were in love, and you could feel it. They inspired each other and made each other laugh. His eyes were always on her. Their style was a reflection of their love,” Cecilia told Müller. 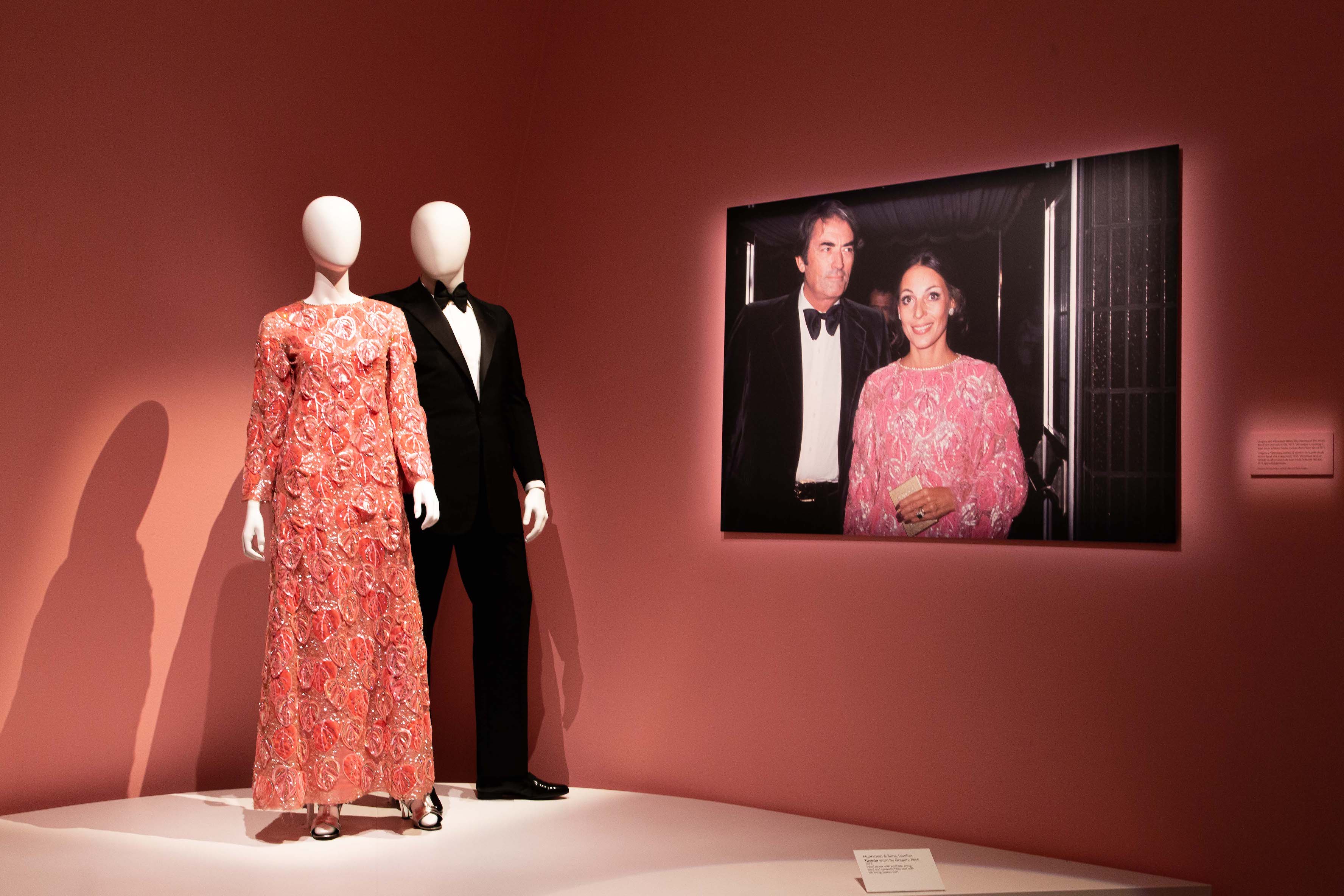 Despite the pandemic, the museum has taken precautions and limited capacity to enable the exhibit to be viewed in person. “Right now, we are all going through a moment that is not very fun. I think it’s nice to be in this bath of a lifestyle that is really full of happiness,” said Müller.

From Paris to Hollywood: The Fashion and Influence of Véronique and Gregory Peck is on view at the Denver Art Museum until July 18, 2021. Tickets are available for general admission and free for members and children under 18 every day.

All photography by Adrienne Thomas unless noted otherwise.