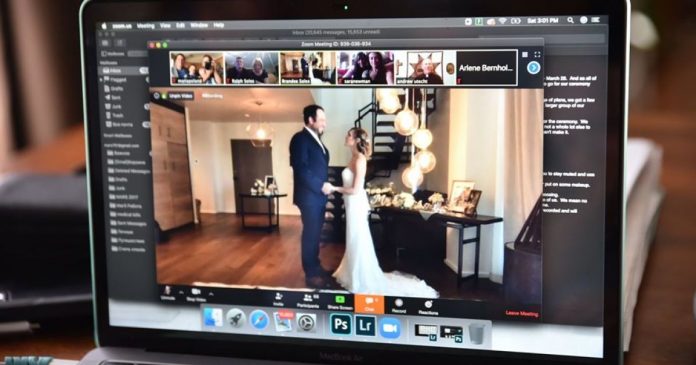 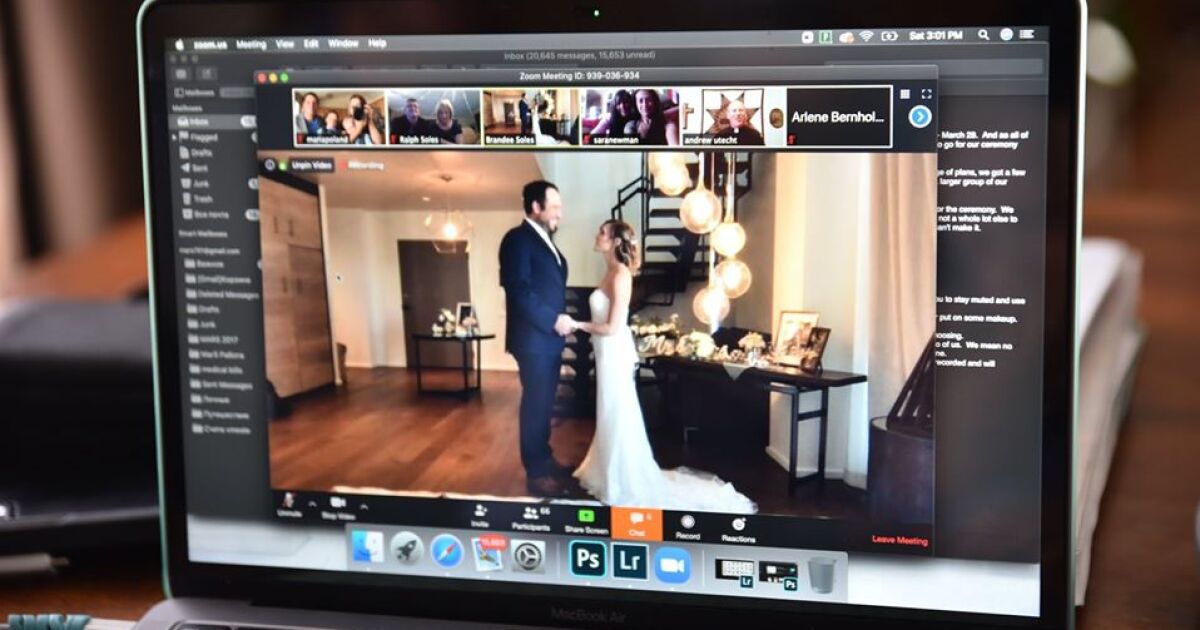 DENVER — Cole and Brandee Poland planned a beautiful wedding at the Denver Botanic Gardens, followed by an intimate dinner with their families at a local restaurant.

Months of planning changed in an instant as COVID-19 concerns forced restaurants to close, and Denver’s mayor announced a stay-at-home order.

“The mayor did the stay-at-home order, the Monday, the Monday before our wedding, and then it just all fell apart the week of, and we just punted,” said Brandee Poland.

As the couple weighed their options, it never occurred to them to delay the wedding. They wanted to get married no matter what, even if the day would be nothing like one they had envisioned.

“Postponing wasn’t really a thought, I think maybe we kicked it around, but mostly it was like how are we going to do this, what’s the solution here, how can we make it happen,” said Brandee Poland.

Instead of a ceremony at the Botanic Gardens, the got married inside a suite at the Halcyon Hotel in Cherry Creek with family and friends watching on Zoom. Even the pastor was remote and officiated the ceremony on the computer.

“It was still fun on the Zoom call, like our families dressed up in their suits and dresses that they bought,” said Cole Poland.

There was one brief moment of panic during the ceremony when the computer screen froze, but the Polands said it was still perfect.

“It turned out to be great because it was just the two of us, and that’s really all that mattered,” said Cole Poland.

They estimate about 120 people tuned in for the event. Their wedding was supposed to be small, but when word got out about the online ceremony, people who weren’t originally on the guestlist began asking for an invitation.

“A lot of people reached out to us after and were just like so thankful to have the invite but also thankful to have I guess that positive, something positive in all of this because everyone is going stir crazy,” said Brandee Poland.

After the ceremony, the newlyweds enjoyed dinner in their room as they called family and friends; some of them made a virtual champagne toast to celebrate the happy couple.

“It was sweet. It was not obviously what anyone would expect for their wedding day, but it worked, and we’re married,” said Brandee Poland.