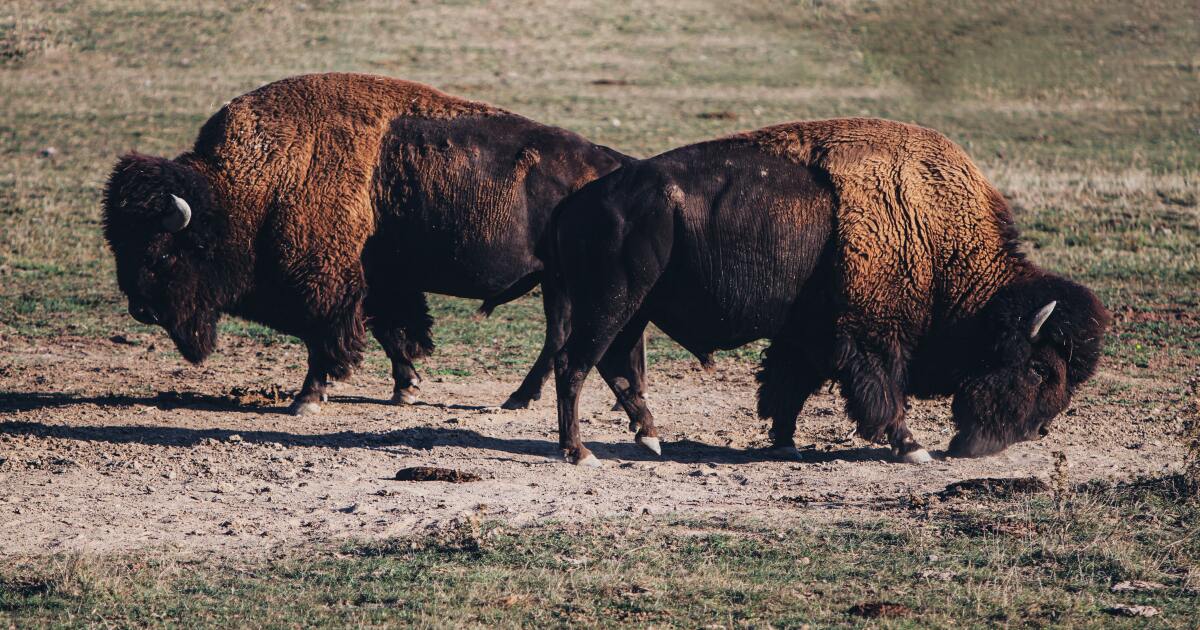 Thirteen of the surplus bison are headed to the Cheyenne and Arapaho tribes in Oklahoma and an additional bison will go to Tall Bull Memorial Council in Colorado.

This is part of the City and County of Denver’s efforts to return the animals to their native homes, while supporting conservation efforts, on tribal land. These kinds of donations to American Indian Tribes or American Indian nonprofit organizations will continue through 2030, according to the city.

Denver Mayor Michael B. Hancock said the city shares a common vision with tribal partners to return and restore wild bison to their historical habitats.

“Bison restoration efforts teach us how to be better stewards of the land, improve prairie landscapes and ecosystems, ensure genetic diversity of the species, and ensure a legacy of cultural understanding,” Hancock said.

Denver shares a common vision with our tribal partners to return & restore wild bison back to historical habitats & ancestral lands. We are proud to donate 13 American Bison to the Cheyenne & Arapaho Tribes, in Oklahoma & one bison to the Tall Bull Memorial Council in Colorado. pic.twitter.com/xPnDAZ7mfz

Cheyenne and Arapaho Tribes Gov. Reggie Wassana said this donation is the result of a long history and relationship with the state.

“The Tribes plan to use the donated bison as a cultural, conservation and educational resource, with the goal of locating the bison on our own tribal natural plains habitat,” Wassana said.

Instead of hosting its annual Bison Auction at Genesee Park, Denver Parks and Recreation will work with its tribal partners to “select tribes across the country that will accept the bison to build and enhance conservation herds on tribal lands,” the city said.

Herds of bison — which numbered more than 30 million individual animals on the North America continent at one point — was almost completely wiped out by European explorers in the late 1880s. By the turn of the 20th century, less than 1,000 bison existed on the continent, according to the city.

Denver Mountain Parks started caring for bison to conserve the species and prevent their extinction. It owns two herds — one at Genesee Park and one at Daniels Park. The animals are descendants from the last wild bison in North America. Eighteen bison — all that remained in Colorado at the time — were originally kept at the Denver Zoo in 1908 before they were moved to Genesee Park in 1914 and expanded to Daniels Park in 1938. A few dozen bison now call the parks home.