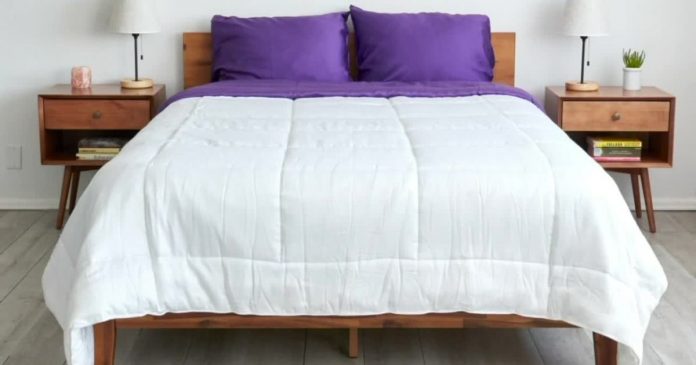 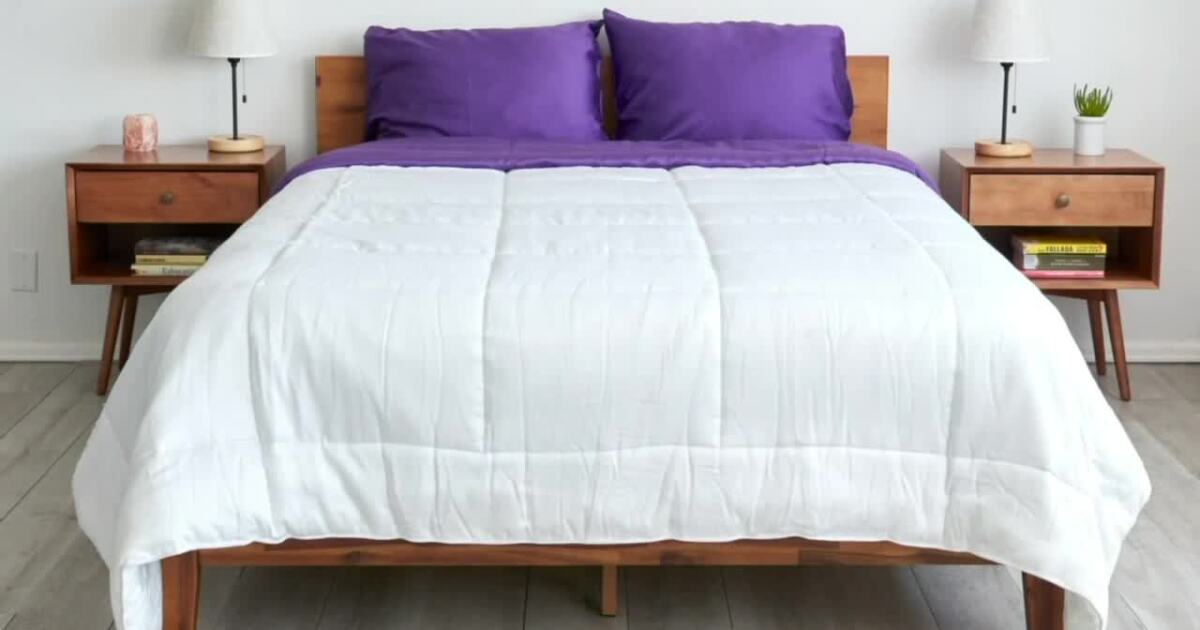 DENVER — We’ve all been spending so much time at home lately, but one area where you might not have thought to update in your space is bed sheets.

It sounds funny, but you’re “In Good Company” this week with a Denver-based bedding line called Sheets & Giggles.

Forget the pima cotton and thread counts. Denver entrepreneur Colin McIntosh is out with a new type of bed sheet made from eucalyptus.

“I found a material, eucalyptus lyocell, which is considered to be the most sustainable fabric in the world,” McIntosh says. “It’s also softer than cotton, and it’s more breathable. Once I slept on it for the first night, I was sold.”

But he knew he had to be different, breaking into an otherwise boring bedding market.

“You have to make people stop what they’re doing, stop scrolling, stop listening to their podcast, stop looking at their friends’ posts on Instagram,” McIntosh said.

His advertisements are unconventional.

“You need them to sit up and pay attention to what you’re doing,” McIntosh said. “If you just have white sheets on a white wall with a French-pressed coffee on the edge of the bed, like everybody, they’re not going to stop.”

He hopes the quirky humor will convince people to give them a try.

“When people ask me why I started a bedding company, I swear it’s one of the things I say is ‘just for sheets and giggles.'”

He said it’s also one of the most sustainable fabrics and biodegrades 40% faster than cotton.

“It uses up to 96% less water than cotton sheets do,” McIntosh said. “A lot of people don’t know that a single cotton bed sheet can use up to four thousand liters of water.”

They also make duvet covers, comforters and blankets so that you have something comfy to fall into after a tough day, and they deliver to your doorstep in plush packaging.

“It would be really fantastic if we were able to take this weird little thing that we started in Denver and bring it nationwide,” McIntosh said.

Sheets & Giggles is part of Colorado’s Pledge 1% program, giving a portion of the company back to nonprofits. The company also donated sheets to Denver Rescue Mission, contributed thousands of dollars to Colorado’s COVID Relief Fund in 2020 and they plant a tree for every order.

If you’d like to learn more about local businesses we’ve featured in our newscasts — download Denver7 to your Roku, Apple TV, Amazon Fire, or Android device, and look for the “In Good Company” section.