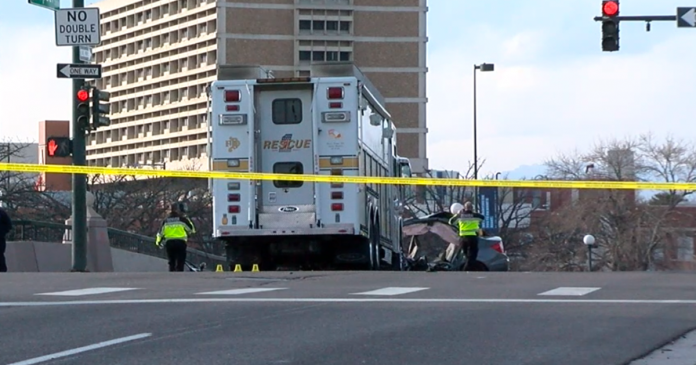 Though it is unclear what led to the crash, investigators say the engine had its lights and sirens on.

The crash occurred Saturday afternoon on North Broadway at the intersection Speer Boulevard. One person was killed in the crash and two others were transported to the hospital.

“We want to be completely transparent. So we are in contact with the DPD traffic bureau,” said Chief Desmond Fulton of the Denver Fire Department. “We want to make sure that no matter what comes to light at the end of this tragedy, that we learn from it and that we do what we can to make sure that this does not happen again.”

The Denver Police Traffic Investigations Unit is heading the investigation. A spokesperson for the department said that though it is a busy intersection, there is little video evidence available.

“If there are businesses in the area that happen to capture surveillance or any portion of this — even if you don’t have the crash itself, we are asking you to let us know,” said Sgt. Mike Farr of Denver Police Traffic and Investigations. “We are sifting through evidence and we are asking the public if you were there, we would like to hear from you.”