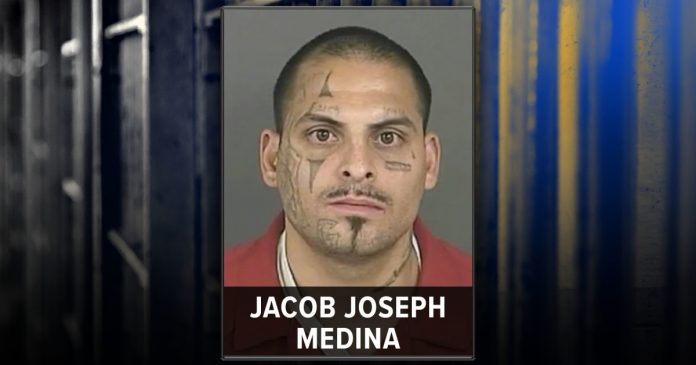 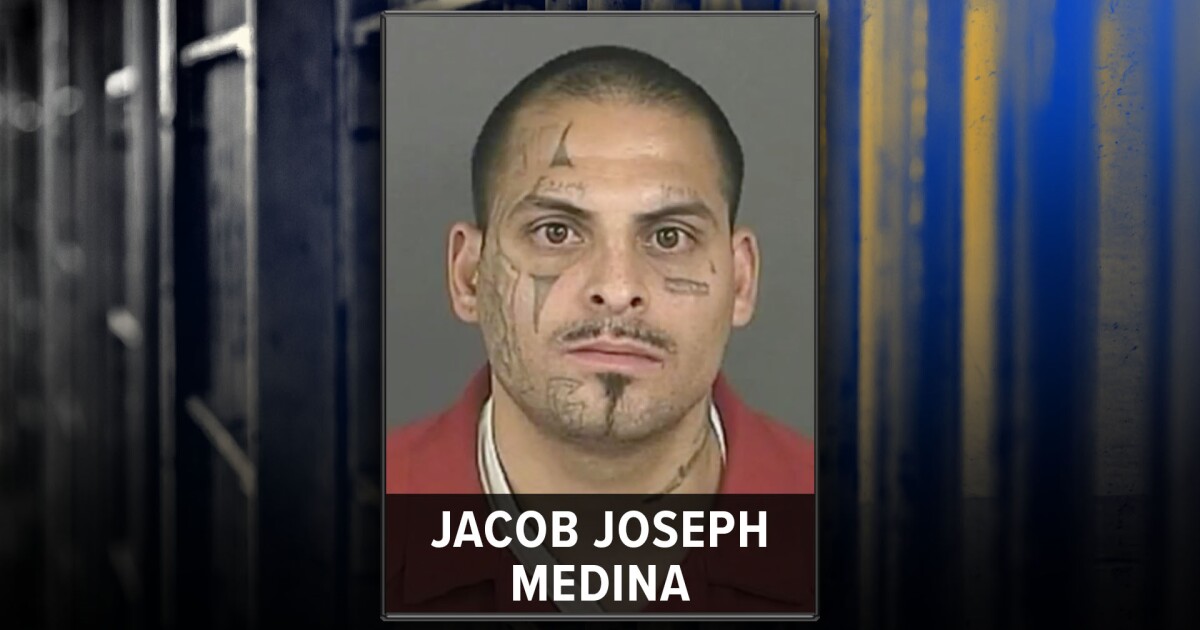 DENVER — Police in Denver are asking for the public to keep an eye out for a violent man who is wanted by police.

According to the Denver Police Department, Jacob Joseph Medina, 35, is wanted for robbery, parole violation for menacing and assault, and failing to register as a sex offender. The police department said he is considered “extremely violent.”

He has an extensive criminal record, which included charges of attempted murder, sex assault on a child, child abuse, possession of a weapon by a previous offender, possession of a controlled substance, motor vehicle theft, identify theft, DUI and more.

Police said his previous addresses include:

Medina is 225 pounds and about 6 feet, 2 inches tall. He has black hair, brown eyes and facial tattoos.