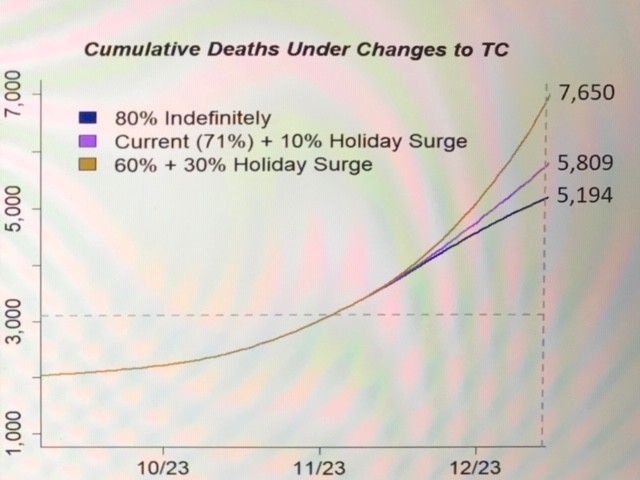 DENVER — Denver Public Health and the Tri-County Health Department have been told to expect their first shipments of COVID-19 vaccine by the end of next week.

No specific timeline has been announced as to when the vaccine will be administered to various groups, but the Centers for Disease Control is recommending that healthcare workers be vaccinated first, and then elderly residents at long term care facilities.

The State Joint Information Center said, “because the initial supply of vaccines will be very limited, COVID-19 vaccine(s) will not be immediately available to everyone who wants one. We are continuing to determine the exact phasing of the vaccination distribution, which will be done as fairly and effectively as possible. The state will release the revised plan next week.”

The JIC said there are 4 COVID-19 Vaccine candidates.

Health officials say Pfizer and Moderna have applied for Emergency Use Authorization and are expected to be the first vaccines to be distributed.

A JIC spokesperson said when Pfizer and Moderna applied for Emergency Use Authorization from the FDA, they reported that side effects for their vaccines are mild.

“In general, most people do not have serious problems after being vaccinated. However, your arm may be sore, red, or warm to the touch. These symptoms usually go away on their own within a week. Some people report getting a headache or fever when getting a vaccine. These side effects are a sign that your immune system is doing exactly what it is supposed to do. It is working and building up protection against disease,” the spokesperson said.

Dr. Rachel Herlihy, the state epidemiologist, and Dr. John Samet of the Colorado School of Public Health released new projections Thursday, which paint a grim picture for the rest of the month.

The unknown, they said, is how much of a surge we’ll see, post Thanksgiving.

“I don’t like to be a grim prognosticator here,” Samet said, “but if the curve keeps rising as the ‘R’ value suggests, we’ll see more hospitalizations, more cases and more deaths.”

He said if we stay on the present course, we could see a cumulative total of 5,194 COVID related fatalities by the end of the year. So far, there have been 3,335.

With a 10 percent holiday-related surge, that number could jump to 5,809.

Herlihy said she’s not expecting to see any Thanksgiving-related surge statistics until December 7.

She also said it’s possible that Coloradans will be asked to avoid contact with friends or relatives from other households during the Christmas holiday.

When asked about immunity among people who have already had the disease, Samet said, “We don’t know how long immunity and how long effective immunity lasts.”

Hurlihy said some Coloradans reported testing positive, were later cleared of the disease, and then later tested positive a second time.

“It’s difficult to know if those are individuals who would have been able to spread the virus or not,” she said. “There’s still a lot we don’t know.”

Last month, Bob McDonald, the executive director of Denver Public Health & Environment said, “We’re going to do everything we can to get everyone tested.”

He tried to allay concern about vaccines, and the speed at which they were created.

“COVID-19 is the name of the illness that the virus causes, but researchers call it SARS-CoV-2, meaning Severe Acute Respiratory Syndrome-COv2, meaning it’s a coronavirus, but kind of a part 2 if you will,” McDonald said.

He noted that SARS-CoV-2 is a very close cousin to the original Severe Acute Respiratory Syndrome.

“When we saw SARS a number of years ago, scientists began working on a vaccine for that, and when we saw COVID-19 come to Denver and to the state back in March, and across the world, researchers didn’t have to start over with trying to develop a new vaccine,” he said. “They picked up where they’d left off.”

McDonald said he’s confident the vaccine will be safe and effective.

Dr. Anthony Fauci, director of the National Institute of Allergy and Infectious Diseases, said the same thing during an online briefing with Governor Jared Polis.

“I will get vaccinated when it is my time, as well,” Fauci said.