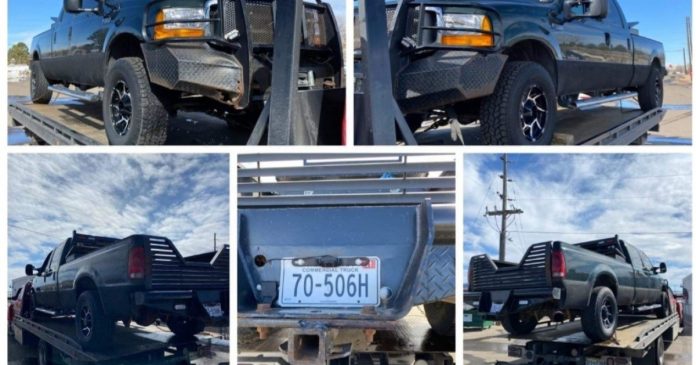 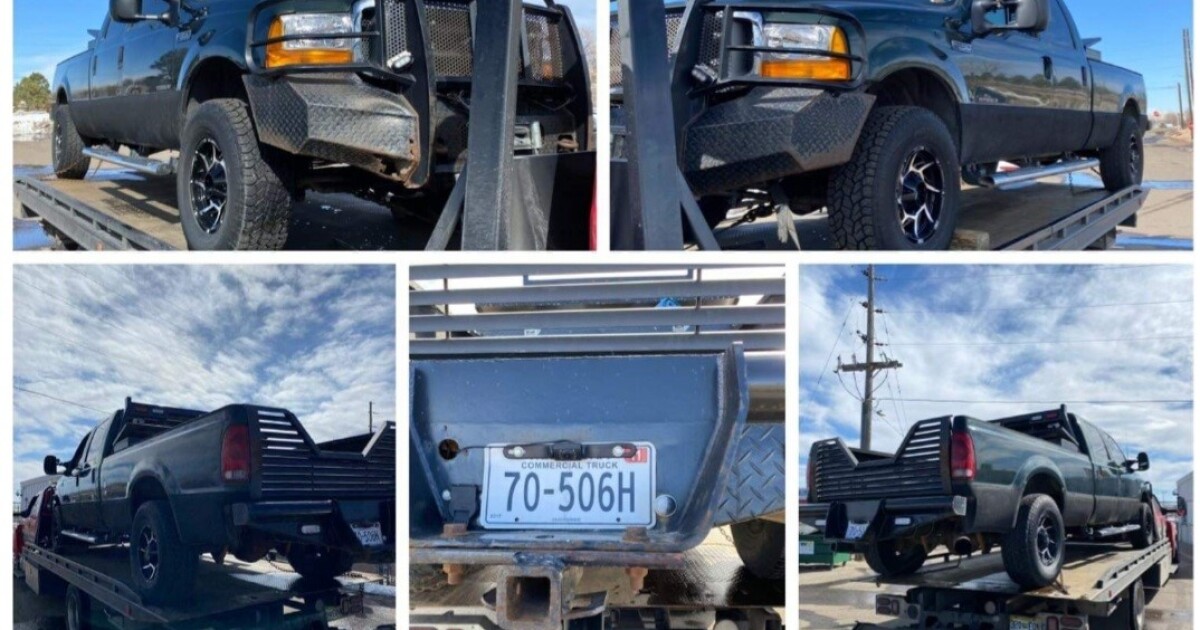 Before they could return home, thieves stole their pickup, a 2000 Ford F-350.

The family reached out to Contact7 for help and after sharing their story on Denver7, a security guard who watched spotted the couple’s pickup behind an apartment complex at 146 Delmar Circle.

He called police and they called John’s Towing Service.

David Messmer posted on our Facebook page that he towed the pickup to an impound lot.

That’s how the Merithews learned their 2000 Ford F-350 had been recovered.

“I was overjoyed that they actually found it,” Aaron Merithew said. “Then it flooded into my head — what’s missing?”

“I was shaking. I was crying. I was just so excited, as you can tell,” Cheyanne said. “Landon was very excited too when he found out this morning.”

The Merithews are stunned by the outpouring of support from people wanting to help. One of them was the owner of a semi that Aaron used to work on as a diesel mechanic.

“He made the comment that basically ‘If I have to buy you a car to get around…’ and Aaron was like no, that’s not necessary,” Cheyanne said. “The next morning, we woke up and he called Aaron and said, ‘I’m on the way to get you, I bought you a car.’ And we were just like, ‘What? What?’ Our reaction was just shock.”

Many others contributed cash to help pay expenses.

The Merithews said their truck will need some repairs.

Cheyanne said the door lock and ignition system were compromised.

She said Landon’s child seat is still inside, but they don’t know if all the tools are.

“Landon absolutely loves this truck,” Cheyanne said. “It’s his truck. It’s literally been dubbed Landon’s truck for a long time. I don’t know if it’s the diesel motor, or the bouncing, or both, but we’ve never heard him laugh so much as we did on our way out to Colorado.”

The family is grateful their negative experience here is taking a turn for the better.

“There is still a lot more good than there is evil,” Aaron said. “Evil just hits harder.”

But in this case, evil is being overcome by a tide of good will.