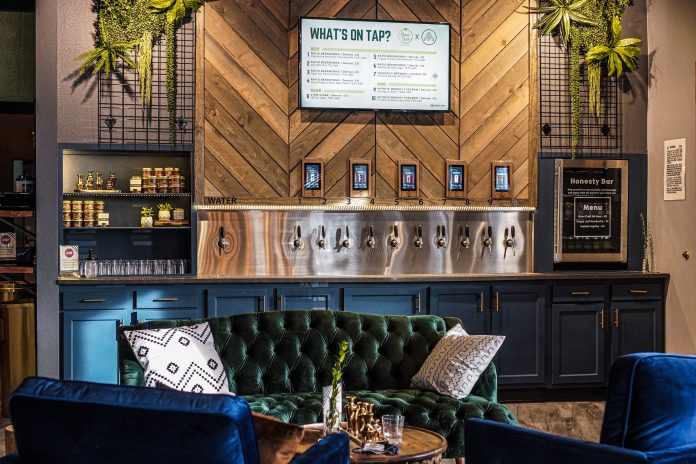 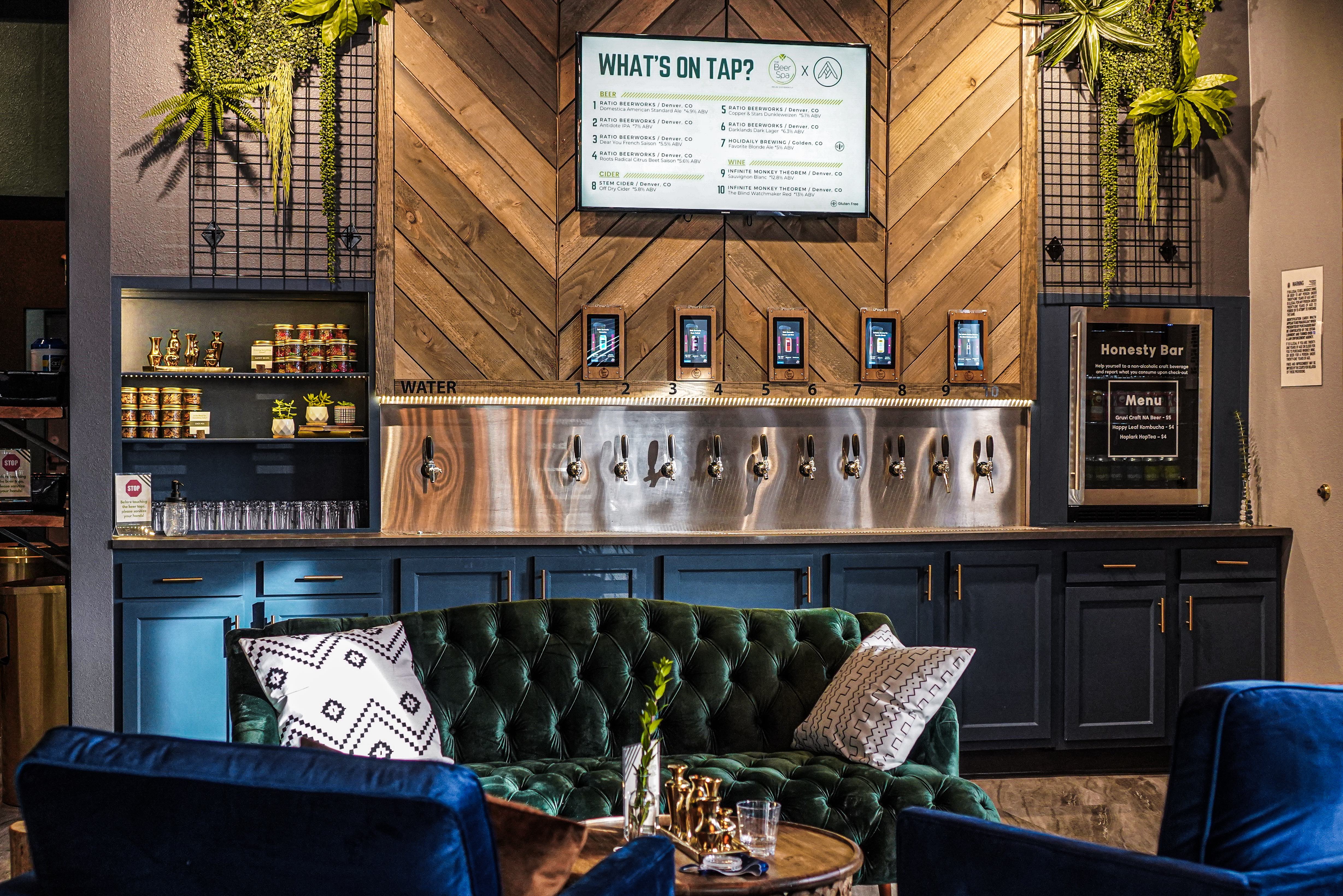 The Beer Spa — three words that go together so naturally that it should seem strange there ever could have been a time where they weren’t connected. Introduced to Denver on February 26 by globetrotting husband and wife duo Damien Zouaoui and Jessica French, the newly-opened oasis certainly makes a powerful case for the hybridization of bar and wellness center. After a visit, there is a noticeable reset. Return visits rendered likely.

The Five Points standalone is a game-changer. It’s instinctually familiar — the senses immediately responding to some spring of quintessential international tranquility — while still being outfitted and mechanized in a way suited to the Instagram generation. The location is the model for a planned empire of ease, the brand — fittingly dubbed Snug — wittingly designed in the interest of replicating the original’s streamlined approach. “We’re not here to run a mom-and-pop beer spot,” grinned French.

Zouaoui and French met in New York in December 2016 — a Bumble success story gone massively right. Quickly becoming aware of their personal and professional compatibility, the duo began dismantling their corporate lives, leaving for what would be a 14-month journey across 25 countries at the end of 2017. Zouaoui and French’s expedition was entrepreneurial from the very start, the pair agreeing at the outset that they would not return stateside until they had found inspiration and developed a business plan.

The global galavant was mercurial, with the next destination sometimes being decided by the flip of a coin. It was during one such moment, when all was left to chance, that the couple embarked from Chiang Mai, Thailand to Poland, where, in the town of Zakopane — an Aspen-like municipality in the Polish Alps — they discovered their first beer spa. French said she knew immediately that she had found her business. “Damien was still stuck on a fast-casual pasta concept,” she laughed. “But he fell asleep in the bath he was so relaxed.” A tour of the world’s great submersions followed — thermal baths in Budapest, jjimjilbangs in South Korea and onsens in Japan were all visited in the interest of research.

While the European exemplar came complete with some more rustic fundamentals — including a post-bath repose in a bed of hay — Zouaoui and French’s iteration is decidedly chic, owing as much to Manhattan cocktail bars and boutique hotels as it does to the more traditional soak cultures. “We took the core idea and completely changed it — Americanized it, modernized it,” she continued. The Beer Spa is only the third of its kind to pop up in the United States, with one in Chicago and another Deschutes-affiliated model in Oregon each presenting a distinct approach.

The facilities themselves feature four rooms — each complete with an infrared sauna, soaking tub and shower packed with proprietary Snug Cosmetics products, beer-infused shampoo, conditioner and body wash. The taproom is self-serve, the RFID-powered taps pouring beer from the local brewery of the month — Ratio Beerworks in March, with Denver Beer Co coming in April. A custom fragrance — designed by French — permeates the main room, the founders noting the vivid connection between scent and memory. Garage doors connect each pair of rooms, allowing larger parties to enjoy a conjoined space. Several packages are available, including the date night ($180) — which ramps up the experience with Temper Chocolates, flower petals and an utterly luxurious bottle of Crémant D’Alsace.

But The Beer Spa is more than just about knocking some back in the jacuzzi. The tub is treated with a massive teabag full of hops, barley and whole dried herbs — the mixture receiving a monthly makeover with materials coming straight from the brewery partner. With hops acting as a natural relaxant, the barley helps to decrease wrinkles, remove toxins, moisturize skin and make for softer hair. While each element is dialed in its own right, what gives the place its edge is the sensory overlap — the undeniable feeling of slipping dreamily away, merging with the beer.

While the main services certainly benefit from the merit of novelty, nothing about the place rings of a gimmick. Least of all, the supplemental Zero Gravity Massage ($20 f0r 15 minutes, $30 for 30 minutes) — which involves space-age massage chairs complete with an appropriately intergalactic room aesthetic. These are not to be missed and can be enjoyed with or without beer therapy access.

Zouaoui and French have clearly done their homework. Each feature has been carefully fine-tuned, with particular consideration paid towards creating a gender-neutral environment — classy always eclipses cute. Feeling that many American spas were decidedly transactional, the space is fittingly unhurried and even with a certain degree of automation, there is still plenty of room to kick back. The Beer Spa’s ducks are so plainly in a row, now would be the best time to experience what may very well become a sensation while it’s still in its humble beginnings.