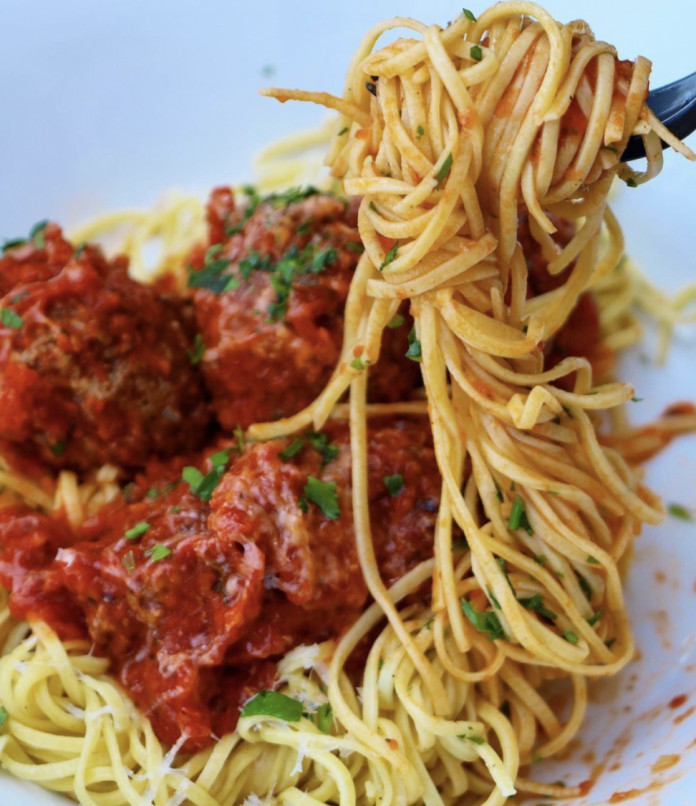 Halloween is far behind us, but there are ghosts among Denver that deserve to be acknowledged. Before thinking that there’s breaking news of ghouls and goblins running downtown, fear not as this remains the food section. The ghosts of this tale define the kitchens that uplift delivery dining. Ghost kitchen receives the name as they aren’t the typical sit-down restaurant. Those that frequent them are delivery drivers that take each creation to hungry patrons’ doorsteps. Its development emerged during the pandemic to cut down on expenses but it by no means cut down on quality. Below is a list of some of Denver’s ghost kitchens that achieve restaurant-quality standards, but the dining room is in your house. 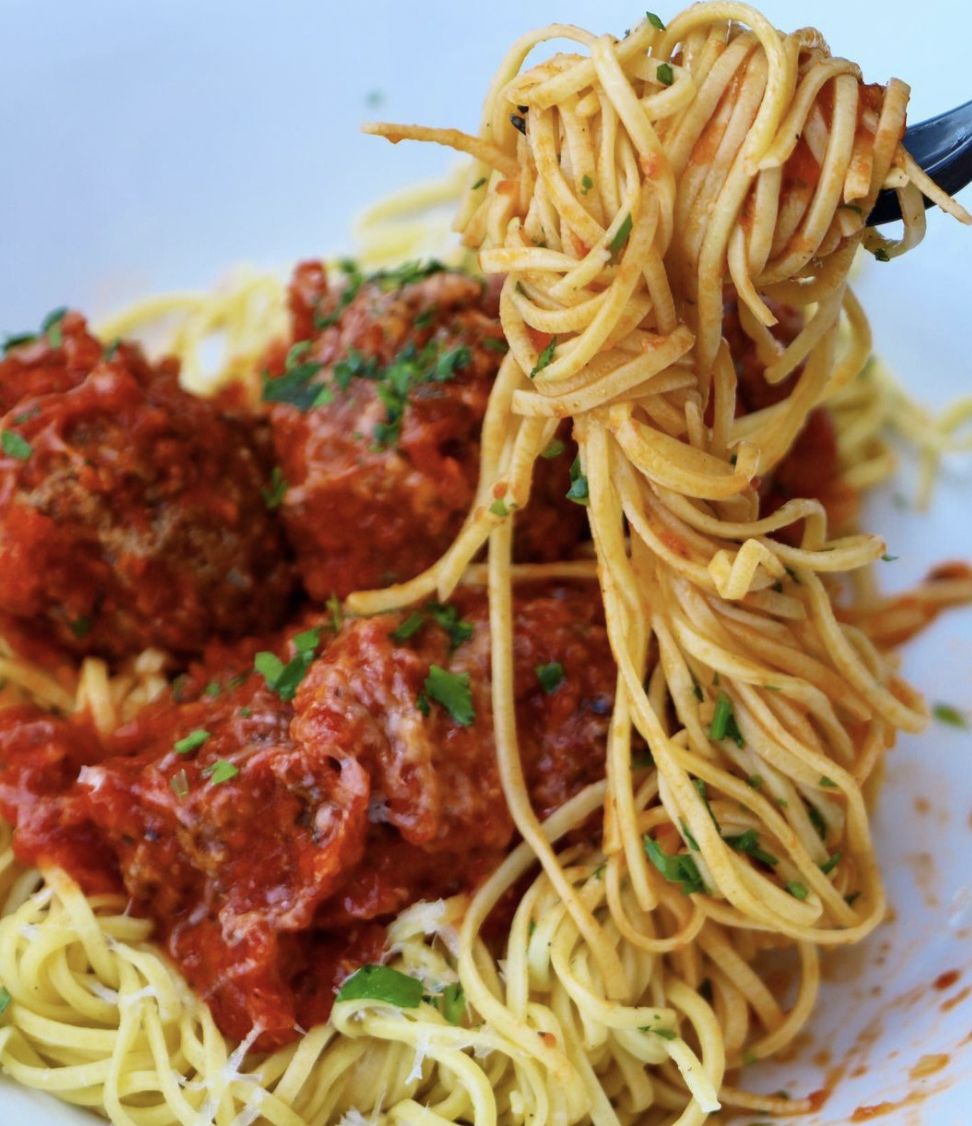 The Lowdown: Mother knows best and there’s no shred of doubt after having a few dishes from Mum’s House. The quintessential comfort food comes alive when reaching into this delivery bag — there’s even retro candy and a heartfelt note from Mum herself alongside dinner. The average dried spaghetti and jarred sauce is no where to be found, rather the Spaghetti and Meatball ($15) begins with stewing sauce waiting on the handmade pasta boiling for just another moment. And it’s not all American classics. The rendition of hamburger helper, Cheeseburger Mac and Cheese ($13), and toasted grilled cheese, John’s Toasted Cheese ($11), may seem that way. But, Mum heads back to English roots and brings in a Fish N’ Chips ($14) Friday Special and Sticky Toffee Pudding ($6). Before thinking it’s a group of grannies getting together to make meals for the folks of Aurora, it’s actually Chef Ian Reeves – an over 6-foot-tall English chef that has worked his way through the most prestigious kitchens in the UK. With Mum in mind, he adds extra technique and refinement to nostalgic dishes. Forget about the pizza rolls that contain lava after just a two minute buzz in the microwave, his version used homemade dough and swirls pepperoni, cheese and sauce into rolls of his own. 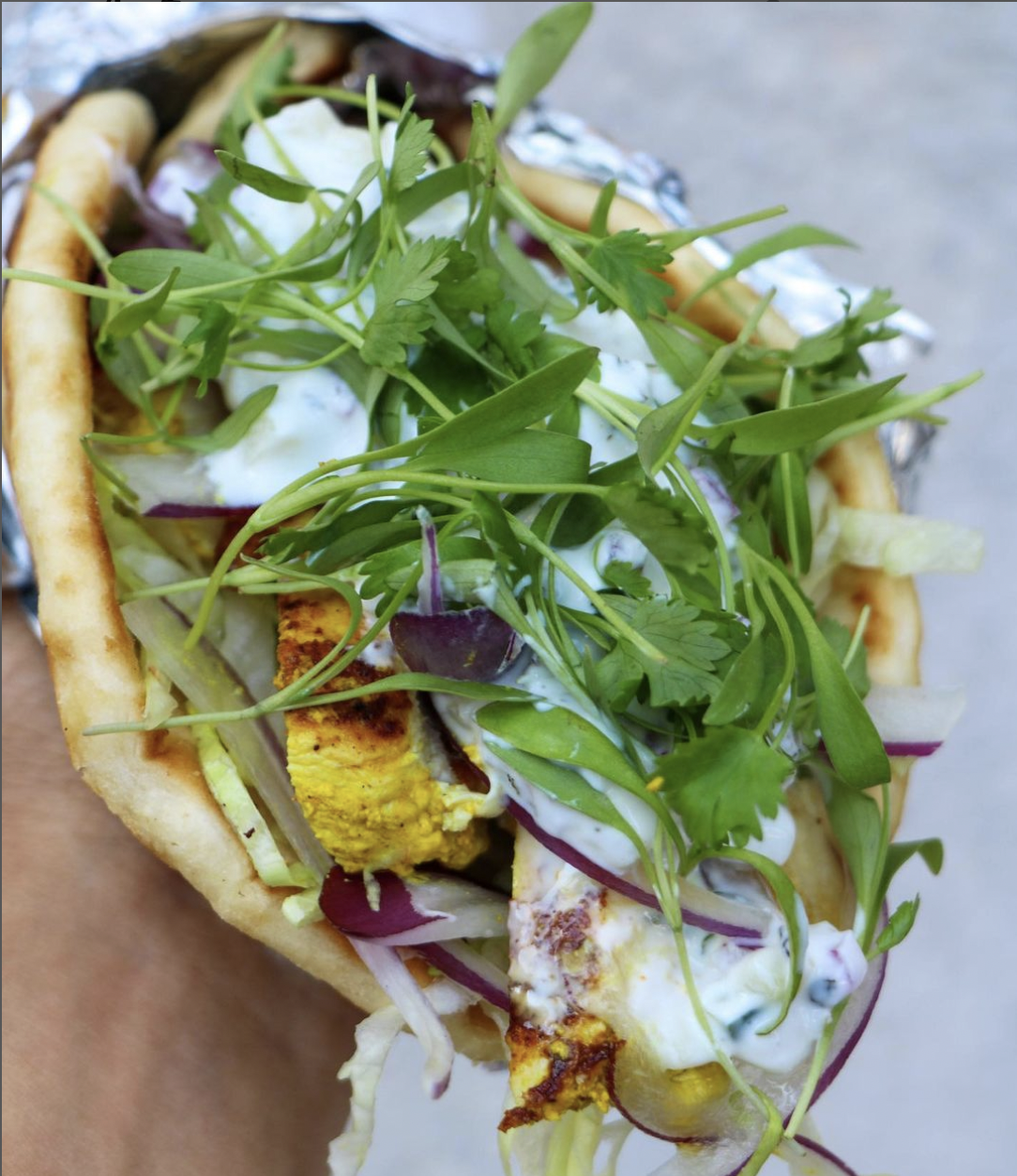 The Lowdown: Tom Foolery‘s kitchen isn’t messing around when it comes to flavor, rather it sparkles as the diamond that this slang British term refers to. The versatility of Chef Reeves’ experiences shows through in this second concept of his. He pulls on his past living in London and experiencing the street food lining the blocks that extended beyond Britain’s traditional dishes. His London’s Burning ($12) loosely translates to a Nashville Hot Chicken sandwich. A normal fried chicken recipe calls for flour, which starts to lose its crispiness the longer it’s out of the fryer. With a delivery method in place – his substitute is rice flour that maintains a fortified crispiness and thin coating to ensure the tender chicken is the star. His other star sandwich features chicken as well, but bundles it up in a pita for a play on a gyro – Ruby Murray ($13). After brining the chicken in a curry yogurt mix, it meets the flat top. The vibrant yellow of the sauce peaks through the spears of cucumber, bundle of herbs, onion spirals and cascade of a yogurt sauce. 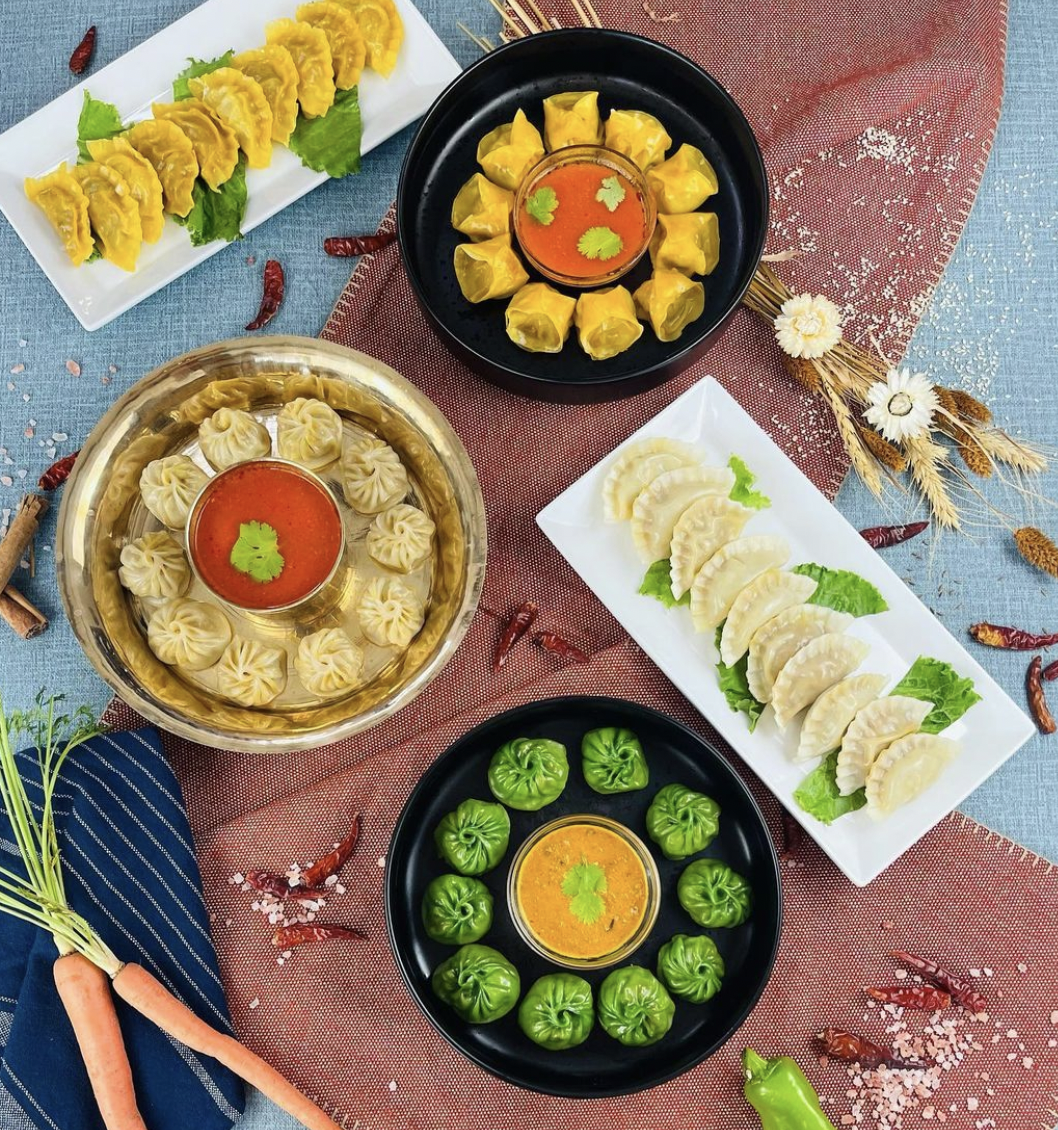 The Lowdown: With the dumpling craze in Denver ever present, it seems like a great time to add another spot to the list. People have become entranced with Momo Dumplings’ fluffy bao buns, but let’s not forget the petite packages that are one bite delights. Many know gyoza or shumai, but momos aren’t that different. They hail from the Nepal, with influence from Indian cuisine. Their traditional flavors range from either chicken ($9.99), pork ($9.99), vegetable ($9.99), turkey ($10.99), shrimp ($11.99) or lamb ($11.99). For a first-timer, add a steamed or fried to your meal to try it in its truest form – especially because the 10 pieces are perfectly pleated by hand. This operation is a family affair with everyone contributing – the father pleats, the mother cooks and the daughter puts on the finishing touches. Although, they feature some fusion in their dumplings as well. With a pizza hybrid that trades dough for dumplings as its base with cheese and toppings on top. Dumplings can be coated in a dark, rich vindaloo sauce for extra spice or a creamy tikka masala. 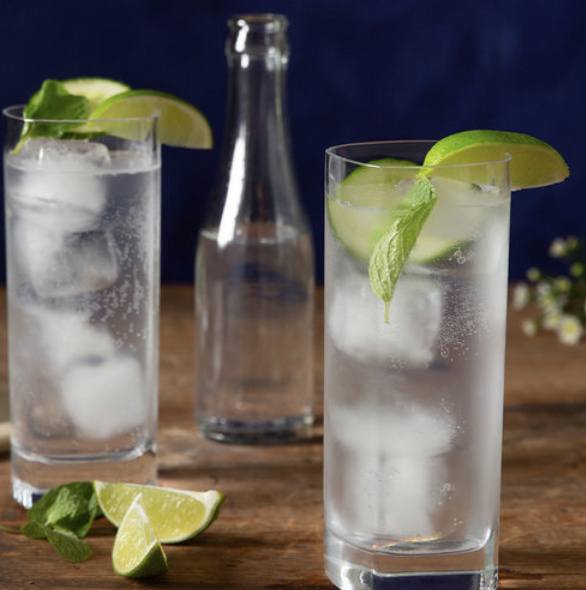 The Lowdown: At Scratch Kitchen, six eateries are featured in one to make it a ghost food hall of sorts. Thus, it caters takeout orders to everyone in the room rather than just settling for a pizza. Greenlight is the go-ahead to grab a healthy salad or bowl. A popular pick is the Boulder Bowl ($13.99) that does its name justice with ingredients that Coloradans adore like quinoa, brown, rice, grilled chicken and an assortment of bright vegetables, like edamame and kale to name a few. A pick from Highline caters well to game day with Burgers ($10.99 – $13.99), Fries ($4.49) and Wings ($14.99 – $15.99) to bring the bar scene home. Kin and Co is a mom’s go-to with a Build-Your-Own-Plate ($12.99) that she could pass off as her own. Order the protein – steak, salmon or crispy chicken — and sides that are family approved like mac and cheese, mashed potatoes or roasted Brussel sprouts. Casera features Mexican food with an assortment of tacos to make for a fiesta-style feast. Club House is the cure for anyone at work that left their lunch at home with their range of sandwiches that probably surpass the ham and cheese in a brown paper bag anyway. The Caprese Sandwich ($10.99) features its homemade best with the brightness of herbs to liven up a dreary day and large slices of mozzarella that won’t get lost in the mix. Then, no meal is complete without tapping into that extra room saved for dessert. A La Mode has local favorites like Hinman’s Hand Pies ($7.99), Gelato Boy ($9.99-$10.49) and DiNoci’s Dairy Free Ice Cream ($11.99). It even supplies the accouterment of chocolate sauce and berries that an at-home dessert bar is begging to be brought to life. With entrees and dessert already in place, the team couldn’t leave behind libations. Scratch is the only ghost kitchen to feature a curated alcoholic-beverage to-go program. They really did think of everything. 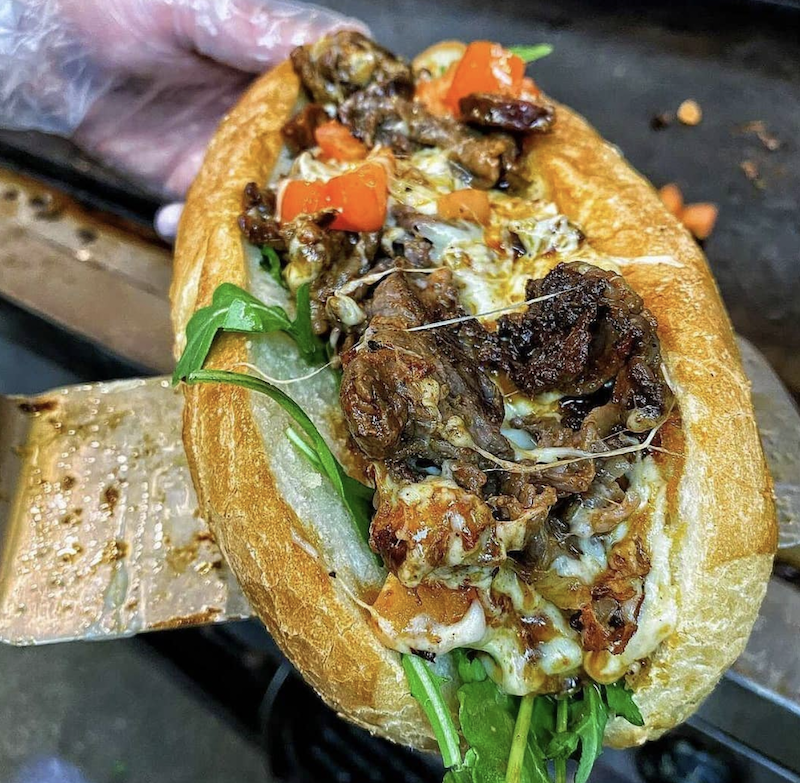 The Lowdown: The cheesesteak to Philly is synonymous with Chicago’s Deep Dish, New York’s Thin Crust and  Georgia’s Peach — it’s an association that can’t be strayed from. But if Philadelphia saw these cheesesteaks, there might be a problem. After one bite they’d be as content as Coloradans are. New Age Cheesesteaks puts a slight spin on the cheese wiz that used to act as the glue of the sandwich, as they house a bit more inside each roll. The hoagie roll maintains integrity as it’s one of the only buns to bear the weight of what’s happening here. It begins with New Age’s house-seasoned and braised short rib that shreds to emulate that thinly sliced ribeye. The Broad Street ($14.99) gets as close to the Delaware River as it can with a melted cheese blend of mozzarella and gouda. Then, it’s topped with a sauté of red peppers, mushrooms, onions and pepperocini. Typically cheesesteaks lack texture, but The Wiscon-Sinner ($14.99) adds a crunch factor in the form of parmesan potato chips – made in-house – and balance out the squeaky cheese curds spread about. With the creativity continuing, Chef Gabe drew from his Italian heritage which meant cured meats, greens and a touch of oil were making the menu. The Gabi ($14.99) is a matrimony of an Italian and Philadelphia’s interpretation of a sandwich with prosciutto warming up next to the short rib, pepperiness from arugula and added earthiness from the truffle oil. Make no mistake, these sandwiches are no sin — they’re a cheesesteak’s cool aunt. 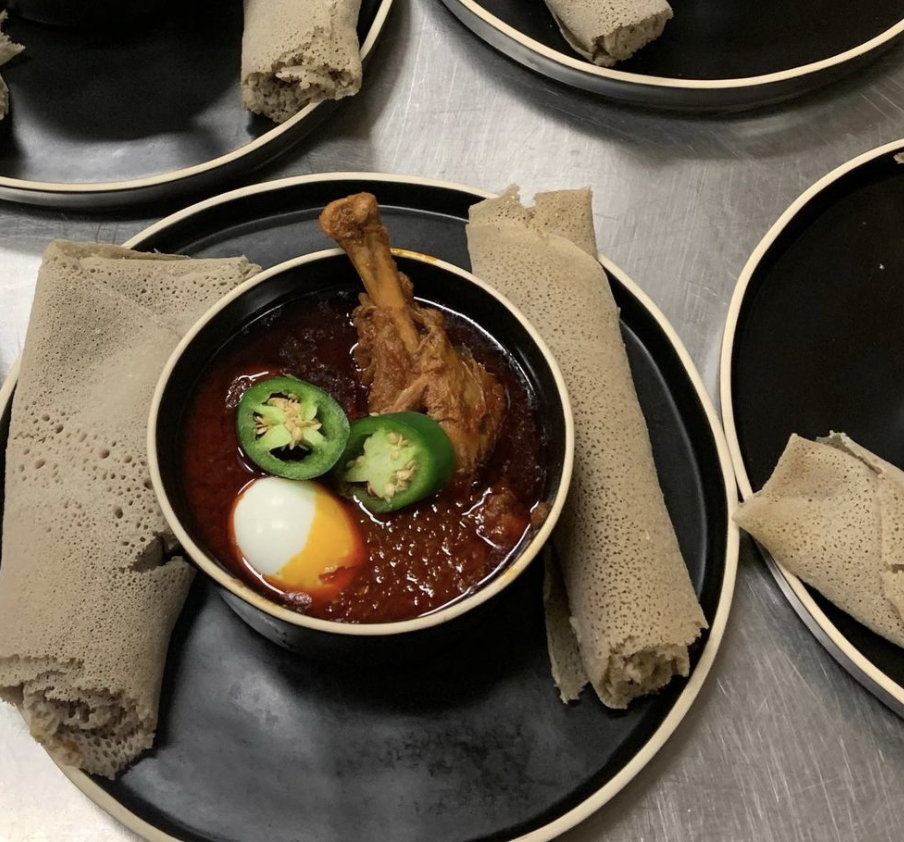 Braised Chicken with Injera on the side. Photo courtesy of Shiro On The Go.

The Lowdown: Delivery often doesn’t mark ideas of exciting meals with the readily thought of option being pizza. Although, let the pizza man stop at the neighbor’s house instead and opt for a culinary adventure without leaving the couch. Shiro, for those that don’t know, is a popular Ethiopian dish enjoyed by so many because of its cheap price point, flavor and nutrients. Chef Kidist Woldemariam of Shiro On The Go has the same aspirations for her business, which made the name a seamless fit. As an Ethiopian immigrant, her relationship with food connects to her home and tells her story. Her education began as a child watching her mother decorate dishes with spices and other ingredients. Sometimes, a diverse plate of dishes requires ordering the entire menu, but Shiro On The Go brings a plethora of flavors to the plate. The base begins with an Ethiopian crepe –Injera– that brings a bit of tanginess. It renders silverware obsolete as ripping off small pieces and scooping the other accouterments of stewed vegetables and meats makes it an edible fork. There are both single servings – Shiro for 1 ($15 – $20) – or double servings – Shiro for 2 ($30 – $35) — with meat and vegetable or just vegetables. The menu rotates as she pulls more recipes from her memory, some items in rotation include stewed collard greens, beets and potatoes, lentil stew, spiced cabbage, or carrots and green beans. 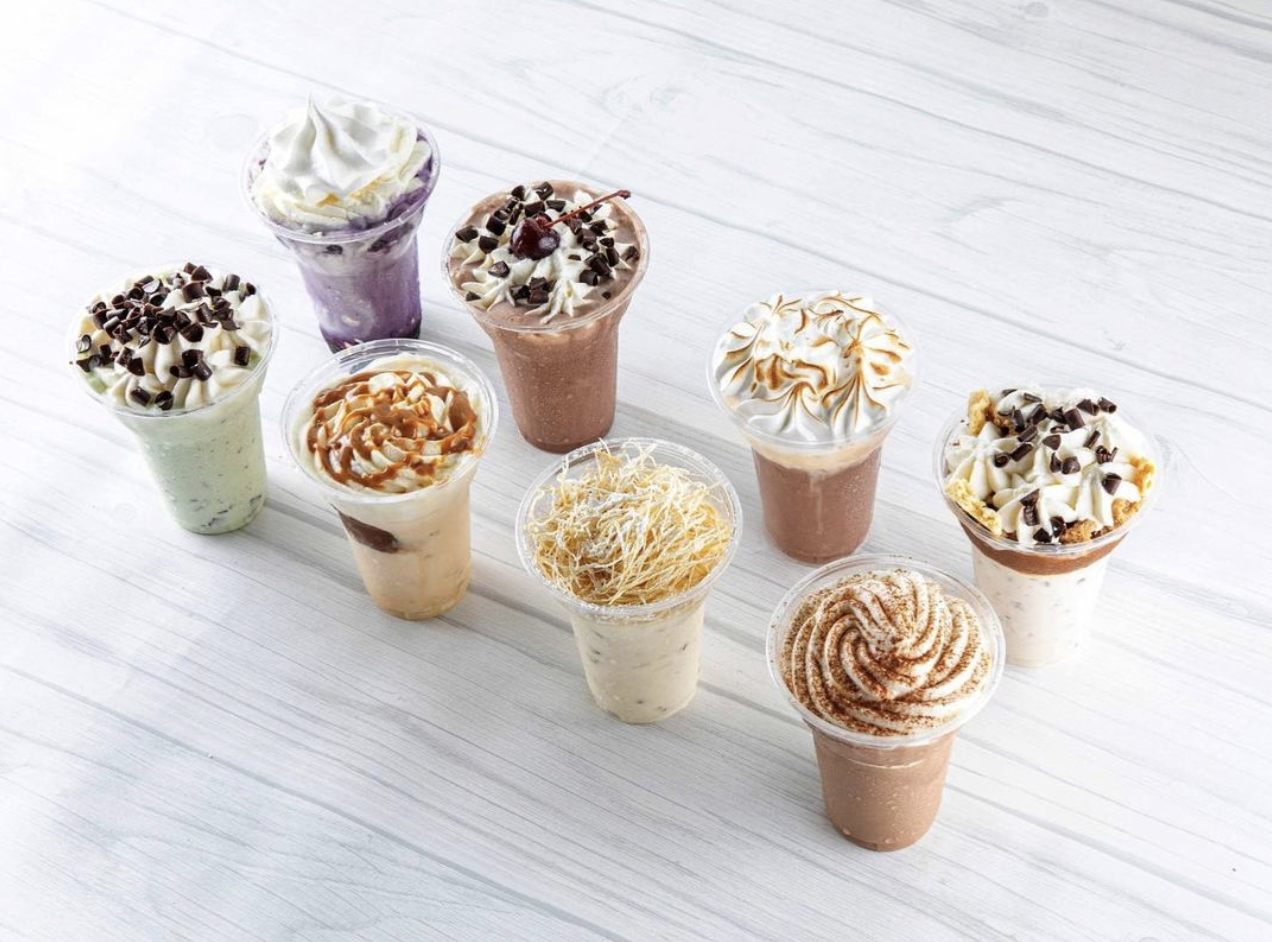 The Lowdown: Dessert probably isn’t the first thing that comes to mind when talking about food delivery. But, there always comes a time when nothing sounds better than having a sweet delight arrive at the door, almost like magic. Kosmik Cups & Desserts has that hankering covered with its array of out-of-this-world offerings. Its Parisian bakes can be the spark on a weekday or weekend morning thanks to the flakey buttery-filled layers of a traditional croissant. It also offers a French take on ham and cheese with the croissant, corralling it all together and a general ladle of béchamel before returning to the oven to toast. Its namesake cups are sundaes inspired by desserts around the world. At the bottom of the Baklava Cup ($11.99) lays honey, nut and pistachio homemade ice cream. But baklava is known for its texture, thus a spindle of Kataifi – shredded phyllo dough – decorates the top. The Dulce De Leche Cup ($11.99) is a tribute to the traditional Alfajore Mexican cookie. It’s a Mexican oreo if you will, with two small shortbread cookies sandwiching indulgent caramel made from slowly cooked condensed milk. The ice cream base is a neutral vanilla, so the sweetness of the dulce de leche doesn’t get overpowered from being poured on top, and the crisp cookies make it similar to a trifle. Skip around the map again and head to Russia to devour the Pavlova Cup ($11.99). Most often the light and airy, yet crisp merengue accompanies fruit, but in this case, blueberries swirl among the pearly white dessert.

With a new year already here, don’t settle for old habits. Denver’s culinary scene continues to grow, as long as you stay in the know.