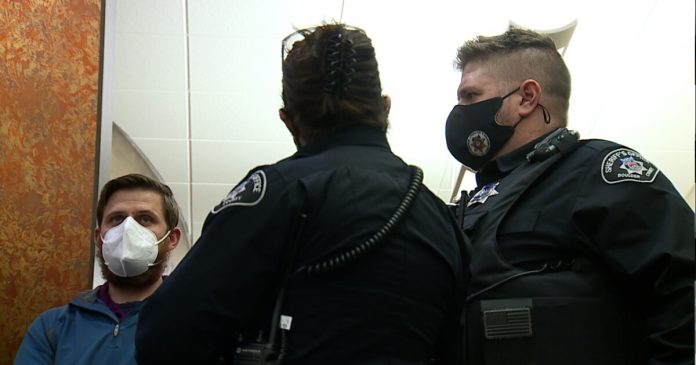 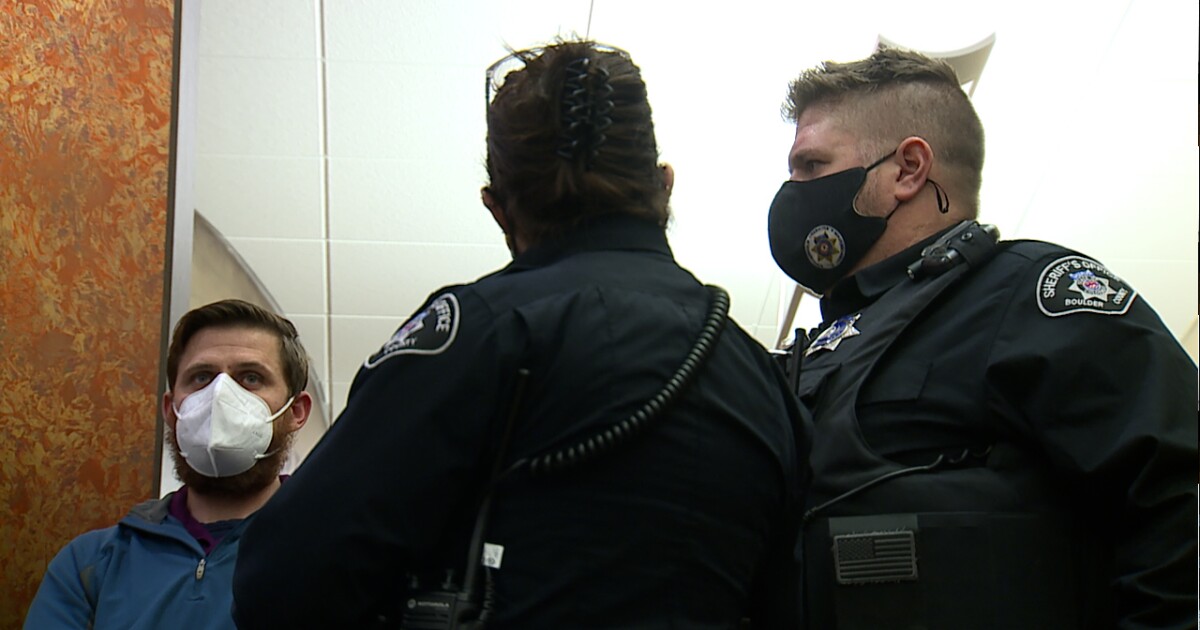 BOULDER COUNTY, Colo. — As the Marshall Fire incinerated material possessions, first responders across Boulder County were tasked with ensuring lives were spared above all else. Now, deputies and dispatchers are united by the heroic efforts that occurred that day.

“I’d give myself one task, then move on to the next and next… and hope to make it out of there,” Boulder County Sheriff’s Office Deputy Pete Markusen said.

On Thursday, the Boulder County Sheriff’s office released a series of body camera videos showing deputies running towards danger during the Marshall Fire. On Friday, Markusen and some of his peers shared the stories behind the horrific images.

“It started off really smooth in the beginning because, at that time, we had a little bit more time for evacuations,” Deputy Elizabeth Cantwell-Ray said.

Cantwell-Ray recalled the extensive efforts she took to make sure no one was left inside homes or businesses.

“Knocking on doors, windows, anything I could to ensure that no one was inside of the property,” she said.

Markusen was primarily tasked with ensuring the safe relocation of animals.

“We got horses out,” he said. “That stable was completely engulfed in flames.”

Over the course of the fire’s spread on the night of Dec. 31, some deputies came close to injury.

“The scariest part of the day, I was evacuating a home on Cherryvale and Vale Road, and I got covered with a tarp that was on fire and it actually knocked me down to the ground,” Cantwell-Ray said. “One the homeowners I was evacuating assisted me with taking the tarp off of my body, and I pushed them back into the car and then I had to get out of there because the flames were encroaching on my vehicle as well as theirs.”

As the reality of the situation began to sink in, Robert Schimoler, a dispatcher, said one of the hardest things was to tell residents they couldn’t go back to their homes.

“It’s trying to relay to people who, unfortunately, have lost their lives in a fire that, ‘I can’t let you go look at it yet because its not safe for you to look at it yet,'” he said.

All the while, these first responders knew some of their peers had lost their own homes.

“My division chief lost his house in the fire and was working to help us save other peoples’ homes and lives,” Markusen said.