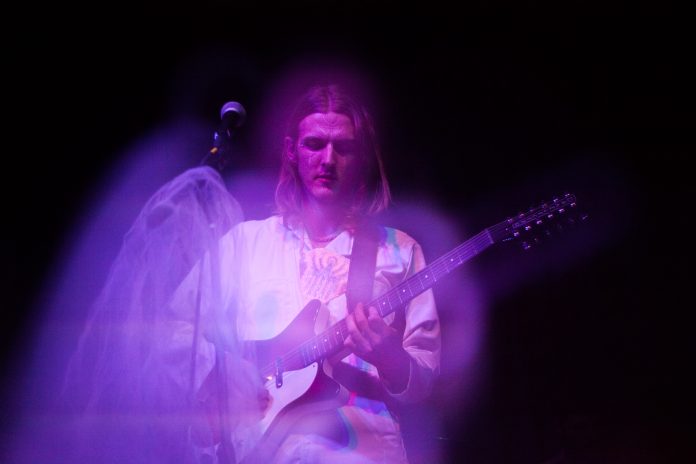 On February 12, musician Justin Maike released the debut album of his new solo project, Deth Rali. The album, titled Light Levels runs quite short in duration but packs a powerful punch of colorful sound and emotional import. According to Maike — who performs in a number of other local bands such as King Eddie, Sour Boy, Bitter Girl and The Still Tide — Deth Rali is “much more driven by sonic experimentation and big production elements,” while still maintaining a lo-fi, synth-pop sound. He recorded Light Levels at Moon Magnet, a local recording studio, record label and art collective.

Additionally, Light Levels serves as a confessional for Maike, recounting tormented emotions and piecing together the shattered remnants of a young family that fell apart. Romantic love has faded into self-described cyclical conflicts, but the single golden thread linking together Maike and his former partner — a talented local photographer and poet — is their young daughter. Maike comes to terms with his own shortcomings and failures within the album, and towards the end, the record comes to resemble a dedication to a child, a kilonova, born from a stellar explosion from opposing creative forces.

The album begins with the ambient intro “Sine Race.” A soaring swell of synths reminiscent of vintage video games like Wave Racer but more ambient, “Sine Race” seamlessly blends into the next song, “Tunnelvision.” Distorted droning guitars and synths melt into each other in this head-nodding jam, topped off with vocals from Maike that sound uncannily like Avey Tare. This song in particular closely resembles other Moon Magnet-affiliated projects — setting firmly in place an emerging, distinct sound identity for the Denver-based recording imprint. 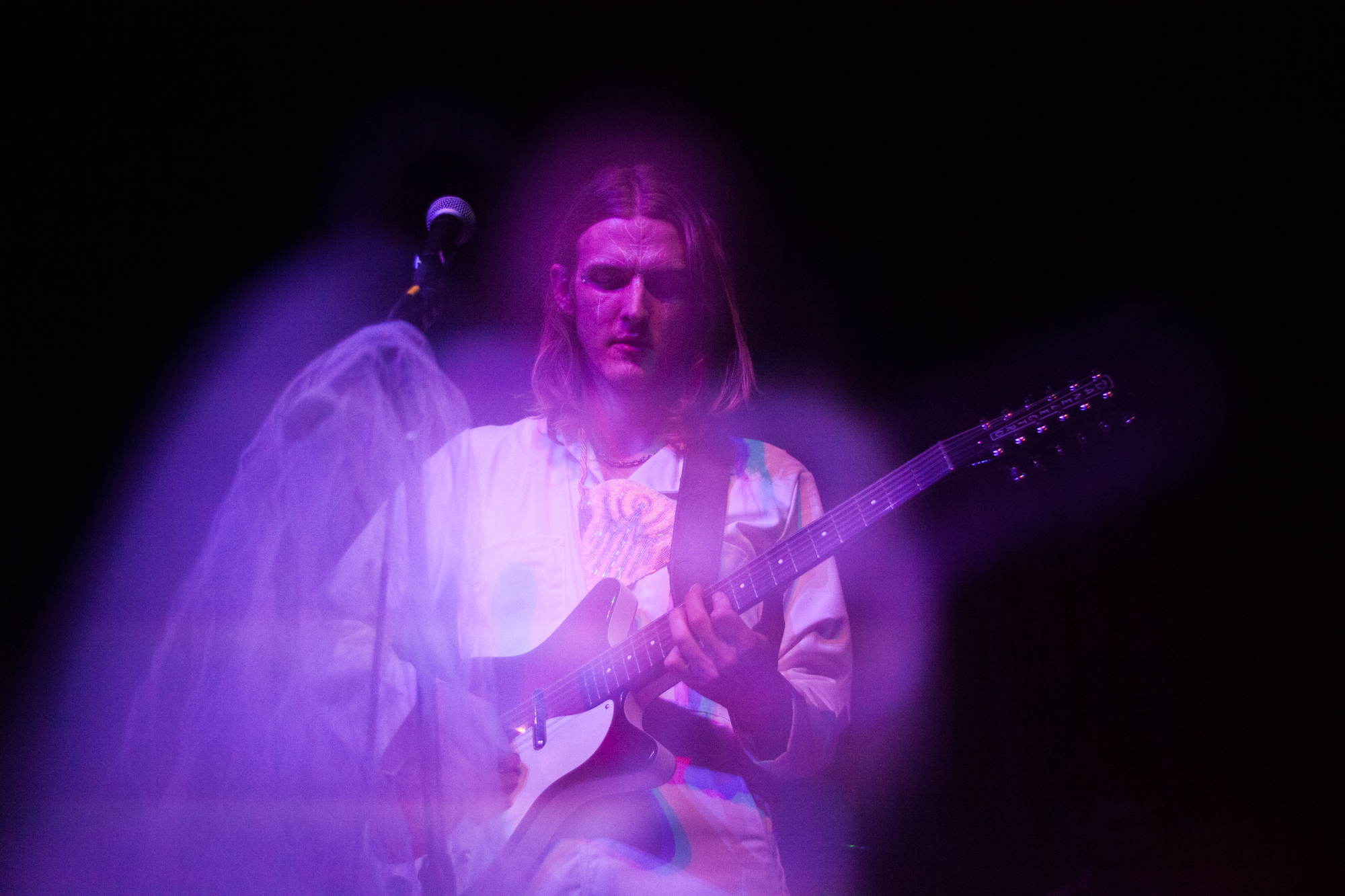 Returning back to the more psychedelic rock style, “Wreckingball” utilizes a cool, laid-back bassline and stripped-down instrumentation to place the vocals in sharp prominence. However, though the liner notes outline the emotional weight of the lyrics throughout this album, much of the specific wording is drowned out by other instruments or effects. It’s extremely difficult to discern what Maike’s crooning is about, which seems almost like a post-production oversight given the personal significance of this record to the artist. 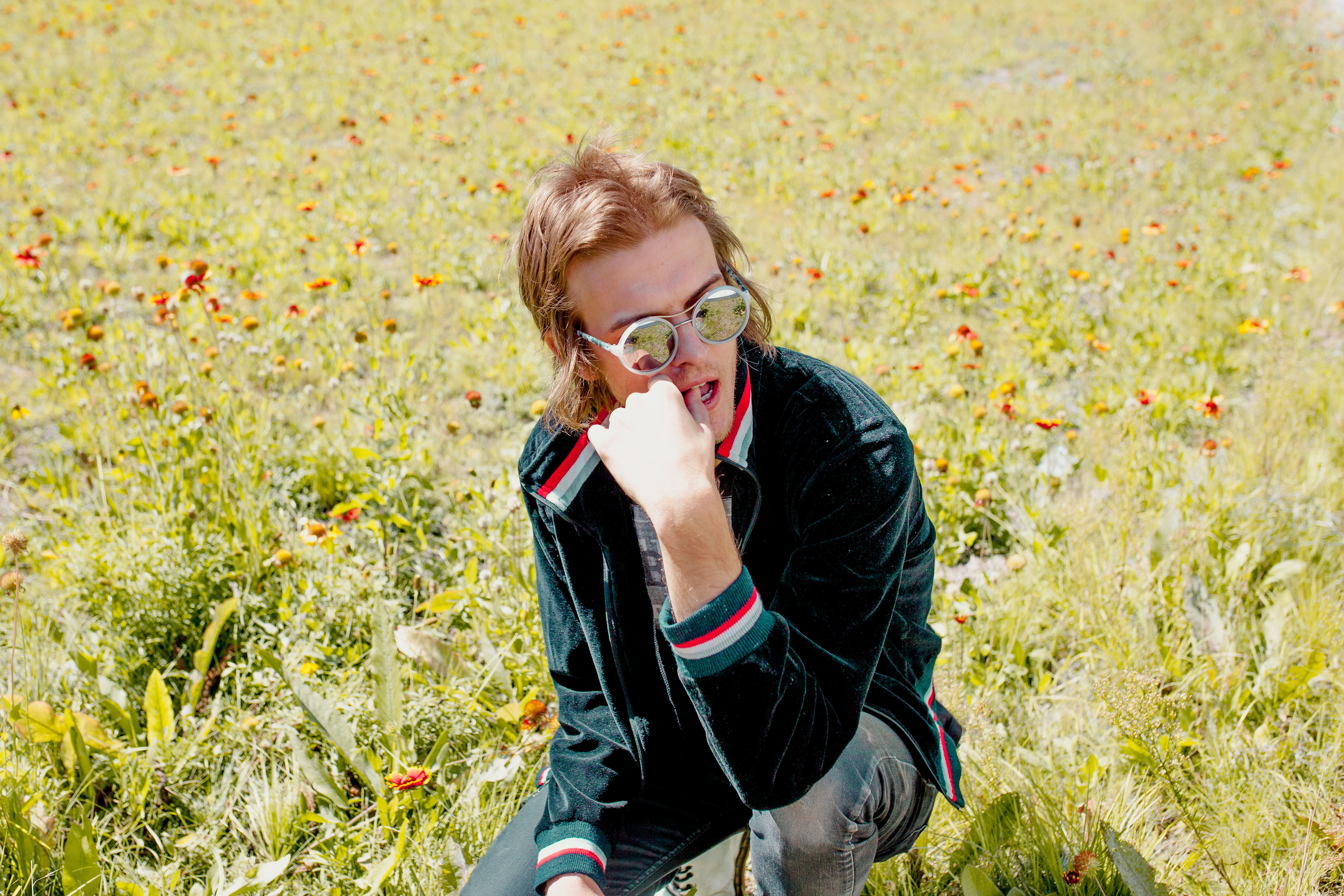 “Wreckingball” fades into a stretched-out ambient song called “The Phantom Laureate.” The hollowed distortion brings to mind the stylings of ambient musician Jake Muir, adding textural interludes to a psychedelic pop-rock album. Yet the record struggles with consistency. At certain moments, there’s a sense of cohesion and fluid connection from song to song, such as the first two songs on the album. And while “The Phantom Laureate” is followed by “Spirit / Envy,” which sounds close in proximity regarding the key, the several-second pause at the end of the former song is just enough of an arrhythmic lull to quash what could have been a lovely blend. Concept albums certainly do not need to continuously play through, but if the artist chooses to do so, they should either fully commit to the technique or at least use the pauses purposefully (like a transition from the A side to the B side, for example). In this case however, the pause seemed again like a post-production issue or a purposeful choice with a point too subtle to be readily understood by the listener.

In that same vein, “Spirit / Envy,” beautifully transitions to the title track and final song of the album, “Light Levels.” According to Maike, this song revolves around moments in one’s life, where at the time, the weight of its significance is incomprehensible until recalled upon at a later time.

“A tribute to someone in my life who meant a lot to me and I never got to tell this person how I really felt until it was too late, [this song] was my way of reaching out over the ether, showing love and accepting what life has dealt you,” Maike wrote in an email.

To him, ending the album with this specific song felt like “the moment of exhale for the entire album,” a sentiment clearly apparent.

Though the record is comprised of only seven songs, the emotional energy in Light Levels feels as palpable as the heat of the sun. Swirling styles in a psychedelic medley makes Deth Rali’s debut album bound through the galaxy like a bright star uninhibited by gravity. Both heavy and weightless in a contradiction, Light Levels tells a story of what once was as well as the exciting unknown the future holds.

You can purchase “Light Levels” from Bandcamp here. Deth Rali will host a livestream on March 25, which you can watch here.