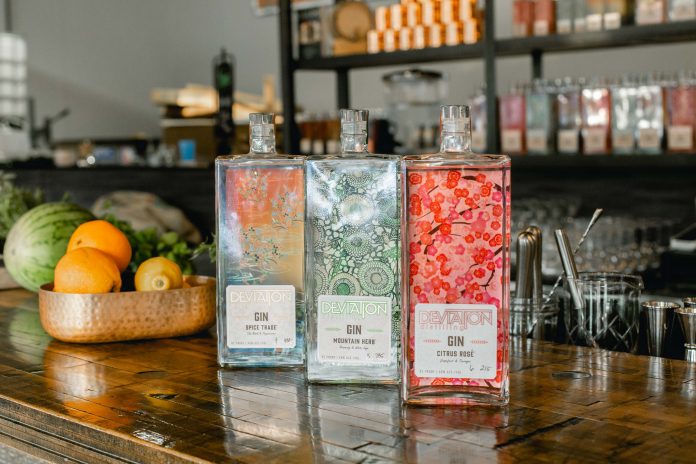 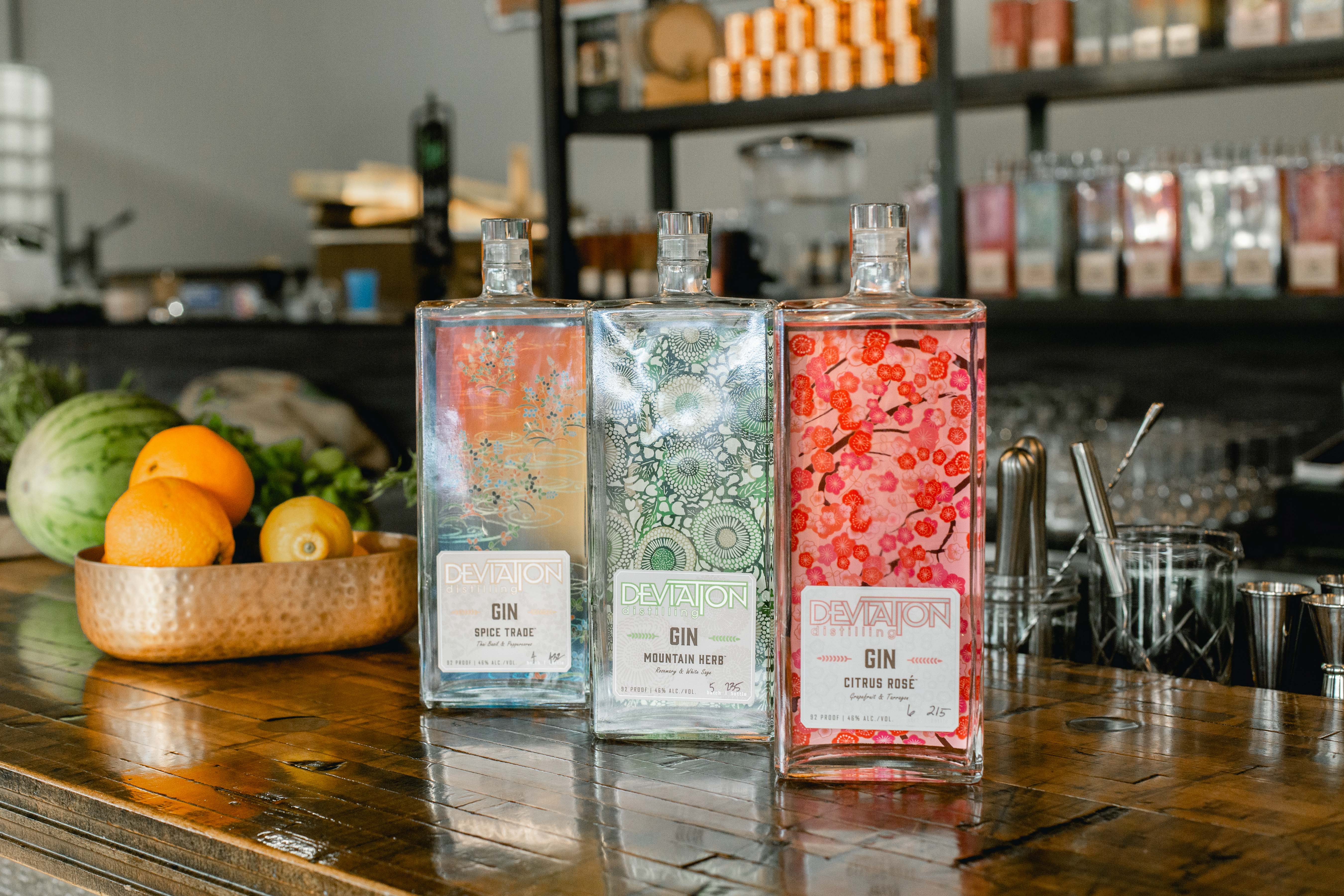 When husband and wife Bob and Cindi Wiley teamed up with Bob’s childhood friend Dave Gade to open a distillery, they were prepared to play the long game. Whiskey was always the end goal — what emerged from the group’s unwillingness to cut corners has been one of the happier accidents in Denver’s growing craft distilling scene. The group began distilling onsite in 2017 — preparing quantities for four-grain bourbon, single malt and malted rye. In June 2019, the tasting room opened with three inimitable gins, each one utilizing one of the unaged base spirits.

“We knew at some point we were going to have to generate cash, and we knew we weren’t gonna do vodka,” said Cindi. The distillery has since released Barista Spirits, a coffee-infused whiskey set that continues to act in tandem with the three foundational liquors. The final whiskeys are being prepared according to taste. No firm release date has been established, allowing the hooch to gradually reach the veritable maturity dreamed up in the initial vision.

Bob and Gade both grew up in rural Ohio. As the years went on, the friends’ paths diverged — Bob ventured the corporate route while Gade went into cooking, most recently spending several years working for TAG Restaurant Group — only to reconnect in Denver.

Born during a family ski weekend over its inevitable bottle of whiskey, Deviation Spirits was initially considered as a brewery. After a well-scanned assessment of Denver’s beer omnipresence, the team decided to go for the hard stuff.

“We wanted to put Gade’s culinary approach from an alcohol standpoint. How fun would it be to put a culinary spin on whiskey?” smiled Bob. The trio’s dynamic appears to produce results greater than the sum of its parts, the whole operation’s day to day conducted largely by its owners. “Dave makes it taste good, I make it look pretty and Bob tells us if we can afford it,” laughed Cindi.

While the spirits certainly stand on their own merits, one of Deviation’s strongest attributes is the intricate and artful packaging. The line of gins was designed by Matthew Allred and has subsequently won an award for Overall Excellence in Packaging from Hewlett-Packard. “We wanted that billboard effect on the shelves,” said Bob. Barista’s layout is more subdued, with the wrapping meant to allude to the cardboard sleeves that protect cold hands from hot coffee cups. Despite the absence of the gin’s more eye-catching shimmer, the whiskeys will still noticeably beautify any liquor shelf.

The Mountain Herb Gin uses the same four-grain base that will eventually produce the bourbon, combining corn, rye, barley and Colorado millet with botanicals including sage and hand-foraged spruce tips. Both the Wileys and Gade have made a family event of hunting tips, gathering roughly 150 pounds from across Vail, Breckenridge, Grand County and Evergreen. “Sometimes our backyard,” grinned Bob. The Spice Trade Gin utilizes the rye base along with Szechuan peppercorns, cardamom, Thai basil and ginger for a flavor profile that is surely the funkiest of the bunch. While none of the offerings pretend to run the traditional course, Spice Trade veers beautifully into the uncharted — its charm owing much to the same romantic unfamiliarity so often associated with the tales that surround its namesake. The Citrus Rose Gin sees the single malt base being augmented by grapefruit, tangerine, lavender and tarragon both in flavor and hue. The spirits have been rightly toasted straight out of the gates — earning golds at the Breckenridge Craft Spirits Festival and the Bartender Spirits Awards in San Francisco. The tasting room’s seasonal cocktail menus are approached with equal zeal, making good use of ingredients particular to that time of year.

“We were gonna just do a special release with the mocha. It was so good we decided to build a line around it,” said Bob. The Americano comes largely unadulterated — combining bourbon with Guatemalan beans for a sip most reminiscent of espresso. The Mocha combines the single malt whiskey with Brazilian beans and cacao shells sourced from Cultura Craft Chocolate. The Aztec drinks like rumchata’s dapper older brother, combining the rye with Ethiopian beans, Madagascar vanilla and Saigon cinnamon. Last week the distillery released its Peppermint Mocha expression, a genuine crown jewel atop an already admirable set. The bright peppermint acts as the ideal missing link, the whole experience as seasonally appropriate as wool socks on the coziest of snow days.

Even as it writes its own opening chapters, Deviation appears to be anything but a work in progress. Monthly cocktail classes are sold out through the end of the year, with plans to continue the popular workshops in 2021.

Its spirits can also be found at liquor stores across Colorado.

All photography by Adrienne Thomas except where noted.