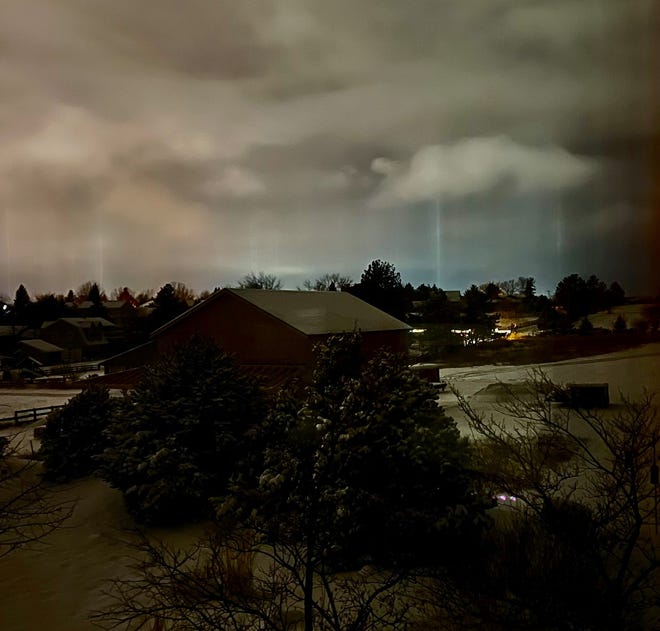 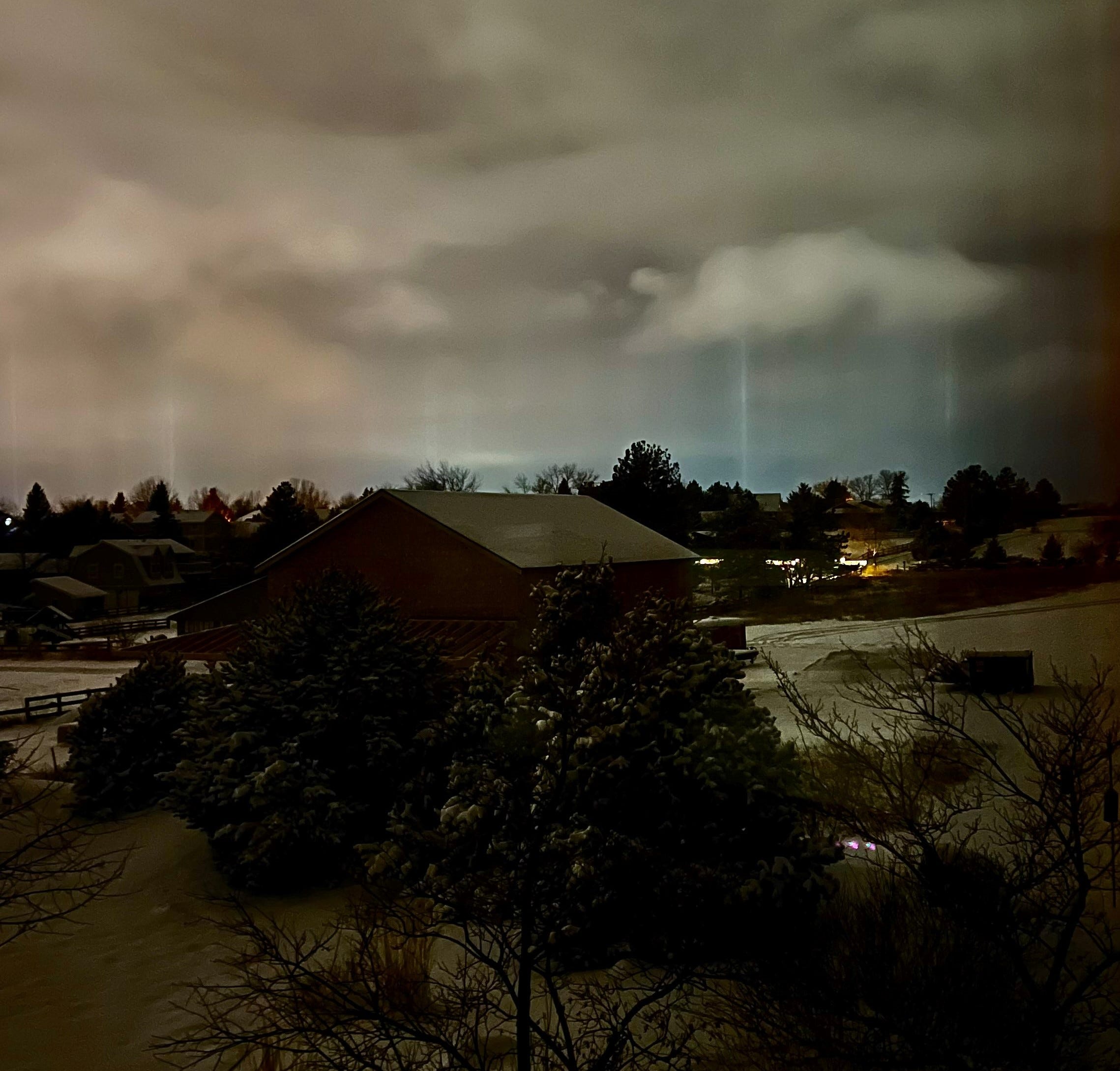 Julie Clement thought her eyes were playing tricks on her when her boyfriend told her to look outside at beams of light dancing above Fort Collins on a frigid Wednesday night.

Then she went to her cellphone to discover the beams of light were light pillars or ice pillars.

“That is the coolest thing I have seen in some time,” said Clement, who saw the light pillars around 11 p.m. Wednesday from her home in the Terry Lake neighborhood in north Fort Collins. “I called them an urban aurora borealis.”

Snow total accuracy: Did National Weather Service get it right?

David Barjenbruch, a meteorologist at the National Weather Service in Boulder, said light pillars are not very common in Colorado because the exact conditions needed do not often occur in the state.

For light pillars to form, there need to be ice crystals in a hexagonal shape that suspend in the air. To keep the crystals suspended, the air temperature must be freezing with just enough water vapor and no wind.

“We had the right conditions Wednesday night with frigid temperatures, just after a storm so there was enough moisture in the air and it was calm to allow for the ice crystals to form,” he said.

It appears to the eye as a beam of light, which is an optical illusion. The light source, be it from street lights or other man-made sources near the ground, refracts off the crystals at just the right angle to produce the show.

Aurora borealis, or northern lights, differ from light pillars in that they are created by clouds of electrically charged particles from solar storms that are captured in Earth’s magnetic field.