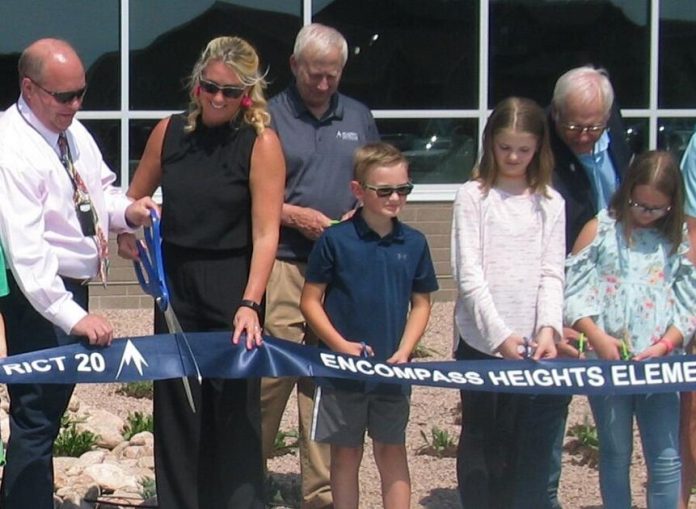 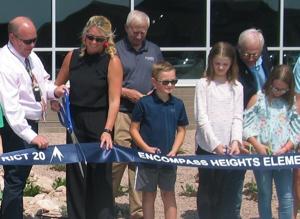 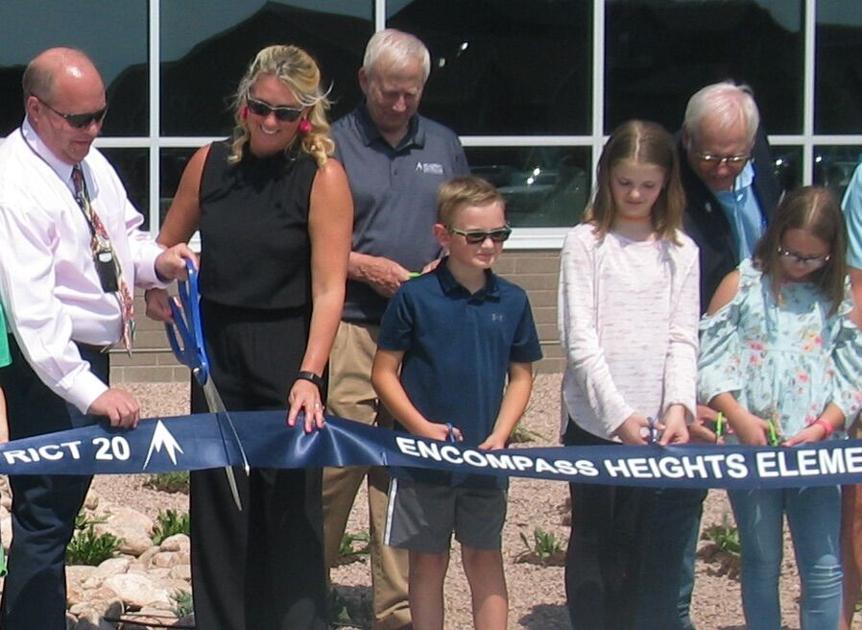 Academy School District 20 on Thursday unveiled a new, $25 million elementary school, complete with a state-of-the-art STEM lab and a one-of-a-kind program for students with dyslexia.

Encompass Heights Elementary School — a sprawling, two-story structure sitting on an 11-acre campus — is the final project of a $230 million bond initiative approved by district voters in 2016. The bond issue funded a handful of new schools and subsidized expansions and improvements in several existing ones.

District superintendent J. Thomas Gregory marveled at the completion of the 61,700-square-foot building that started out as an idea in a 2015 committee meeting.

“It seems like yesterday more than 50 teachers, staff, parents and community members gathered to talk about the capital needs of our school district going forward,” Thomas said. “It was there, in the midst of that growth and capital needs committee meeting, that Encompass Heights Elementary School — at that time, ‘Elementary School #20’ — was born.”

Principal Jenny Sterk said the school’s STEM program — or, as she prefers to call it, “STEM culture” — will be second to none, teaching students a broad range of disciplines from computers to robotics.

“We believe that not one person, or one space, can teach STEM,” Sterk said. “It takes an entire campus, and every staff, student and community member, to teach STEM and be a part of that.”

Encompass Heights will also be the first school in the Pikes Peak region to offer a dyslexia screening program in which all kindergarten and 1st grade students will be evaluated for the learning disorder.

Among other features, the school has private therapy rooms equipped with two-way mirrors that will allow their parents to watch sessions without disturbing or embarrassing their kids.

Sterk said dyslexia services often cost thousands of dollars, forcing many families to try to get by without them.

“We’re offering it for free here,” she said. “These kiddos are so lucky to have this.”

“Our curriculum, and the way that we’re trained, is best for everybody,” Hogan said. “Struggling readers, excellent readers, it doesn’t matter.”

The school plans to open its doors to more than 400 students on Monday.

“We’re really excited,” Hogan said. “The staff is made up of people who want to be here, and who are excited to be here. We’re going to change kids’ lives.”