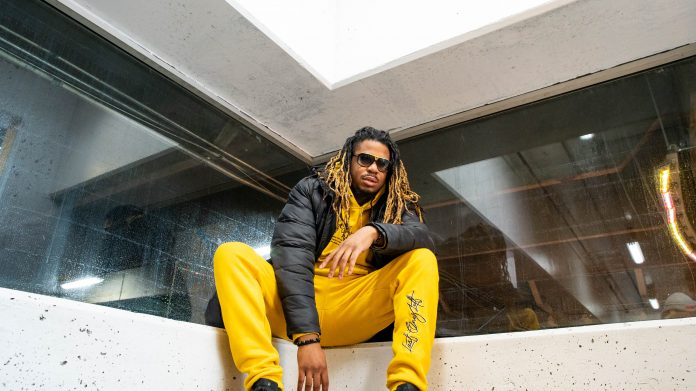 DNA Picasso didn’t always know that music was going to be his future. Growing up, his focus had always been athletics, even getting a scholarship to Hastings College for track and field. However, during his freshman year, a brief stint at KMGLife’s studios changed everything. Years down the road, DNA Picasso, born Devin Arnold, has created a collaborative force in the Picasso Gvng, and he’s hoping to bring positive change to Denver’s music scene.

At five-years-old, Arnold and his twin brother were adopted from the slums of New York and taken to Ontario, California. In the ninth grade, Arnold’s family moved to Denver, where he completed high school at Cherokee Trail High School. He dabbled in music, learning how to drum in middle school and beginning freestyling in high school. He credits Lil Wayne for helping him start rapping.

“He showed me what it was to be yourself unapologetically,” he explained. “He’s never afraid to try new things, test different sounds, dip into different genres and do what no one else expects him to do.” 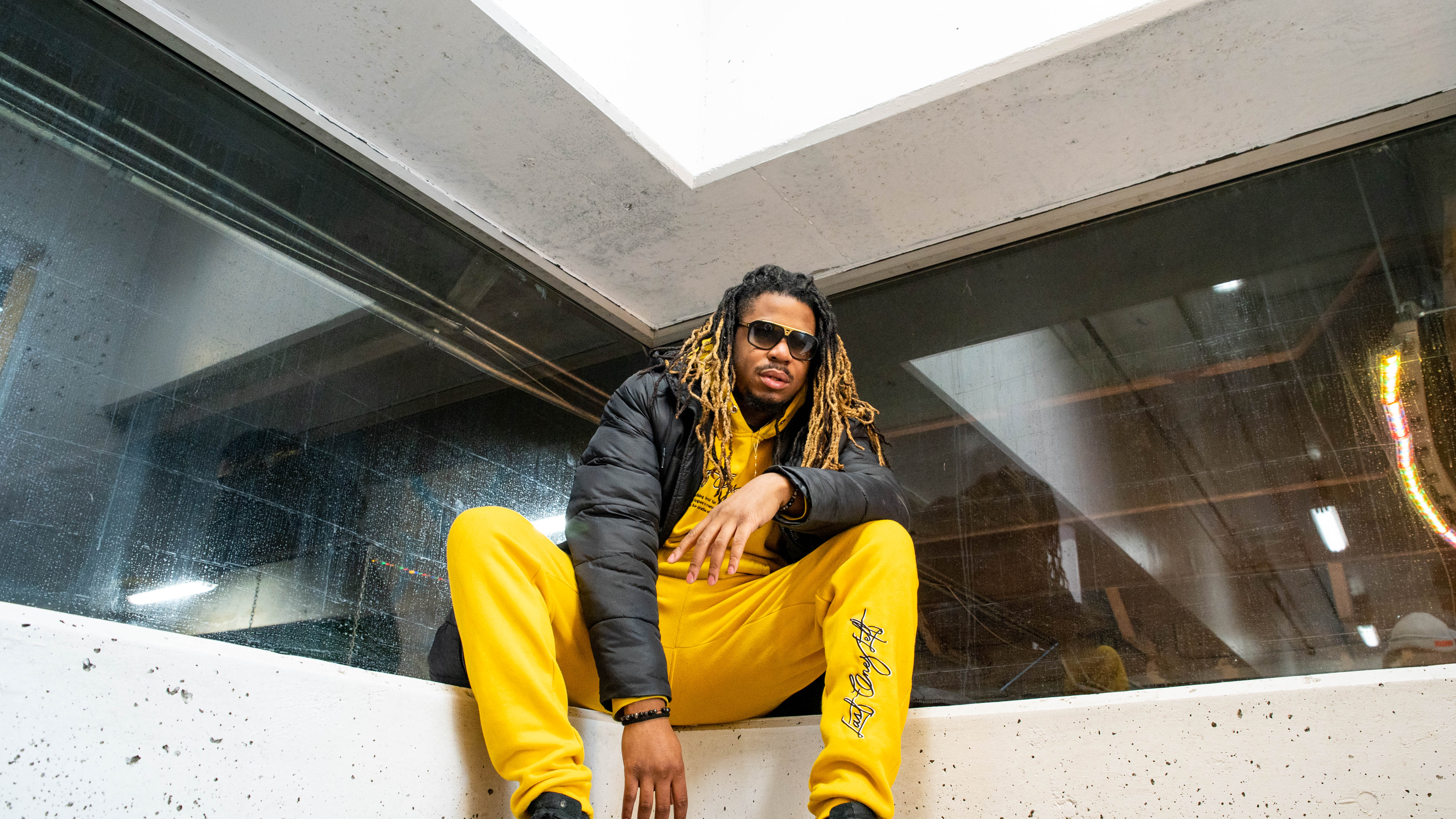 It was only during his freshman year of college that Arnold realized that becoming a professional athlete wasn’t his dream. Instead, music was the path for him. “I stopped a lot of things to become an athlete, and I really thought I wanted that,” he remembers. “But I didn’t really want that — I felt like someone else wanted that for me. Music is like the first thing that I wanted for myself, and that’s why I love it so much, truly.”

Once he discovered his passion for music, Arnold made the decision to drop out of college and chase his dream full time. He moved back in with his parents and began working on his photography skills while figuring out his next moves. After a season of couch-hopping and sleeping in his car, Arnold found a job and started making music in earnest. 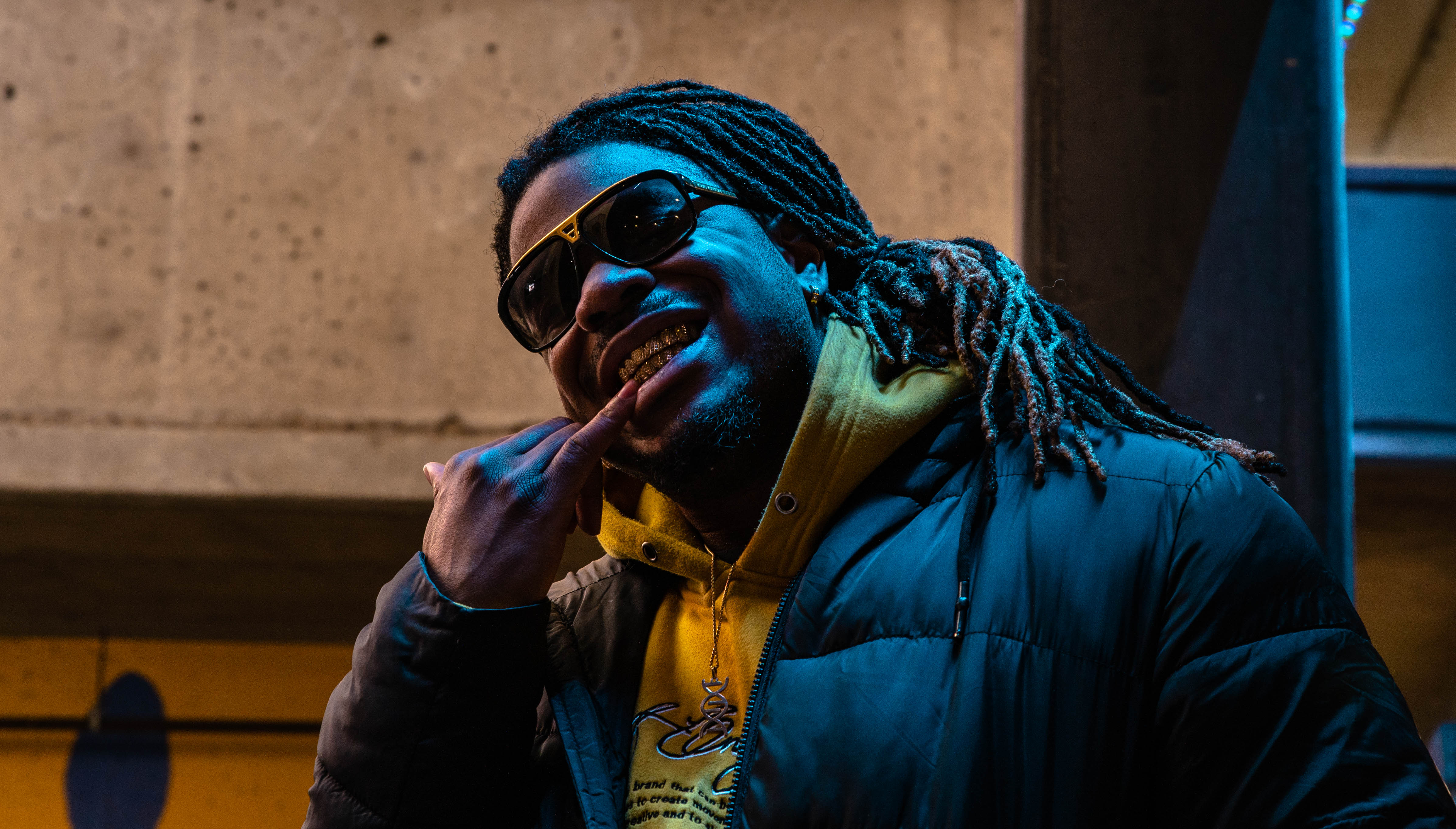 In 2017, Arnoldreleased his first two EPs — The New Wave and Tsunami SZN — and followed those up with three albums: #ForTheRecord, 10 Hour Layover and #ForTheRecord2. However, his goal with music wasn’t just to create and release album after album. “I just want to be a mogul — music is my whole life, but it’s also bigger than music,” he said. “All the artists out here need the utmost support, because we’re doing this all on our own.”

Enter the Picasso Gvng. What originally started as a fun t-shirt gimmick on Arnold’s birthday in 2019 became a label dedicated to bringing artists and producers together. He posted on social media searching for talent, and the submissions came rolling in. Rappers Forty $even, SixthAve, Jamaal Lyndell, PS Mike Rose, Jus-CJ, Dom G and Biz all answered the call, and now all are signed under Picasso Gvng Records.

“It was dope. At first, I was like, they’re all here for me right now — some people know each other, but they’re all here for me. I was kind of curious to see how they would vibe together when I step back, or if I’m doing my own thing, and they’re doing studio sessions together. But everybody gets along. I explained to them, we’re not necessarily here to become best friends. We’re here to make hits and make good music. I hope that we all arrive at a point where we can become friends and hang out, but that’s not what we’re here for.”

When the collective finally all got into the studio together, Picasso Gvng University came together very quickly. Armed only with beats from all of his producers, Arnold showed up at a 10-hour studio session with the collective ready to get to work. Without a single writing session or concept meeting, the Picasso Gvng created 15 tracks and 10 more that didn’t make it on the album showcasing their range and serendipitous chemistry.

“I basically posted beats up, and I said, ‘Who got something for this?’I freestyled, everything on this project. There wasn’t a lot of writing for this, and I think the same is true for the other artists as well. We just got together, got beats, and we would play something. ‘Who’s ready? You ready? You got something for this?’ Someone would be like, ‘Alright, let me write to this beat while you drop this hook. When this hook is done, I’ll come in and drop the verse.’” 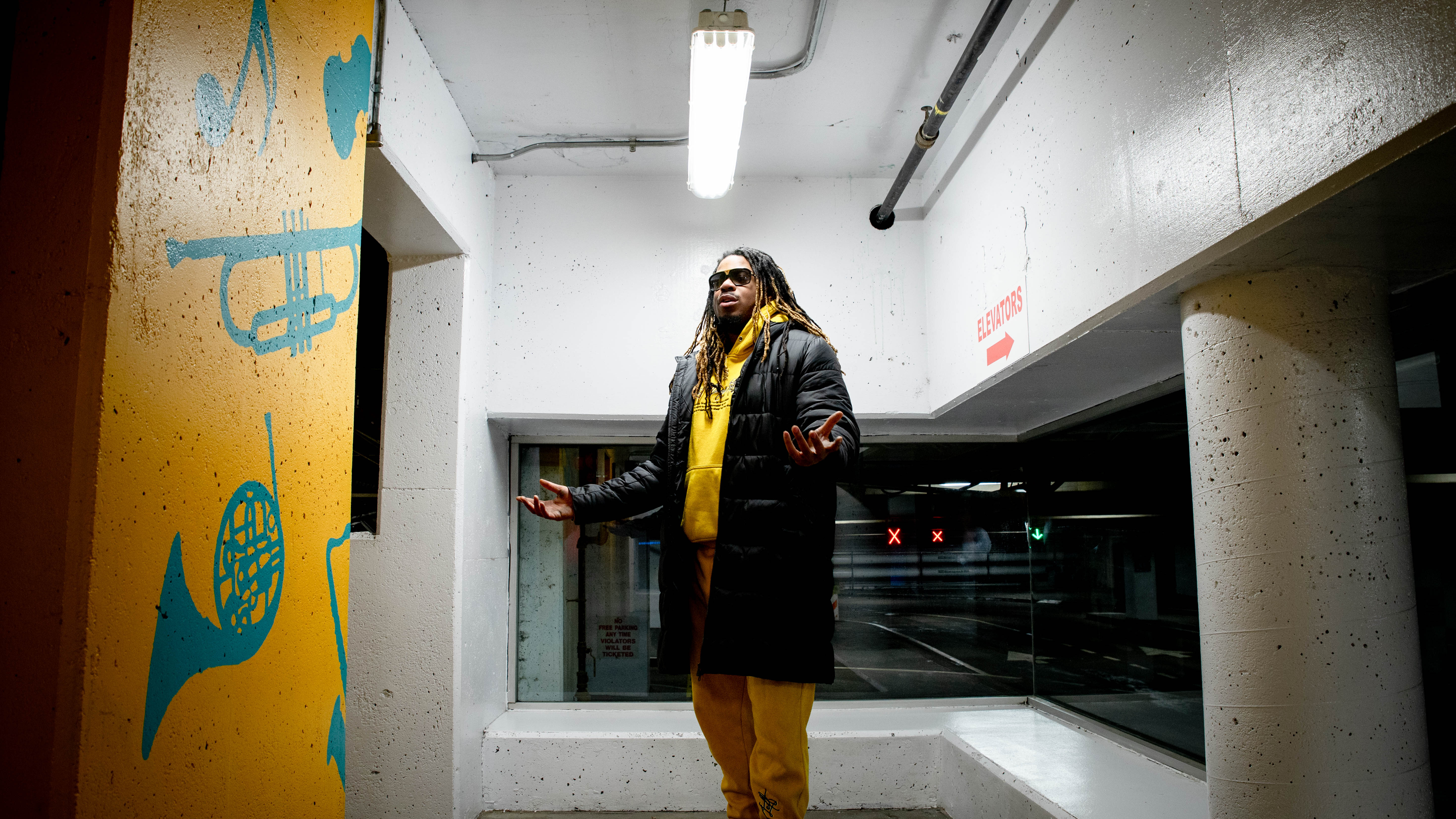 Throughout Arnold’s career, his versatility has become his strong suit, and Picasso Gvng University is just another example of what he’s capable of. Though he’s explored everything from trap to drill, he favors melodic rap as a way of expressing his feelings and sharing his personal experiences.

“I’m just gonna be real, as a rapper, I felt like it would be easier if I was just a singer. That’s why I think I took a melodic approach because I feel like I get to have feeling when I’m attaching a melody to it. Rap apparently has to be just all this hard shit all the time. Especially as a man, we don’t get to show those pockets of sadness or weakness because that’s what showing your feelings is in rap. You’re weak or you’re soft or you’re an emo rapper.”

For Arnold, sharing his real journey is important, and using his music as the vessel to do so is what’s important to him. On Picasso Gvng University, Arnold touches on his experiences as a black man in America. As an adoptee, he’s begun the process of searching for his biological parents using DNA testing, and that quest has also uncovered a new side to his history that he wants to share. “Looking at my ancestry DNA results, and seeing all the different places that my ancestors were taken from just gave me the chills,” he explained. “I’m here by chance — my ancestors didn’t willingly come here to find a better life.” 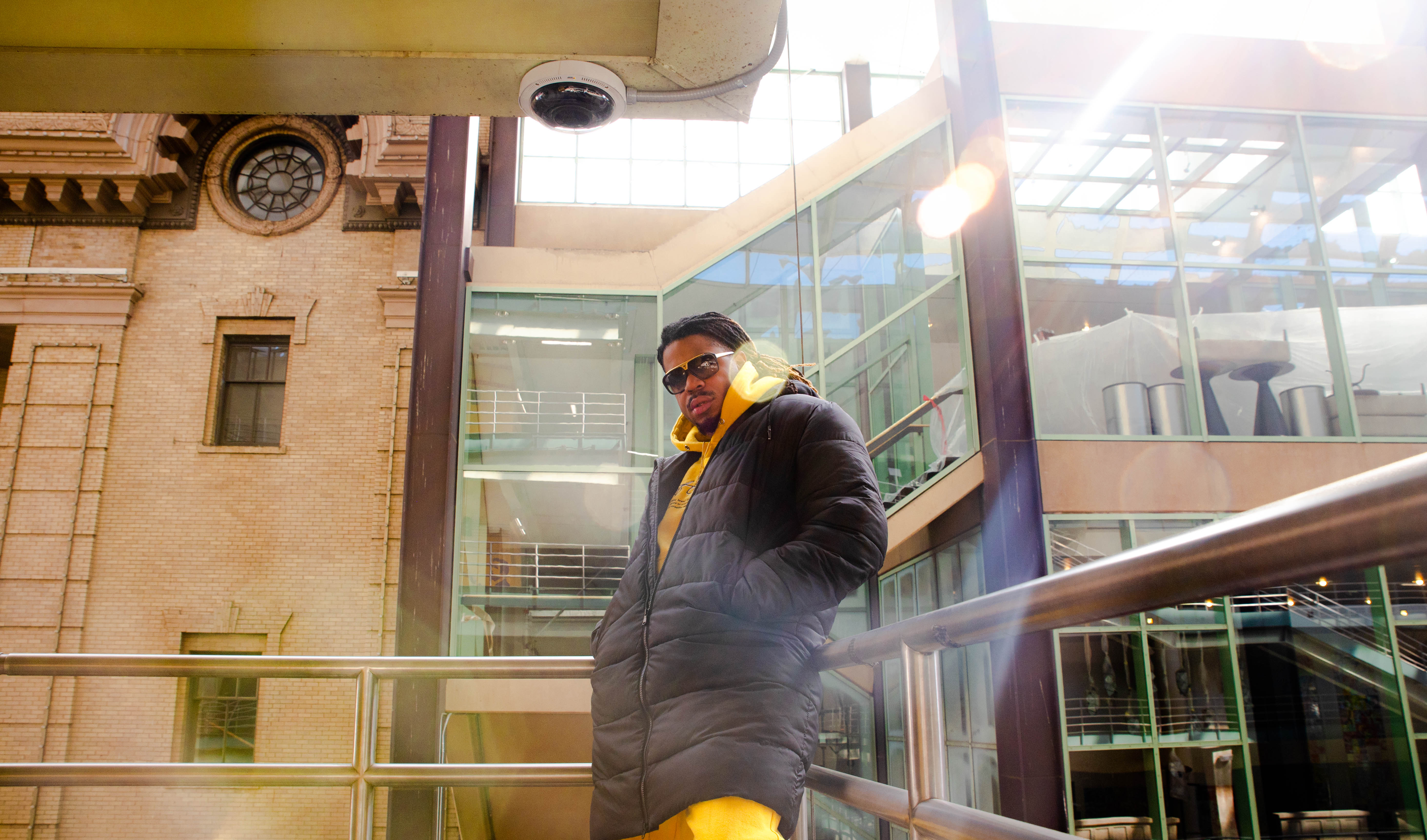 Outside of music, his experience as an adoptee has also shaped his passion for social work. As an adult, Arnold donates his time to working with homeless individuals, pursues a license in addiction counseling and is dedicated to helping youth in the foster care system.

“I’m inspired to help kids who are in the foster care system know that they’re not alone,” he said. “I just want to form a community around them, because I felt alone until up until I got adopted.”

That desire for community is one of the biggest reasons why Picasso Gvng exists, and it’s through community that a record like Picasso Gvng University is possible. With this successful launch for the collaborative out in the world, DNA is already hitting the ground running to create more music videos, more singles, more EPs and more albums for each member of the community. He’s got big plans for the Picasso Gvng, and he’s ready to share even more.

“I have this vision of the ‘Big 33’ in my head — 33 people who are writers, A&R, admin — I want to add all these different aspects of the team, and maybe create a super management team,” he said. “We can figure out how to sign artists, get them deals and show the world that Denver has something to say.” 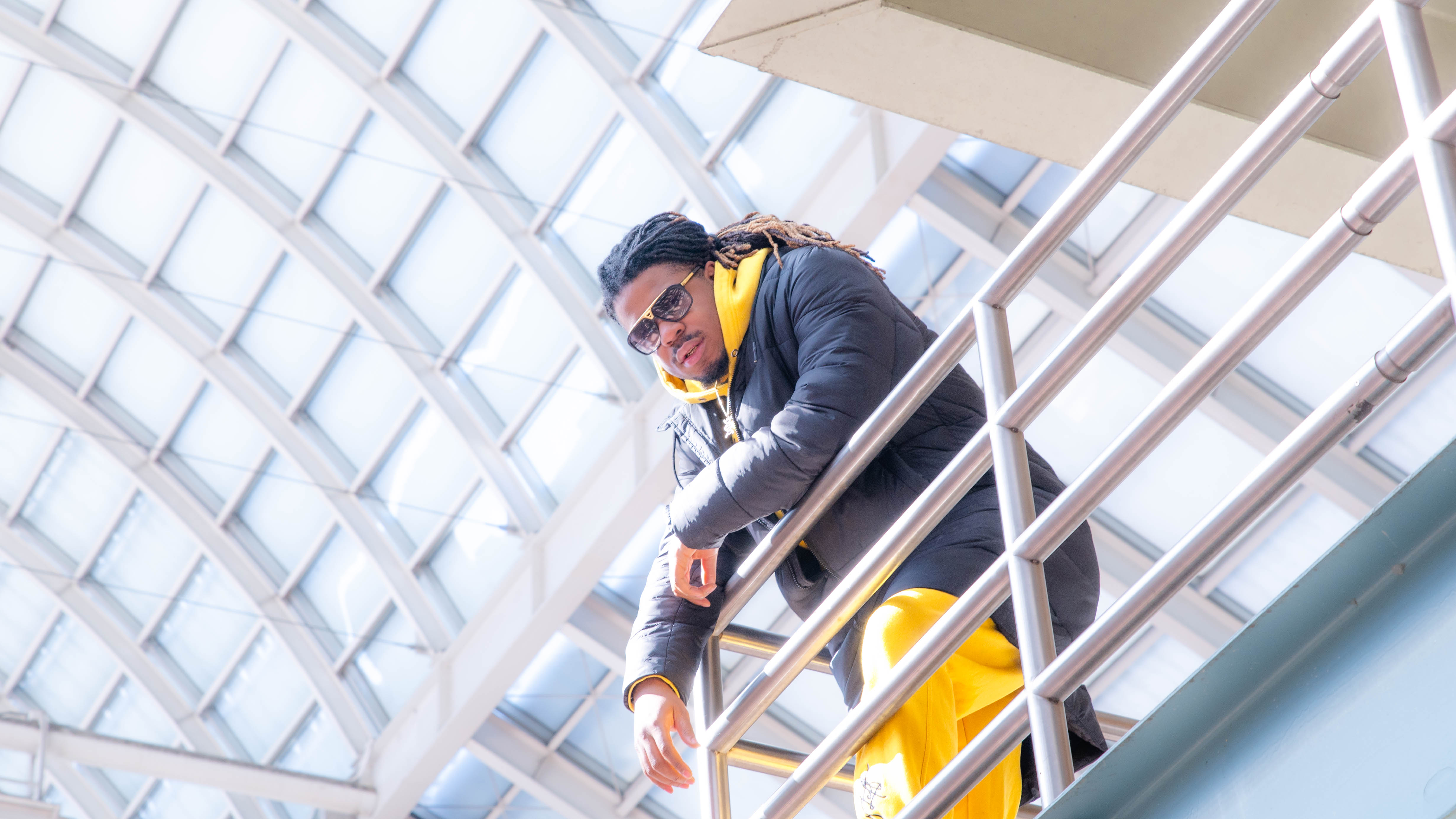 Keep up with DNA Picasso and the Picasso Gvng. Stream Picasso Gvng University on Spotify and Apple Music.